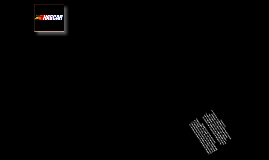 Transcript: NASCAR (National Association for Stock Car Auto Racing) is a family owned-and-operated business, that was founded by a man named Bill France, Sr. in the year 1947. As of the year 2009, Brian France, the grandson of Bill France, has been the CEO of NASCAR. The NASCAR headquarters are located in Daytona Beach, Florida. Although there are four NASCAR offices in North Carolina cities. NASCAR is the second best, only to the National Football League, amongst professional sports franchises in terms of television. My Favourite Racer is Jeff Gordon. He is Number 24. He is Currently in 6th place in all NASCAR.= for this season. Here is one of the biggest crashes in NASCAR history. 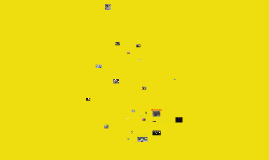 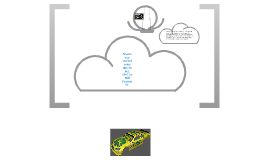 Transcript: nascar this is a very dangerous sport! Nascar was started some time in dec. 1947 by Bill Francis Sr. The first NASCAR race was held on Daytona's beach course Feb. 15, 1948, just two months after the organizational meeting. Red Byron, a stock car legend from Atlanta, won the event in his Ford Modified. Six days later on Feb. 21, 1948, the National Association for Stock Car Auto Racing was incorporated. It's not often that stock car racing is called a game of inches. In the 2003 Carolina Dodge Dealers 400, it was all that and more. Ricky Craven won the race in a stunning, side-by-side, banging and grinding battle to the checkers with Kurt Busch at Darlington Raceway. The margin of victory was a scant two-thousandths of a second -- making it the closest race since NASCAR went to electronic scoring in 1993. Give an inch, get a win DARLILNGTON, S.C. (AP) -- The five closest finishes in the NASCAR Winston Cup Series since the current electronic timing and scoring System was instituted in 1993: .002 -- Ricky Craven beats Kurt Busch, Darlington Raceway, March 16, 2003. .005 -- Dale Earnhardt beats Ernie Irvan, Talladega Superspeedway, July 25, 1993. .006 -- Kevin Harvick beats Jeff Gordon, Atlanta Motor Speedway, March 11, 2001. .010 -- Dale Earnhardt beats Bobby Labonte, Atlanta Motor Speedway, March 12, 2000. .025 -- Jimmy Spencer beats Bill Elliott, Talladega Superspeedway, July 24, 1994. Craven started his charge to the front with 23 laps remaining. A lap later, Craven moved to second when Bud Pole Award winner Elliott Sadler lost ground when he hit the wall. Busch was the benefactor of an accident involved Jeff Gordon, which put him in the lead. Craven gained ground in each of the next 20 laps, pulling alongside Busch on two occassions with two laps left. Craven then took the lead when he bumped Busch's No. 97 Ford. It didn't take long for Busch to retaliate. He bumped past Craven in the second turn, almost sending Craven's No. 32 Ford into the wall. "When we got together in turn one, I don't know how he saved it," Craven said. "Then, I don't know how I saved it. That was wild." Busch retained the lead until the final turn of the race when Craven moved to the inside of Busch's car and the two started bouncing off each other and grinding toward the finish. Craven was in front at the end, though. His other victory came at Martinsville in October 2001. "I didn't realize there was only a couple of laps left, but I knew I had to get by him," Craven said. "If we had lost that race, it would have been devastating." Busch said without the power steering problem it would have been no contest. "It began cutting out on me with 50 (laps) to go and was completely gone in the last 10 laps," said Busch, who now has three runner-up finishes in five races this season. "There's no way he would have caught me, but that car felt like it weighed 10,000 pounds at the end. Without power steering, I couldn't feel the car." Still, the 24-year-old Busch gave it everything he had and nearly pulled it off. "Coming to the line I had my foot on the floor as hard as I could and I tried to hold the wheel as straight as I could," Busch said. "He was running out of racetrack. I mean, the excitement level within the car -- you have to block it out and you have to focus on what you have to do. "There was so much going on. My arms were numb, my brain was numb." Busch seemed just as thrilled as Craven by the dramatic finish. "It was awesome. That's what it's all about -- racing as hard as you can," said Busch, who also lost a close battle with Dale Jarrett last month in Rockingham. "I drove the Ford the best I could and came up a bit shy, I guess." Craven's race average was 126.214 mph, slowed by seven cautions for 34 laps. The Daytona 500 is one of the biggest annual races in Nascar. 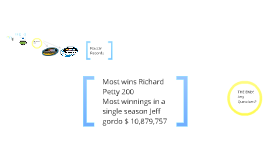 Transcript: Nascar History on Nascar The Nascar seris started in 1959. The first race was at Daytona Beach in Florida. The winner of the first official race was Red Byron Modern Era Some of the best Nascar racers are Richard Petty, Dale Earnhardt, Jimmie Johnson, and Jeff Gordon. Tracks Some of the tracks are Daytona, Talladega, Bristol,Martinsville, Las Vegas. Most wins Richard Petty 200 Most winnings in a single season Jeff gordo $ 10,879,757 THE END! Any Questions? Other Nascar seris Nascar Records Nascar's best moments 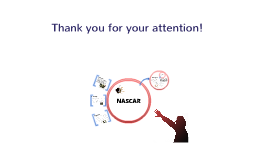 Transcript: the roll cage -- is made of the thickest tubing and is designed to stay together, protecting the driver during any type of crash The front and rear sections, the front clip and the rear clip, are built from thinner steel tubing so that they will crush if there is a collision. In addition to being collapsible, the front clip is designed to push the engine out of the bottom of the car - rather than into the driver's compartment. The Body NASCAR tyres look completely bald that's not because they are worn out though. This is because on a dry track, tyres can generate more traction if more of the rubber is in contact with the ground. Putting a tread pattern on the tire helps in wet weather, but in dry weather it is better to have the whole tire touching the ground. That's why NASCAR races stop whenever the track is wet. The Frame On tracks that are more than 1 mile long, where speeds are faster, NASCAR rules require that tyres contain an inner liner. This is essentially a second tyre mounted inside the first tyre. It mounts to the rim and has its own separate air supply. If the outer tyre blows, the inner tyre is still intact, allowing the driver to bring the car to a controlled stop. Most of the teams remove the air from the tyres and replace it with nitrogen because compressed nitrogen contains less moisture than compressed air. When the tyre heats up, moisture in the tyre vaporizes and expands, causing the pressure inside the tire to increase. The Tyres The Engine NASCAR All of the body panels are made by trimming and then hand-rolling flat sheet metal between the rollers of an English wheel, which slowly bends and curves the metal until the contour matches the templates and fits on the car. Very tight tolerances are used tightening the tolerances - helps the engine achieve its maximum potential power and also helps reduce wear. If parts are too big or too small, power can be lost due to extra friction or to pressure leakage through bigger than necessary gaps. Dodge provides the engine block and cylinder head for the engines used by Bill Davis Racing. They are based on a 340-cubic-inch (5.57-liter) V-8 engine design that was produced in the 1960s. NASCAR was founded by Bill France Sr. in 1947 Thank you for your attention! The shape of the car is mostly determined by NASCAR rules. These rules are encapsulated in a set of 30 templates, 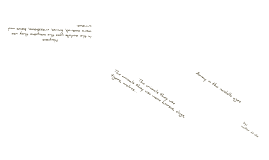 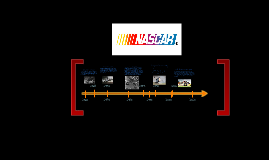 Transcript: Dale Earnhardt in Daytona Rusty Wallace in Daytona and Talladega 2000 1993 I would just like to say that these are not my words but the words of the people at www.popularmechanics.com 1964 By: Rebecca Sessions Richard Petty in Darlington Fireball Roberts in Charlotte 1987 To most observers, Earnhardt's fatal crash doesn't look very life-threatening at all. There seem to be dozens of more violent crashes every season. But it was how his black Chevrolet hit the wall--stopping suddenly and sending all that inertial energy into Earnhardt's body--that was so devastating. At nearly 200 mph, a race car is as much an airplane as it is a car. If air gets underneath a car and lifts it up into the air, the aerodynamic forces at work are so great that the four tiny patches where the tires connect to the pavement can easily be overwhelmed. During the 1993 season, Wallace's Ford Thunderbird took flight twice--once each at the Daytona and Talladega superspeedways. While the first flight at Daytona may have been induced by a tag from Derrike Cope or another car, the one at Talladega was surely due only to aerodynamic forces. 2001 Roberts was running in mid-pack during the 7th lap of that year's World 600 at Charlotte Motor Speedway in late May-But Ned Jarrett and Junior Johnson collided in turn two and, while trying to avoid that pair, Roberts' Ford spun, slammed backward into the inside retaining wall, rolled over and burst into flames. Ask any fan who was at the 1970 Rebel 400, and he'll tell you that everyone there was convinced that Petty had died. When his Plymouth Road Runner violently rammed the inside retaining wall and rolled along the front straight at South Carolina's Darlington Raceway, Petty himself was clearly visible in the shredded car, his arms outside the driver's side window flopping about. On the 22nd lap, Allison's Miller-sponsored Buick LeSabre blew its right rear tire coming onto the front tri-oval and began to spin. Not only was Allison going 200 mph in a Buick, he was going 200 mph in a Buick traveling backward. And when air got under the LeSabre's hind end, the car lifted off like a Cessna, rose above the retaining wall and pirouetted along the catch fencing that separated the track from the fans. When the flying Buick finally came down, it was hit by several other race cars. Allison emerged unhurt, but several fans in the stands were slightly injured 1960 2010 1970 1970 1990 1980 Bobby Allison in Talladega