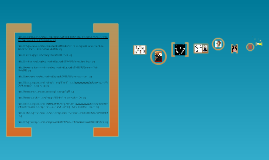 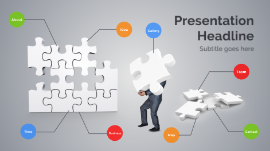 Transcript: Modern fashion HATS RVCA SUN HATS snappacks FEDORA -TRILBY There use for fashion and sometimes for not to get sun burn. HATS TYPES -HOMBURG HATS JONH.F KENNEDY -KENNEDY Kennedy was inaugurated i 1961,he made story in the fashion in the world with a single act. HATS cap COWBOYS HAT Now in days snappacks are more useful. 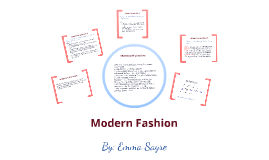 Transcript: References Answers 1,2,3, and 5 What are words to do with fashion and what do they mean? Bye and thanks for watching! :) 1. What is the most popular accessory that women wear? Teens? 2. How does fashion define a person? 3. To be cool, why do you have to have a great sense of style and all the latest clothing and style? 4. Are teens more likely to be "on top" of fashion trends and fads more then women? 5. Do boys worry about fashion too, or do they just throw something on that doesn't smell too bad? 6. Why do people automatically like what celebrities wear, even if they don't like it of if its ugly? 7. What are some words that have to do with fashion and what do they mean? Unfortunately I could not find the answers to these questions. I looked very hard for these answers but all I found was opinionated answers and most of those didn't even make sense. ); Why do people like whatever celebrities wear, even if its totally ugly and they hate it? Answer to question 7 My Research Questions Modern Fashion Clothe- to cover with or as if with garments Clothes-a person's garments as a whole Cool- freed or giving the impression of freedom from all agitation of excitement Fashionable- synonyms= stylish, chic, dashing, exclusive, trendy, and with-it Answer to question 6 Answer to question 4 Are Teens more likely to be "on top" of the latest trends and fashions more than women? Answer: People tend to imitate or follow fashion trends of a person or group that they identify of think is cool. Regular people also tend to think it will raise their social position. Most people also think of it as a way to make themselves more attractive. Answer: More and more teens are now shopping at adult stores for adult fashions at a younger age. So I guess that there are two ways you could answer this question. One way is to say that teens are because they are shopping at adult stores and getting trends before adults do and that the stores are beginning to try to sell to them. But you could also argue that teens are coming to adult stores for the latest trends and that women are more "on top" of fashion. By: Emma Sayre 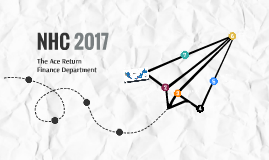 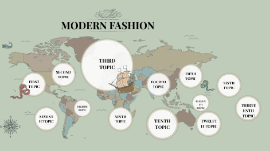 Transcript: MODERN FASHION FIRST TOPIC THE TAMING OF THE SHREW The Taming of the Shrew is a comedy by William Shakespeare, believed to have been written between 1590 and 1592. The play begins with a framing device, often referred to as the induction, in which a mischievous nobleman tricks a drunken tinker named Christopher Sly into believing he is actually a nobleman himself. SECOND TOPIC GRUMIO Petruchio’s servant and the fool of the play—a source of much comic relief. PETRUCHIO Petruchio is a gentleman from Verona. Loud, boisterous, eccentric, quick-witted, and frequently drunk, he has come to Padua “to wive and thrive.” He wishes for nothing more than a woman with an enormous dowry, and he finds Kate to be the perfect fit. BAPTISTA MINOLA Minola Baptista is one of the wealthiest men in Padua, and his daughters become the prey of many suitors due to the substantial dowries he can offer. He is good-natured, if a bit superficial. BIANCA The younger daughter of Baptista. The lovely Bianca proves herself the opposite of her sister, Kate, at the beginning of the play: she is soft-spoken, sweet, and unassuming. LUCENTIO A young student from Pisa, the good-natured and intrepid Lucentio comes to Padua to study at the city’s renowned university, but he is immediately sidetracked when he falls in love with Bianca at first sight. CHARACTER INTRODUCTION: TRANIO BIONDELLO KATHERINE HORTENSIO GREMIO VINCENTIO Lucentio’s servant. Tranio accompanies Lucentio from Pisa. Wry and comical, he plays an important part in his master’s charade—he assumes Lucentio’s identity and bargains with Baptista for Bianca’s hand. Lucentio’s second servant, who assists his master and Tranio in carrying out their plot. The daughter of Baptista Minola, with whom she lives in Padua. She is sharp-tongued, quick-tempered, and prone to violence. Hortensio directs Petruchio to Kate and then dresses up as a music instructor to court Bianca. Hortensio ends up marrying a widow. Was rivals with Hortensio. Thwarted in efforts by Lucentio Lucentio's wealthy father from Pisa. THIRD TOPIC GRUMIO I think these servant/poor people's clothes is suitable for Grumio. The main reason is because, well, he is Petruchio’s servant. Another reason is because I think these Korean servant/poor people's clothes show the ‘poorness’ better than Italian servants’ clothes. Italian servant clothes still have color, looks decent and neat, and also looks like clothes for everyday wear. On the other hand, Korean servants’ clothes are made of a plain, dull-colored cloth, and doesn’t have fancy patterns. Double click to edit Click to see outfit FOURTH TOPIC PETRUCHIO I think that these tradtional Korean clothes would suit Petruchio. Based on Petruchio’s description in the book, he was a gentleman. I think the no-ri-gae [노리개(no-ri-gae): the traditional Korean accessory that you hang on the inside of the belt] and sat-gat [삿갓(sat-gat): traditional Korean hat for men only) helps the outfit look sophisticated. Although the description says that Petruchio was wealthy (and in stories, wealthy people usually wear extremely fancy clothes), I think he would be the type to wear simple-looking clothes. Left: traditional Korean men's Hanbok Middle: no-ri-gae Right: Sat-gat Click to see outfit I can imagine Baptista Minola as this smiling old man. Since he is wealthy, I thought it would be appropriate for his Hanbok to have a little bit of fancy embroidery on the belt. I think the brown color of the Hanbok gives off a soft and fatherly vibe. Also, I think that brown (don’t get me wrong, I absolutely love brown) is a color that not a lot of young people wear, so I thought that it would be nice if Baptista wore brown. BAPTISTA MINOLA FIFTH TOPIC Click to see outfit In the book, Bianca is soft-spoken, sweet and unassuming, as well as beautiful. I actually found two pictures of the Hanbok that reminded me of Bianca. The one on the left reminds me of Bianca’s wealth. The color pink and white make the Hanbok look like it was made for mature young women, and the gold details add in to make the Hanbok pretty, maybe to show Bianca’s beauty. The skirt of the Hanbok on the right, is ombre in the shade of purple. The color purple represents royalty, the details are less noticeable, and the skirt looks matte, so I think those qualities make the outfit look sophisticated, which suits Bianca. BIANCA SIXTH TOPIC Click to see outfits Hortensio is a gentleman of Padua who dresses up as a musical instructor to teach Bianca music. Because he dressed up as a music instructor, I believe he would’ve carried around an instrument around with him. I chose the Hanbok below because of two things. First, the sleeves of the Hanbok are different from other normal Hanboks; the sleeves are tight around the wrist so that it’s not distracting when playing the instrument. The second reason is that the color of his Hanbok isn’t bright but a dull, light brown color, similar to the traditional Korean instrument, geomungo [거문고 (geo-mun-go): 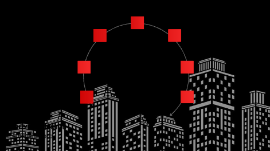 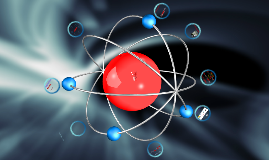