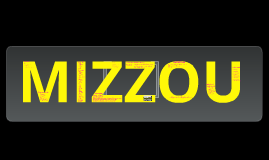 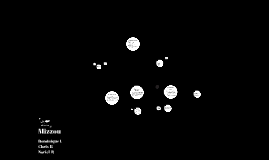 Transcript: The average graduation rate is 69.8%. Student rating's on Mizzou 88 percent rate their educational experience as positive or very positive. 85 percent rate their academic department experience as positive or very positive. 83 percent rate their out-of-classroom experience as positive or very positive. Size And Demographics He say's staying off campus is more responsibility because on campus you are on campus and close to your classes. But living off campus you have to wake up early to fix your food and get to your classes. How are the parties? Housing Requirements Graduation rate FEEL FREE TO COPY & PASTE THEM! Dominique L Chris R Noriel R Background Students can choose from 100 different living and learning options. Examples -Thematic Learning Community -General Learning Community Men Sports -Baseball -Basketball -Cross Country -Football -Golf -Swim & Dive -Track & Field -Wrestling Questions? Here are some extra assets : Whites:78.8% Blacks:8.2% Non-Res.:3.6% Hispanic/Latino:3.5% Two Races+:2.8% Asain:2.3% Aliens:0.8% Women Sports -Basketball -Cross Country -Golf -Gymnastics -Soccer -Softball -Swim & Dive -Tennis -Track & Field -Volleyball More than 300+ degree programs with 3 professional tracks Professional tracks that include Pre-Law, Pre-medicine, Pre- veterinary medicine Ex- Engineering, Business administration, Art, Education, etc... What was college your first year? He said that his first year was tough getting adjusted to being alone for the first time and finding his place as an african American male because Mizzou is a PWI. He later found organizations and programs that helped him fit it. How is it like living off campus ? Athletics (Division 1) In state tuition- $10,586 room and board-$10,062 Total of-$20,648 Out of state tuition-$25,198 room and board- $10,062 total-$35,260 Extra Curricular Activities 600+ Student organizations Ex: National Society of black Engineers What they do they "serve the campus and the surrounding community through member-to-member and member-to-youth mentor ship. Also, we provide programs and resources that can be used to the advantage of members including test banks, peer resume reviews, and networking opportunities with faculty and company representatives." 50+ Fraternities and Sororities Ex: Alpha Gamma Sigma( fraternity) - Alpha Chi Omega - ΑΧΩ(sorority) ΑΓΣ 30+ Musical Ensembles Ex: Marching Mizzou- Concert Band Costs of Attendance Mizzou has a nice 1,262 acres with a diverse community. Interview Q's and A's Mizzou Mizzou was founded in 1839 in Columbia,MO as the first public University West of the Mississippi River. He say's that the parties are fun because there are people from different cities and countries so you get exposed to different music and foods. Majors High school credits English- 4 units Mathematics-3 units Science-3 units Foreign Language-2 units Fine Art- 1 unit ACT Scores 23 with a GPA of 2.80 22 with a GPA of 2.90 21 with a GPA of 3.05 20 with a GPA of 3.20 19 with a GPA of 3.35 18 with a GPA of 3.5 17 with a GPA of 3.65 add logo here 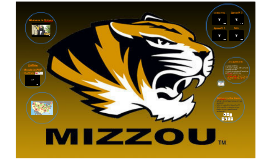 Transcript: ***File naming system: Save the file as “FirstName_LastName_L1_Essay”. If you do not use the format I will not check your work! You will upload the .docx, .doc, or .pdf file to Canvas. Speech 1 College Prep Grades What's the importance of free speech? Why is equality important? Why would someone step-down from a position of authority? 10A Mizzou in the News 1. Student Writes 2. Teachers Edits with symbols 3. Student Edits 4. Student submits all versions to Mizzou on Canvas Assignments elizabeth.miller@cda.colegiodante.com.br Welcome to Mizzou Online Speech 2 Books in PDF Canvas 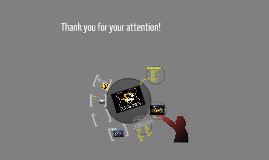 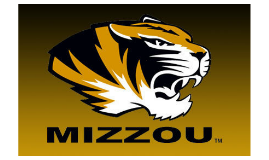 Transcript: The University of Missouri plays in the SEC and has a 6-0 start this football season. Winning by an average of 21 points per game, also upsetting #7Georgia over the weekend. Missouri wins an average of 8.3 games per year in the last 10 years. hg 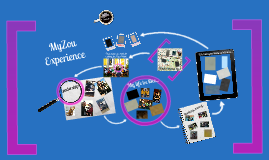 Transcript: MyZou Experience Where I grew up.. These boots were made for walking..the Tiger Walk! Leadership Volunteering at Second Chance My life be like... Studying...kind of.. Uh-huh you know what it is... My mom and I on Family Weekend! Columbia Cheering on the Cardinals with Sabrina! Rolla To be continued... Competed in the Artful Bra Contest with my "Plucking out Cancer one-by-one" bra and raised $175! St. Louis 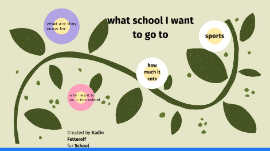 Transcript: Created by Kadin Fetterolf for School what school I want to go to what is this college know for. The most popular majors at University of Missouri include: Business, Management, Marketing, and Related Support Services; Health Professions and Related Programs; Communication, Journalism, and Related Programs; Engineering; and Biological and Biomedical Sciences. what are they know for why do I want to be in this school. why i want to be in this school I want to be in school because i want to work with medicine when I grow up and this is a good collage for it. how much it cots It costs $26,611 a year and that sounds like a lot but I think it is not that much. how much does it cost? they have a pretty good football team and a pretty good basketball team too! mizzou sports. sports 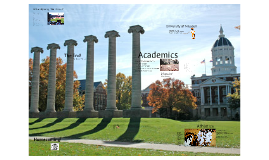