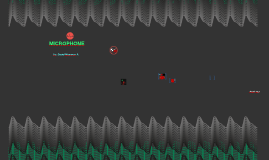 Transcript: MICROPHONE What's that??? Thank You! The first one dates to 600 BC. it was a mask with specially designed mouth openings that acoustically increased the voice in amphitheaters. German inventor Johann Philipp Reis designed an early sound transmitter that was electronic and would produce intermittent current. Alexander Graham Bell's telephone in 1876– got a better microphone, however, gave a very poor sound quality. Types of microphone By: David Moscoso A. 1 Crystal microphone 2 Cardioid microphone 3 Condenser microphone 4 Laser microphone 5 Ribbon microphone 6 Electric microphone 7 Dynamic microphone 8 Fiber optic microphone 9 Carbon microphone 10 Liquid microphone History Microphones are used in many applications such as telephones, hearing aids, public address systems for concert halls and public events Thanks for all it's an acoustic-to-electric sensor that converts sound in air into an electrical signal Uses 62 ECG bpm 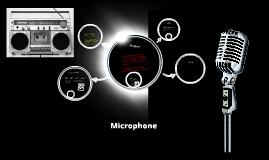 Transcript: In 1827, Sir Charles Wheatstone was the first person to coin the phrase "microphone." In 1876, Emile Berliner invented the first microphone used as a telephone voice transmitter. http://inventors.about.com/od/mstartinventions/a/microphone.htm FM broadcast radio sends music and voice with less noise than AM radio FM Radio Microphone Microphones convert sound waves into electrical voltages that are eventually converted back into sound waves through speakers. http://inventors.about.com/od/mstartinventions/a/microphone.htm Radio How they work! Made people believe that a sound amplifier could be created Early uses were maritime, for sending telegraphic messages using Morse code between ships and land Today, radio takes many forms, including wireless networks and mobile communications of all types, as well as radio broadcasting Sir Charles Wheatstone AM Radio http://artsites.ucsc.edu/ems/Music/tech_background/TE-20/teces_20.html http://vimeo.com/72158902 Microphone The End Emile Berliner AM radio uses amplitude modulation, in which the amplitude by the microphone, while the transmitted frequency remains unchanged. 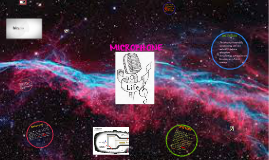 Transcript: A microphone is a device that converts mechanical energy waves or sound into electrical energy waves. Speaking into a microphone exates (moves) a diaphragm that creats an electrial current proportional to the sound waves produced RAW MATERIALS Microphone is tested by placing the voice coil assembly in a test station Noise singnal, which contains all audible frequncies at one times Frequency responseis then measured to ensure that the microphone is within specifications THE FUTURE Background Classic microphone Dynamic Microphone The industry is constantly experimenting with raw material to improve microphone As technology, microphone are becoming more & more common QUALITY CONTROL Thomas Alva Permanent magnet are generelly made from a neodymium iron boron compound The voice coil & cable are made from copper wire he case is usually made from aluminum sheet & sometimes plastic The first microphone was invented as telephone transmitter by Alexander Graham Bell (1876) Not very practical 1886-Thomas Alva invented the first practical carbon microphone Microphone technology would come in 1931-moving coil or dynamic by A.C Thuras 1931 ribbon microphone was intodused by RCA HISTORY MICROPHONE Copper wire

Transcript: Microphone was the first person to "coin" the term microphone . Charles was an English physicist and inventor who worked with the electric telepgraph. Most people used the term microphone to describe stethoscopes, because they were used for amplifying sounds. 1920 Elsiha Gray was the 39th entry of the day Every one of these microphones were ended in the 1990's. This would make way for newer and more advanced microphones in the 2000's 1895 1877- Alexander was the 5th entry of the day How the microphone works. Also popular for Broadcasting in the 1920's In the 1940's, many broadcasters switched to the Directional microphone. These microphones gave the broadcasters different patterns to choose from, which could be switched. Particulate Flow Detection Microphone During this time, these different people invented the Liquid Microphone. The definition was "An instrument in which small sounds are intensified. Elisha Gray RCA's original logo. These microphones are made to detect sounds vibrations in objects that are far away. They can detect pressure waves in the air and convert them to sound. Alexander Graham Bell makes his way into microphone history yet again with Emile Berliner. After Berliner made his telephone transmitter, Bell found out, and bought the design from Berliner for $50,000. For an example of a laser microphone, there could be a conference in a room, with a laser microphone placed somewhere in the room. While people are talking, the laser will detect vibrations and bounce back to the detector. Most of these microphones used close to one horsepower to work The first phone conversation between Bell and Watson used an early version of a liquid microphone Condenser Bell recieved patent 174,465 for the telephone In the dynamic Microphone, sound waves cause the thin strips of the diaphragm to move the magnet which moves th coils and makes a current. Emile Berliner The carbon microphone ends in the 80's Citations Timeline Majoranna,Chambers,Vanni and Sykes U.S. patent 7,580,533 The word microphone first appeared in a dictionary in 1638. These microphones had to use very low powered radio transmitters,or else the circut would overheat This microphone is used for soilders to detect the direction of bullets in a very loud place, by blocking out all other sounds and measuring mechanical movement of individual air particles Wireless telepgraphy has been invented by Nikola Tesla in 1895 Many companies were now designing and making carbon microphones, which gave radio stations better sound quality with less power usage. 300 B.C Modern day microphone 1860's 1906-1914 On Feburary 14th, 1876, both of these men sent in an invention to recive a patent. Each man sent in pretty much the same design, and even though it is argued who sent it in first, Alexander "won" the patent. At this point in time people were trying to find a way to send wireless speech signals. The only microphone available was the one on a telephone transmitter. RESLO Superstar microphone In most studios, the Candlestick telephone ws used as the radio microphone. People would talk into the mouthpiece and the reciever would be connected to radio transmitters so people could listen. United States Patent 3,118,022 Popular broadcasting microphone in the 1920's Microphone VS. The first AM commercial radio brodcast was made by KDKA in 1921 RCA 44 Style Ribbon Microphone MOst sensitive microphone Made by Sonion Microphone RCA logo now It was called the Carbon Granule Transmitter 1930's RCA's original logo. The Electric microphone RCA introduced this pressure microphone in the early 1950's. It was usually made for speech and music, and mounted on an Atlas Stand. It was used at radio station KSL in Salt Lake, Utah. 1900 Around the 1870s, Elisha Gray invented a liquid transmitter, to be used for a telephone. This used a battery connecting two rods, which changed in proportion to sounds. Worlds most expensive microphone This microphone was a favorite for pop stars of that time. RCA's original logo http://mrtripodi.pbworks.com/Eric-Collins-Microphone-notes Western Electric Double-Button Carbon Shure Unidyne Model 55 This is Elisha Gray's model of his design compared to Alexander Grahm Bell's design. Johann Philipp Reis Μικροφονε This microphone is 2.6 x 1.6 mm Neumann U47/67 Johann Philipp Reis WAS A GERMAN physicist WHO WORKED ON A TELEPHONE TRANSMITTER. hIS DESIGN USED A METTALIC STIP ON A MEMBRANE TOUCHING A METAL BALL COMPLETEING AN ELECTRIC CIRCUT. 1940's In the 1960's, James West and Gerhard Sessler invented the electroacoustic transducer, or an electric microphone. Commerical Broadcasting Era Western Electric Condenser Elsiha Gray Dynamic This definition applied to ear trumpets and megaphones of that time. 1886-1892 Sir Charles Wheatstone 1870's 1827- Thomas Edison improved the microphone by adding a small button like container. It worked like a piston in the microphone, and gave it a high reliability. Almost 1 billion of these were manufactured every 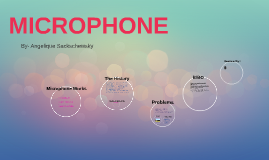 Transcript: 1827, Sir,Wheatstone, 1st to used the phase" mic." 1876- Emile Berliner invented 1mic. ( Telephone voice transmitter) 1878- Carbon mic invented by David Edward Hughes. 1920's- Mr. Hughes's mic was later developed Mr. Hughes's mics are still in use for now. 1942- ribbon mic- radio broadcasting 1964- James West and Gerard Sessler made a elect microphone. 1970's- dynamic and condenser mics were developed Microphone Works Developments A transducer Gives information Sound information They can come in Any sizes (PIC below) BIBO There are many problems with mics They can make funny noises They will stop working If you use them to much they will get funny like when it goes to the speaker it will make screechy noises Newsworthy? Problems By- Angelique Sackschewsky Sizes It is not Newsworthy. But it could, because they sell mics Condenser-used for movies RF condenser mic- nice mic usually used for karaoke Electrect condenser-built in mics Dynamic-singers & speaker(a person speaking into) onstage mic(AKA my favorite mic) Ribbon - coil mic Carbon-button Piezoelectric/ Crystal- magnetic coil pickups- guitars Fiber optic- usually in plays Laser- spy gadgets Liquid MEMS The History https://en.wikipedia.org/wiki/Microphone http://artsites.ucsc.edu/ems/music/tech_background/te-20/teces_20.html Also to my birth- cousin who is 38 years old he works mics Kinds of Mic There have been developments to the mic. The casing has change, the mouth has changed, There are batteries, Different colors, you can get it designed by a company, MICROPHONE 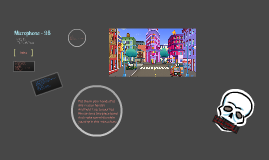 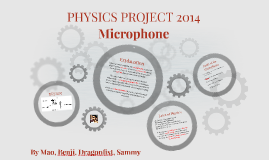 Transcript: $0.00 Thank You ! PHYSICS PROJECT 2014 Microphone Explanation By Mao, Benji, Dragonfist, Sammy Laws of Physics DESIGN Parts of the Microphone Application of Faraday's Law of Electromagnetic Induction : The e.m.f generated in a conductor is proportional to the rate of change of magnetic flux linking the circuit. In this case the sound waves causes vibration, which is kinetic energy. Hence the device makes use of Faraday's Law of Electromagnetic Induction to convert the kinetic energy into electrical energy. - Metal Tin Can or any thin metal based can from home. - Phono Plug from an old Ear piece. - Paper tape (masking). - Copper Wire from Physics lab. - Two Strong Magnets. When someone speaks, the sound wave causes the diaphragm to vibrate, hence the permanent strong neodymium magnet attached to the diaphragm will vibrate also up and down vertically. The suspended coil of copper wire/solenoid experiences a changing magnetic flux in linking to the computer speaker circuit when the microphone and computer are connected using the phone plug. Hence an induced current flows through the circuit into the computer amplifier and speaker to be recorded.