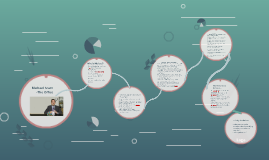 Transcript: PRESENTING PROBLEM(S) Who is Michael? mom and step dad: half-sister: not been in contact since 2005. Lonely childhood. denies having had or having any medical issues. denies having had or having any legal issues drinks alcohol on seldom. denies homicidal and/or suicidal ideation. denies hallucination. cooperative during intake. well and appropriately dressed. made constant eye contact during intake. speech was normal. Michael Scott -The Office Micheal Scott is born on March 15th 1964 in Scranton Pennsylvania Manager of Dunder Mifflin Paper Company. Irish, German, English and Scottish and part Native American. Currently single but actively looking. Utilizing Mindfulness brings awareness to behavior, attention seeking behavior, expressions of emotions. helps regulate self. struggles connecting and communicating with people on a professional and personal level unless he is the center of attention. inappropriate interactions with others/sexually provocative: seeks to be the center of attention especially with "that is what she said" "jokes". impersonates actors and overly theatrical to express emotions to communicate/seek attention: Toby returns. False sense of intimacy: ex-girl friend/children, colleagues like family. perceived self importance: Santa/Jesus, World's Best Boss. influenced by others: Jim and Dwigth. Histrionic 1) is uncomfortable in situations in which he or she is not the center of attention (2) interaction with others is often characterized by inappropriate sexually seductive or provocative behavior (3) displays rapidly shifting and shallow expression of emotions (4) consistently uses physical appearance to draw attention to self (5) has a style of speech that is excessively impressionistic and lacking in detail (6) shows self-dramatization, theatricality, and exaggerated expression of emotion (7) is suggestible, i.e., easily influenced by others or circumstances (8) considers relationships to be more intimate than they actually are he doesnot "demand" the attention; he "seeks" it. doesnot focus on/obsessed with "self praise"; values connecting with others. easily influenced by others. doesnot focus on prestige, vanity and pride. Not Narcissistic Because... Logo 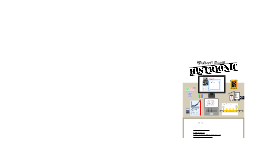 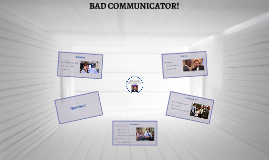 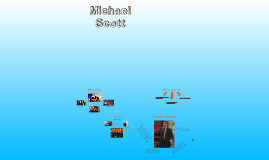 Transcript: Michael Scott Life as Manager "World's Best Boss" "80% distracting others, 19% procrastination, and 1% critical thinking"-Jim Halpert Alter Egos Agent Michael Scarn Date Mike santa Bond Prison Mike Quotable Quotes "If you always try to be normal, you'll never know how extodinary you could be."-Michael Scott “People will never be replaced by machines. In the end, life and business are about human connections. And computers are about trying to murder you in a lake. And to me the choice is easy.”-Michael Scott “Well, that’s easy for you to say. You have a bad imagination, it’s stupid. I live in a fantasy world.”-Michael Scott Michael Moments http://www.hulu.com/watch/96408/the-office-parkour?c=0:35 http://www.hulu.com/watch/163039/the-office-michael-moments?c=0:40 http://www.hulu.com/watch/6158/the-office-safety-training?c=0:30 “Business is like a jungle. And I am like a tiger. And Dwight is like a monkey that stabs the tiger in the back with a stick. Does the tiger fire the monkey? Does the tiger transfer the monkey to another branch? Pun. There is no way of knowing what goes on inside the tiger’s head. We don’t have the technology.-Michael Scott Michaels "Friends"/Employees 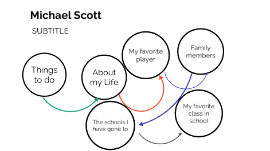 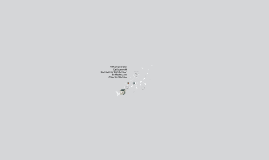 Transcript: Michael Gary Scott 1967- Present Birthday - March 15, 1964 Race - White Gender - Male Hilarious Caring Serious Michael Scott is my hero and I admire him because of him liking people, him helping people, him being funny, him just being an average him with average him problems, him gets it, him is not afraid to polar express himself. DO YOU REALLY WANT TO KNOW Y ? HE IS MY HERO RELAtable quote #2 job REASON #2 Work Cited information REASON #1 www.google.com www.youtube.com www.hollywood.com My Brain, My Heart and My Netflix KARL'S SPEECH One day I wish, my dream, my goal, is to be LIKE MIKE Michael Gary Scott Karl Burrows II also known as "Karl the Duce" karltheduce.com iTunes Karl the Duce why? MAiN REASON traits REASON #3 quote #1 moment of silence for Michael Gary Scott Michael Scott is a manager of a branch of the company, Dunder Mifflin He worked his way up to his position by being a sales representative answering phone calls, making phone calls and doing his job Michael is a boss and always will be 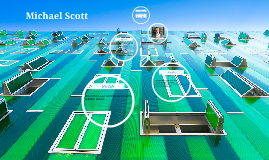 Transcript: Michael Scott was born September 28, 1959 in Dublin, Ireland. Career http://www.dillonscott.com/ http://en.wikipedia.org/wiki/Michael_Scott_(Irish_author) Tales from the Land of Erin Series The De Danann Tales Series The Secrets of the Immortal Nicholas Flamel Series Judith and The Traveller His Life Michael Scott began writing over twenty-five years ago, and is one of Ireland ‘s most successful authors, with one hundred titles to his credit, spanning a variety of genres, including Fantasy, Science Fiction and Folklore. He writes for both adults and young adults and is published in thirty-seven countries, in twenty languages. Books His Picture Sources Michael Scott