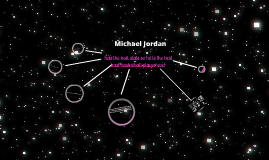 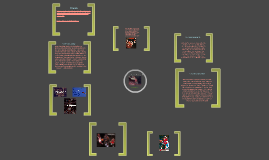 Transcript: Michael Jorden has played for many different teams, all of which will never forget him, and think of him as a basktballing God.He once played for University of North Carolina at Chapel Hill, where he was a member of the Tar Heels' national championship team in 1982. Michael Jorden, also known as MJ, then moved to the NBA's (national basketball association) Chicago Bulls in 1984. He was known there for wearing the number 23 top. During MJ's time in the NBA, he quickley became a champion, a superstar who was pactically un-defendable. Michael Jeffery Jordan was born on the 17th of February 1963. He a basketball legend, and a player that will never be forgotten. He was once the best basketball player in the entire world, and a much respected player among athletes. He is now retired after having a career that no other human has ever achieved. As soon as anybody says the words " greatest player of all time" any basketballer from 5 to 50 will think of Jorden. WHAT HAS HE DONE? apart from being the best basketballer ever known, Michael Jordan has given the people who live for basketball, an inspiration, He has given anyone who wants to be a sports legend a dream, and a reason to become a proffesional athlete. as well as being a champion on the court, he was an inspiration off the court. he has said many famous qoutes, and one of them is “I’ve missed more than 9,000 shots in my career. I’ve lost almost 300 games. 26 times I’ve been trusted to take the game winning shot and missed. I’ve failed over and over and over again in my life. And that is why I succeed.” ~ Michael Jordan http://www.google.com.au/imgres?q=michael+jordan+quotes&start=107&um=1&hl=en&tbm=isch&tbnid=PZqrOJ795grvVM:&imgrefurl=http://www.unknownmami.com/2012/06/michael-jordan-quotes-be-like- by ciara richardson MICHAEL JORDAN bibliography WHO HAS HE PLAYED FOR? There is nothing compared to the sound of the ball swshing through the net, which is why Michael Jordan is my inspiration. He never gave up and became the best basketballer in the entire universe. Jordan is a living miracle. http://en.wikipedia.org/wiki/Michael_Jordan WHO IS MICHAEL JORDAN? 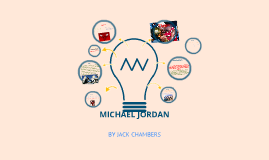 Transcript: #1. Biography.com said, " Jordan left college his junior year to join the NBA. Drafted by the Chicago Bulls, he soon proved himself on the court" (Michael Jordan Biography 1). #1 He had to prove to everyone that he should have been picked #1 and not #3 so he was playing with a chip on his shoulder #2 Since he had a chip on his shoulder he helped the Bulls win 6 championships in his career. Infer/Analysis Evidence When Michael Jordan was drafted second in the 1984 draft he had something to prove not only to Chicago but to the entire NBA that he deserved the #1 overall pick and not #3 #2 If I hadn't been a Chicago Cubs fan I would have never gotten the chance to see such a huge part of Cubs History BY JACK CHAMBERS Claim Warrant # 1 When I was young I went to a Bulls game and as soon as I walked into the United Center I knew that I was a Bulls fan. It was so cool and the energy of the fans was incredible. Claim #1 If he was picked 1st he may have been complacent and not have been a great NBA player #2 He proved himself to Chicago and the NBA that he didn't deserve to be the 3rd pick but he should have been the 1st. #2 I got to be a huge part of Cubs history, even though it was a bad part of there history it made me like the team a lot more and I became a much bigger Cubs fan Evidence #2 In 2003 I went to a Cubs vs. Marlins game in the playoffs. I happened to be the game where Steve Bartman's foul ball happened. #2. Michael Jordan was the main reason the Bulls were a force in the NBA in the 1980's and 1990's (Michael Jordan Bio 1). #1 The Bulls game that year was the first professional sports game I ever attended and if it wasn't for that I'm not sure that I would be a Bulls fan. Warrant The fact that I was born in Chicago and have lived here for my whole life has effected me a ton. Without Chicago I would have different taste in sports teams and my favorite food would probably not be pizza. #1 Chicago Bulls gave me my favorite team for any sport the Chicago Bulls and if it wasn't Chicago I definitely not be a Bulls fan or any other Chicago sport for that matter Infer/analysis MICHAEL JORDAN 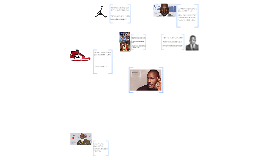 Transcript: College:University of North Carolina Net Worth is somewhere around 500 million Grew up in Charlotte,North Carolina Drafted #3 by the Chicago Bulls in1984 Parents:James,and Deloris Jordan Started company in 1984 Born:February 17th,1963 The Air Jordan 1 Receives 20 million a year through 2023 Currently the owner of the Charlotte Bobcats Franchise. Michael Jordan By:Spencer Clark Played 13 years with the Bulls and 2 with the Wizards Made more money from his shoe company,than he ever did as a player 1st Ever Jordan Shoes sold for 59.99 in 1985 Got offered a shoe deal with Nike,and accepted 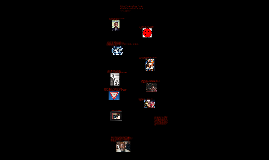 Transcript: Finally in his 8th season he won a N.B.A. champion!!!! Michael Jordan has done everything you could ever do as an athelete he has been in movies, he has his own shoe label that is the number one shoe market over the past decade, he has been a model for many of products, he also has been a professinal baseball player and golfer, and the list goes on.... After a couple good years at Carolina Jordan decided to enter the 1985 draft where he was selected 3rd overall by the Chicago Bulls The year after Jordan put endless hours of work to become a dominant player averaging twenty-four points a game for his junior and senior year earning him a scholarship to the University of North Carolina. During his rookie season Jordan became the face of the nba after his marvelous dunk during the 85' all-star dunk contest. It all started in New York a star was born his name Michael Jordan. Soon as he hit the floor Jordan has a household in the college rankings In his first couple of seasons jordan was not only known as a dunker he was known as the most dominate player of the time but one thing he wasnt dominate at was winning. As a teen he wasnt as good as he would become at age 16 he was cut from the J.V. squad At the end of his career Jordan had won six champions, six MVPs, defensive player of the year twice, multiple all-star appearences, two dunk contests, and many more nba feats.. when it was all said and done he was named the nba's greatest player. Michael Jordan A.K.A Air Jordan A.K.A M-Bone A.K.A J-Bone and the lists goes on........... And the rest was history!!!! 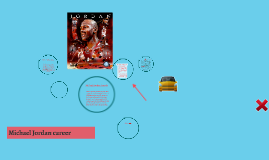 Transcript: talent win games teamwork and intelligence win championships. He missed 9000 shot and lost 300 in his career. Michael Jordan won six NBA title with the Chicago in addition. He was one of the best Dunkers player.He was born on February17,1963.He did not die he is about 78 years old. Michael Jordan facts Growing up in Wilmington, North Carolina, Jordan developed a competitive edge at an early age. He wanted to win every game he played. As his father James later noted, "What he does have is a competition problem. He was born with that ... the person he tries to outdo most of the time is himself." Jordan enrolled at the University of North Carolina at Chapel Hill in 1981 and soon became an important member of the school's basketball team. He was 6'3 tall he was a point guard. He won the most valuable player his team won a gold metal in 1983.He was the most MVP player on his team.His quote was that losing makes you better.His team history he won 72 games and 6 losts.He made the most awards in NBA that's why he is the best player in the world and 6 titles the other players do not have that. Michael Jordan Awards MIchael Jordan life in basket ball Michael Jordan Quotes Michael Jordan career Michael jordan In 1985, he finished his bachelor's degree in geography and continued to play basketball professionally. While his second season was marred by injury, Jordan was breaking new ground on the court during the 1986-1987 season. He became the first player since Wilt Chamberlin to score more than 3,000 points in a single season. The following season, Jordan received his first Most Valuable Player Award from NBA—an honor he would earn four more times in 1991, 1992, 1996, and 1998. 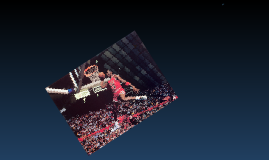 Transcript: Michael Jordan He has a growth mindset because he knows he can always improve and he practices constantly. Date of birth- February 17th, 1963 Michael Jordan's all time favorite TV show is Sanford and son. "Obstacles don't have to stop you. If you run into a wall, don't turn around and give up. Figure out how to climb it, go through it, or walk around it." I've missed more than 9000 shots in my career. I've lost almost 300 games. 26 times, I've been trusted to make the game winning shot and missed. I've failed over and over and over again and that is why I succeed." "I play to win, whether during practice or in a real game. And I will not let anything get in the way of me and my competitive enthusiasm to win." Michael's three children all have December birthdays. MJ owns between 100-150 suits and even more pairs of shoes. "Always turn a negative situation into a positive situation." 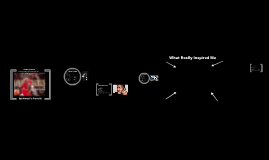