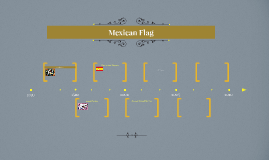 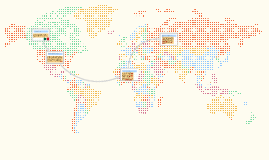 Transcript: The "Mexican National Anthem" , also known as "Mexicans, at the cry of war", is the national anthem of the United Mexican States. The anthem was first used in 1854, although it was not officially adopted de jure until 1943. The lyrics of the national anthem, which allude to historical Mexican military victories in the heat of battle and including cries of defending the homeland, were composed by poet Francisco González Bocanegra after a Federal contest in 1853. Later, in 1854, he asked Jaime Nunó to compose the music which now accompanies González's poem Officially since 1943, the full national anthem consists of the chorus and 1st, 5th, 6th, and 10th stanzas. The modification of the lyrics was ordered by President Manuel Ávila Camacho in a decree printed in the Diario Oficial de la Federación The flag of Mexico is a vertical tricolor of green, white, and red with the national coat of arms charged in the center of the white stripe. Mexican Flag National Anthem part 2 Meaning of the Flag A musical composition was chosen at the same time as the lyrics. The winner was Juan Bottesini, but his entry was disliked due to aesthetics. This rejection caused a second national contest to find music for the lyrics. At the end of the second contest, the music that was chosen for González's lyrics was composed by Jaime Nunó, the then Catalan-born King of Spain's band leader. Green is hope, white is unity, and red is the blood of heroes. These meanings are not enforced by law, so they may continue to change. Today the coat of arms is in the center of the flag, showing an eagle eating a rattlesnake perched on the nopal cactus. National Anthem 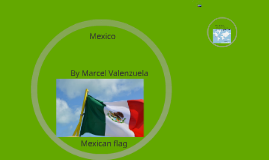 Transcript: This is a pyramid in mexico This is where Mexico is located on the map This is the capital of Mexico it is Mexico city Mexico This is the copper canyon in Mexico You could do so many things in Mexico City or other parts of Mexico the food is great and you will have a amazing time By Marcel Valenzuela Mexican flag In mexico we have a festival witch is day of the dead These are some of the foods you could eat 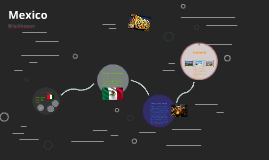 Transcript: Or its beautiful beaches The colors of the Mexican flag are green, red, and white. Mexican Flag (New) Or its harsh deserts Mexico has many different places of interest in a geographical stand point. Green Mexican Flag (Old) The flag had a change though in 1968. The change to the flag introduced a golden eagle eating a rattle snake. This has a strong religious meaning to them because it represents good will over come all evil. Red Brickhouse White The white on the flag represents the purity of the Catholic Church The red on their flag stands for the people that have given their lives for their country and its independence. Mexico Day of the Dead Geography Like its high rugged mountains Day of the Dead Mexico has many holidays and traditions. One of these being the Day of the Dead. Where they parade around on November 1st n 2nd celebrating their deceased ancestors. They have many many more like the Day of the Dead like All Souls day and Cinco de Mayo. The green on the mexican flag stands for the hope of a better nation. A nation that has peace. 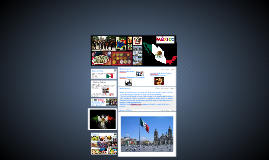 Transcript: Shared a Photo Eagle: The myth of the foundation of tenochtitlan, the capital of the Aztec Empire. Green: Hope White: Purity Red: Blood Mexican Culture Yerbero (Herbalist) Sobador (Massage) (Therapist) 5 DE MAYO Photos (: 25 likes 13comments 3shares like comment share Medical Stuff Architecture and Art- Strong roots in the culture brought by settlers from Spain and contributed to be influenced by immigrants from Mexico and Latin America The work Mexico derived from Mexia name of indigeous group that settle in central Mexico in early 14th century known as Aztecs. It is sometimes mistaken as mexicos independence day but its a date to commemorate the mexicans army's unlikely victory over french forces at the battle of Puebla in 1862. Curadero (Holistic Healer)- Social and Physical like comment share When a Family member needs medical care, male is the head, the entire family gets involve with the decision making. The illness through to have either natural or supernatural causes. The results are from good luck or reward from the good behavior. Sometimes the use of religious symbols which are either worn in body or, making promises Spiritual and Pychological aspects of health rituals such as a prayer. Mexican Flag Medical Care 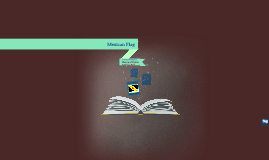 Transcript: Jenny Gonzalez History of Mexico April 10, 2015 Why???? Colors ~ I chose this colors because I think that the people from Mexico back then would relate to the meaning of this colors. ~These colors remind me that when there was war, this people were fearless of what was coming up. ~Also this colors make me feel free and careless about most things. Red = Intimacy, Energy , Anger Black = Bold, Rich, Power, Strength Green = Natural, Envy, Balance Yellow = Optimism, enlightment, and happiness. Carries a positive future and energy. Mexican Flag 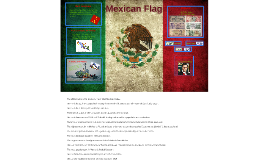 Transcript: The official name of for Mexico is the United Mexican States. Mexico is the 11th most populated country in the world with around 117 million people (as of July 2012). Mexico is the 14th largest country by land area. There are 31 states in Mexico as well as the capital city (Mexico City). Mexico is home to over 30 UNESCO World Heritage Sites and is a popular tourist destination. Stone tools have been found in Mexico that suggest the existence of humans there around 23000 years ago. The highest mountain in Mexico is Pico de Orizaba, a dormant volcano that reaches 5,636 metres (18,491 ft) above sea level. The national symbol of Mexico is the golden eagle which features prominently on the coat of arms. The main language spoken in Mexico is Spanish. The largest source of immigration to the United States is from Mexico. Mexican food is known for its range of flavors and spices. Popular dishes include tacos, burritos and enchiladas. The most popular sport in Mexico is football (soccer). Mexico hosted the Football World Cup in both 1970 and 1986. Mexico City hosted the Summer Olympic Games in 1968. Mexico's Population Density Population: 107,449,525 Land Area: 742,485 sq miles Density Per Sq Mile: 145 Mexican Peso Spanish is the official and the main language spoken in Mexico. There are 68 indigenous languages in Mexico Currency 1 US Dollar equals 13.05 Mexican Peso Mexico's President US Dollar Exports and Imports Enrique Peña Nieto Mexico exports many things including oil, fruit, vegetables, automotive parts, electronics parts, and clothing Mexican Flag Automobile parts, electrical equipment, and metalworking machines Main Language 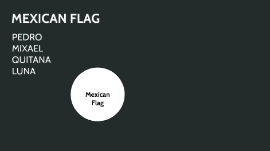