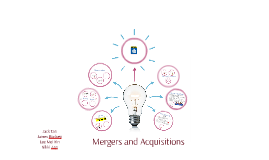 Transcript: Risk Reduction Overconfidence Combination of Australia's leading consumer electronics and home appliances. Complementary customer profiles, product offerings and store location Attractive financial metrics with potential for meaningful synergies. The Good Guys hold a strong market position in the $4.6B home appliances category. Conflict of Interest The Australian Financial Review: Better than expected 11.5 per cent increase in net profit to $152.2 M Shares in JB Hi-Fi surged 9.9 per cent to a record $30.11, taking gains this year to 54 per cent. Article Summary Efficiency Gains Mergers and Acquisitions Earnings Growth Overconfident managers believe they are doing the right thing for their shareholders, but irrationally overestimate their own abilities Diversification Spread Risk Reasons to acquire Managerial motives to merge The Good Guys is a chain of consumer electronics retail stores in Australia and formerly New Zealand. Horizontal If the target and acquirer are from the same industry (JBHIFI) Vertical If target’s industry buys or sells to acquirer’s industry Conglomerate If the target and acquirer operates in unrelated industries Reasons to Acquire Debt Capacity and borrowing cost JB Hi-Fi Tax Savings The Good Guys Types of Mergers Larger, more diversified firms have a lower probability of bankruptcy give the same degree of leverage. Greater tax savings by increasing leverage further Why The Good Guys? Article Monopoly Gains An Australian and New Zealand retailer of consumer goods, specialising in: Video games CDs Electronics/hardware Home appliances. JB HiFi to acquire The Good Guys Losses in one division can be offset by profits in another divisions Jack Tan James Budney Lee Mei Xin Nikki Ang JB high5 Buy in Bulk Liquidity Increase earnings per share of the merged company The acquisition of The Good Guys is expected to lift earnings per share by 11.6 per cent • Like a large portfolio, large firms bear less idiosyncratic risk so mergers are justified on the basis that combined firm is less risky reduce competition within the industry JB Hi-Fi has recently announced that it is acquiring The Good Guys for $870 million Addition of 101 stores to JB Hi-Fi’s current network of 295 stores across both Australia and New Zealand Their collaboration will allow them to continue to dominate the market and amongst their competitors Reason for Acquisition • Managers may prefer to run a larger company due to the additional pay and prestige it brings Logistics Cost Merger activity is greatest during economic expansions Correlates with bull markets Main Competitors Cheaper capital Economics of Scale Promotion Costs Efficient production 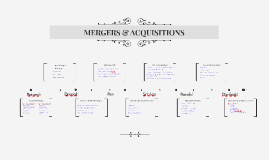 Transcript: WhatsApp is an instant messaging app for smartphones that operates under a subscription business model. Facebook is an online social networking service headquartered in Menlo Park, California. Let's go! Whatsapp. Purchaser: Purchased: Facebook Whatsapp Four key benefits from Facebook’s acquisition of WhatsApp Facebook. 1) The first of these is scale. 2) The second area is cost. 3) The third benefit is brand value. 4) Finally purchasing WhatsApp will deliver clear business benefits for Facebook ''Facebook buying WhatsApp — it's not a bad price, it's a bad strategy" Thank you!!! When and for how much? It's a very expensive way to attract more advertisers. Advantages and disadvantages Mergers and Acquisitions. 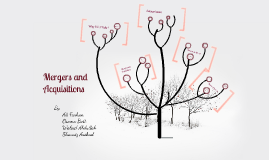 Transcript: Phases of M & A Why M & A Fails ? Poor strategic fit - The two companies have strategies and objectives that are too different and they conflict with one another. Cultural and Social Differences - It has been said that most problems can be traced to "people problems." If the two companies have wide differences in cultures, then synergy values can be very elusive. cntd...... Incomplete and Inadequate Due Diligence - Due diligence is the "watchdog" within the M & A Process. If you fail to let the watchdog do his job, you are in for some serious problems within the M & A Process. Poorly Managed Integration - The integration of two companies requires a very high level of quality management. Integration is often poorly managed with little planning and design. As a result, implementation fails . Paying too Much - In today's merger frenzy world, it is not unusual for the acquiring company to pay a premium for the Target Company. Premiums are paid based on expectations of synergies. However, if synergies are not realized, then the premium paid to acquire the target is never recouped. Overly Optimistic - If the acquiring company is too optimistic in its projections about the target Company, then bad decisions will be made within the M & A Process. An overly optimistic forecast or conclusion about a critical issue can lead to a failed merger. THANKYOU Catagorization Conglomerate Every merger has its own unique reasons why the combining of two companies is a good business decision. The underlying Principle behind mergers and acquisitions ( M & A ) is simple: 2 + 2 = 5 Two firms are merged across similar products or services. Horizontal mergers are often used as a way for a company to increase its market share by merging with a competing company. For example, the merger between Exxon and Mobil will allow both companies a larger share of the oil and gas market. Bargain Purchase - It may be cheaper to acquire another company then to invest internally. Diversification - It may be necessary to smooth-out earnings and achieve more consistent long-term growth and profitability. Short Term Growth - Management may be under pressure to turnaround sluggish growth and profitability. Undervalued Target - The Target Company may be undervalued and thus, it represents a good investment. M&A defined Well for starters, mergers and acquisitions are now a normal way of life within the business world. In today's global, competitive environment, mergers are sometimes the only means for long-term survival. When we use the term "merger", we are referring to the merging of two companies where one new company will continue to exist. The term "acquisition" refers to the acquisition of assets by one company from another company. Positioning - Taking advantage of future opportunities that can be exploited when the two companies are combined. Gap Filling - One company may have a major weakness (such as poor distribution)whereas the other company has some significant strength. Organizational Competencies - Acquiring human resources and intellectual capital can help improve innovative thinking and development within the company. Broader Market Access - Acquiring a foreign company can give a company quick access to emerging global markets. Phase 5-Post Merger Integration If all goes well, the two companies will announce a agreement to merge the two companies. The deal is finalized in a formal merger and acquisition agreement. Every company is different - differences in culture, differences in information systems, differences in strategies, etc. As a result, the Post Merger Integration Phase is the most difficult phase within the M & A Process. Mergers and Acquisitions Two firms in completely different industries merge, such as a gas pipeline company merging with a high technology company. Conglomerates are usually used as a way to smooth out wide fluctuations in earnings and provide more consistency in long-term growth. Typically, companies in mature industries with poor prospects for growth will seek to diversify their businesses through mergers and acquisitions. Phase 1 - Pre Acquisition Review Phase 2 - Search & Screen Targets Phase 3 - Investigate & Value the Target Phase 4 - Acquire through Negotiation Phase 5 - Post Merger Integration Reasons for M & A Mergers and acquisitions represent the ultimate in change for a business. No other event is more difficult, challenging, or chaotic as a merger and acquisition. Hence it is imperative that everyone involved in the process has a clear understanding of how the process works. Two firms are merged along the value-chain, such as a manufacturer merging with a supplier. Vertical mergers are often used as a way to gain a competitive advantage within the marketplace. For example, Merck, a large manufacturer of pharmaceuticals, merged with Medco, a large distributor of pharmaceuticals, in order to gain an advantage in distributing its Products. By Ali Farhan Osama Butt Waleed Abdullah Shavaiz Arshad 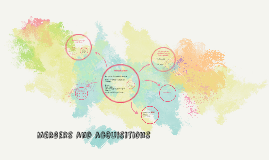 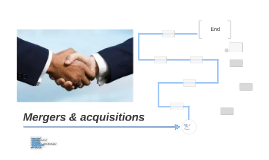 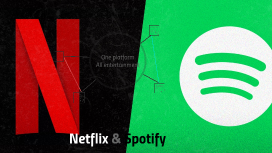 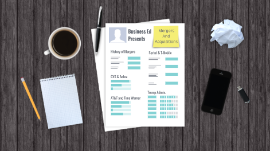