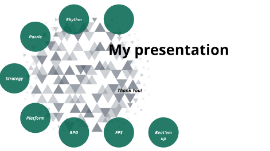 Transcript: My presentation Thank You! This is a game based around japanese warriors who took over the world, as you - shadow - opened an ancient gate and released warlords, and in process became shadow. Your destiny is to eliminate all warlords in order to restore peace and become human. Your Sensei - master - is teaching how to fight and move on the platform to defeat enemy. Shadow Fight Beat'em up Although game is released on Android and IOS, controls feel familiar and easy to use. However game itself is complicated as your character can be developed through out the game earning new weapon types, skills and moves, making experience much more interesting, as player have hundreds of complications available to make and combine to successfully attack. To win the battle player mf must win 3 times and have less then 3 l looses. Gameplay Although game is all exciting and fun to play, weather with computer BOTS or against online player, game has an old fashion fun preventing system, where each battle cost certain amount of regenerative energy. So whenever player took a battle, energy is taken and if it runs out, player is forced to either wait or watch an advert. Game also features many weapons only unlockable with money, which is to some extend a rip-off. Apart from that, there is also leveling issue, where player has to play for so long to move on with the story. Apart from that, I have not found any other issues. Game is consistently increasing difficulty of characters as player progress, and future opponents require more skilled moves and fighting application. Although the characters are black silhouettes and don't have color, animations are very smooth and realistic. Evaluation Far Cry games took a long journey through out the series, with each game featuring more guns and accessories, Bigger maps, and impressive visuals This is a game where you choose the type of game play, weather sneaky or full out rampage as you dive deep into the world Far Cry series FPS In games you take role of protagonist who's role is to survive at first, however later joins a fraction to fight against another. This is how much of the series work, and sooner or later you learn that story doesn't really matter. However Game is unique in it's style as player is obtaining an important role of delivering cargo, taking out outposts or rescuing hostages. This can be also done in multilayer mode assuring more fun and rewards. Game features many unrepetitive missions with large amount of explosions and gun fire Gameplay Title As player progresses through the game, multiple perks are available to choose to improve stealth, survival or combat skills. Player's character progression is not so important as story is. Game gains it's reputation from open world freedom and ability to choose your own playstyle. Game makes the player satisfied by rewarding them with cinematic explosions and convincingly interesting levels in which enemies are killed in unique and cinematic way, and that's the main reason why game exist, it's not about story or development of characters, its about enjoying being one man army and watching everything explode. The main disadvantage games have in common is that they are repetitive. Evaluation Overwatch is a multilayer first person shooter where two teams fight against one another. Player is able to take role of one of over 20 characters which are all different and unique in play style. Game relies on teamwork and strategy of the team to outmaneuver opponent and catch them by weak point, surprise attack or flank. Overwatch RPG Take the role of classes like Tank, support and Damage per second. Choose the class wisely, so team consist of right combination to create effective team combo and defeat enemy through teamwork. Overwatch requires players to heal, shield and defend allies while other members deal damage to opponent. Game features many heroes with d different abilities. Everyone can choose their favorite one adapt to the team play style. Game wants the player s to feel confident with your playstyle and allows g g you to choose character right for you Gameplay Strategy games are not for everyone, as they require a lot of thinking and careful planning not everyone wants to do. Overwatch takes different approach and makes game enjoyable for everyone. Although it is hard to win, game can be very different each match and enjoyable no matter the win or loss. Game features ineradicable animations together with a lot of characteristics brought to heroes, making gameplay more satisfying and fun as player relates to the personalities of hero they play as Evaluaiton Broforce Platform Subtopic 1 Subtopic 1 Subtopic 2 Subtopic 2 Topic 3 Strategy Text Text Picture Picture Topic 4 Puzzle Rhythm 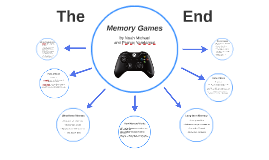 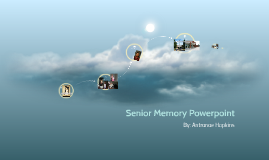 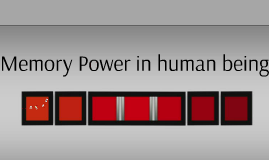 Transcript: Memory Power in human being learn as much as you can while you are young, life gets busy later.But never stop learning Lets test your memory power ! By: Vishal Jevtani for how long will you learn? 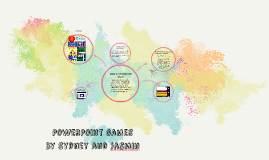 Transcript: PowerPoint games are games created using the PowerPoint program on Microsoft word The games can be used for educational purposes or can be used as a fun indoor activity for a variety of different groups There are different types of games that can be played on PowerPoint. There are Trivia games, like jeopardy, shooting games, sports games, educational games, and many more! You can even create your own games, without using an already created template! When working with children it can be a good game to play on a rainy day The educational memory games can be used to increase cognitive skills in clients Trivia Games could also be used to benefit clients mental skills Playing the games with others can be used to increase social interaction between participants One could also create quizzes that could serve as icebreaker games among groups Benefits of Powerpoint Games PowerPoint games By Sydney and Jasmin What is a PowerPoint game? The possibilities are endless! Examples How to make a PowerPoint game? They are portable, you can play them on a number of computer devices. There are different types you can play for a number of different scenarios You can play them with a variety of different groups of people There are templates for pretty much any game you could think of! How can PowerPoint games be used in therapeutic recreation? 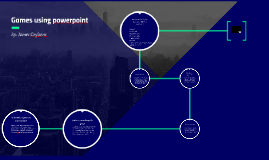 Transcript: PowerPoint has numerous features and perks when creating a game. hyperlinks are key when connecting slides together . For every question there should be a right and wrong slide connected to each question. Power point offers game templates that allows you to not only use but it replaces the fact that the games is made from scratch. Using creativity and bright ideas is what will separate your custom slide from a slide that uses templates and not original. Jeopardy Family feud Wheel of fortune The price is right Deal or no Deal Cash cab All are power point templates, but can be made from scratch. By: James Cogborn Where should i start ? Why make a game on power point? features in making the game Making a game using PowerPoint can be educational as well as fun. Certain games are for certain ages , as well as the questions being asked vs. the answers shown or simpy the format of the game. Before starting the slides you must know the topic of your game and the particular age group the game is intended for. Come up with 10 questions as well as the answers to each question along with incorrect answers . Each slide should consist of something creative as well reasons why the question is correct or incorrect. Pictures should be included along with detailed explanations . When making your game be unique and creative, add pictures and numerous colors. creating the game what should i include in my slides Their are a series of games that can be made from power point Games using powerpoint