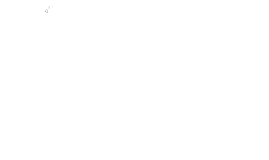 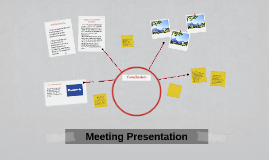 Transcript: I am responsible for all the contracts and I also take care of the trainees' welfare, contacting their responsible whenever is necessary. Meeting Presentation Together with the matrix develop a performance assessment in order to help assisting the Talent Management program - I am in charge of organizing the activities calendar , fitting all the groups project presentation in it. - I also have to invite judges from other companies to evaluate the groups presentation and applicability - By the end of the project, all the figures and results are collected and the judges select the winners - As soon as we have the final results, I am responsible for providing the awards for the winners ( first, second and third place) Trainees Hiring Process Yearly Training Plan Iso 9000 - International Organization for Standardization I have to answer all demands related to Human Resources , specifically training evidences , such as meetings minutes , attendance sheet and others. Employee's Integration Conclusion I am in charge of: Quality Control Circle Program Personal Introduction What is it? This is the tool to measure the employees' knowledge / expertise and determine a plan of action in other to improve their performance. Competency Matrix Talent Management - I have to demand from all the managers the execution of all the scheduled trainings - When trainings are requested to be postponed , I am also responsible for re-scheduling and fitting them in the company's calendar My name is Danielle and I am responsible for the training department in Extrema. I have been working at Panasonic for 2 years. 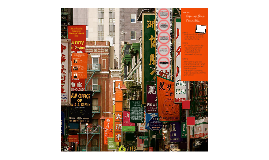 Transcript: In Southern California, Cambodian immigrants own up to 80% of the independent donut shops. Helping to open up this niche economy was the health consciousness of consumers in the 1980s when donut consumption dropped making ownership more affordable. As new immigrants arrive, word of mouth and financial assistance within the community makes new and previously owned stores available. The Mission of the... Location/ Date/ Time TBD Through a charity/service oriented event, APAHM hopes to educate the Boston College campus on challenges and issues afflicting the Asian and Pacific Islander community and to inspire and encourage students to take active steps in becoming “men and women for others.” It is not only important to become aware, but to take charge and make an effort to support a cause we can all believe in. STEP 1: "A Leadership Learning Experience" Asian Pacific American Heritage Month 2013 Realizing that the university did not celebrate this month… OASP and Programs, and the Career Center began to organize an event in honor of APAHM. At the same time, AC was making a similar effort. In collaboration with Asian Caucus clubs the three offices worked to coordinate the First Celebration of Asian Pacific American Heritage Month at Boston College in April 2003. Pilipino workers initiated the 1965 Grape Boycott. As members of the Agricultural Workers Organizing committee (AWOC), Pilipino grape workers struck for better wages and working conditions in California. Joined later by the National Farm Workers' Association (NFWA) and Cesar Chavez, later renamed UFW, then went on to lead a five-year grape boycott before winning numerous union contracts. Directors Board Committee Directors will be chosen via application, and if necessary, an interview process. A Brief Introduction: the People Behind the Scenes to act as a liaison between APAHM and their respective organizations to attend any committee meetings that may require the organization's participation to serve on at least one APAHM committee to be a role model for the underclassman as a leader in the AC/BC community Directors & Charity / Service Event Prior to 2003 Asian Caucus clubs were in charge of sponsoring events that celebrated Asian Pacific American history. The AC clubs did not sponsor collectively an APAHM celebration in May (the national month for APAHM). BING CHERRIES Assistant Chairperson: APAHM Members Contact Us @: AC Representatives GRAPES Find one of the IPADs/ Computers circulating around the room. Joyce Wang Fill out the google doc indicating your three preferences for the committees you're interested in joining. Early Chinese mining, railroad, and agricultural workers stayed healthier than their White counterparts because of their diet. Chinese workers boiled their water to make hot tea and ate more vegetables like bamboo shoots and mushrooms, they didn't fall victim to water-borne diseases or scurvy. The Role of... The Directors Board Directors will receive continuous input and support from the co-chairpersons. One co-chairperson will be designated per subcommittee to assist in facilitating and moderating meetings as well as be in charge of budget allocations. OASP Adviser : As APAHM celebrates its 10th Anniversary at Boston College we hope promote events using the latest technologies and popular forms of media. It is our goal through our publicity activities that the celebration of APAHM is to be known to by the wider BC community. …is to promote awareness, appreciation and understanding of Asian Pacific American culture and experience. Implicit in the mission is the Committee's commitment to encourage mutual respect for cultural diversity of all racial and ethnic groups. It is also in the interest of the Committee to foster the positive growth of APA youth in developing and establishing their identity. APAHM Festival This fruit is named after the Chinese American orchard foreman, Ah Bing, who first cared for the modified cherry trees in Oregon. During the anti-Chinese violence of the early 1880s, Bing and other workers lived in the orchard owner's home for safety. After living in America for over 35 years, Bing returned to China around 1889 to visit his family, but was never able to return do to the Chinese Exclusion Act. Restriction: Applicant may not be a Freshman. STEP 3: The Role of... Consists of the OASP Adviser, APAHM Co-chairpersons, Faculty and Staff Members, and Committee Directors. The board meets in order to relay to one another the overall progress of APAHM planning. APAHM at BC APAHM Committee Committees A major aspect of the 2013 APAHM committee, an incentive of the chairpersons and adviser, is to ensure that APAHM committee 2013 is a learning experience, meaning we hope to teach you the skills and styles of an effective and inspiring BC student leader while showcasing the meaningfulness of Asian Pacific American Heritage. O’Neil Plaza, Thurs. April 26th To close off APAHM, the APAHM committee and various Asian and Pacific