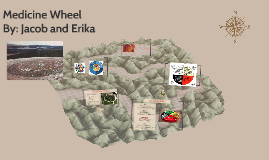 Transcript: History of the Medicine Wheel Its representation Its meaning Its sectors Trivia Creating a Medicine Wheel Q&A Closing statements History Elements of life Black White Yellow Red Red White Yellow Black United States (Montana, South Dakota) Canada (Alberta, Saskatchewan ) Sacred Animals Personal Question How has Modern medicine been influenced through the Aboriginals sacred Medicine? And how do we use their sacred within society today? Found in the United States, and Southern Canada Unique characteristics and basic structure Wind Fire Water Earth Seasons Birth Youth Adulthood Death Throughout our presentation what are other sectors you believe should or could be added into the Medicine Wheel? What else would you use a Medicine Wheel for and what sectors would you have within it? Time of Day Stages of Life What are the Sacred Medicines? Name one and what it is used for? Buffalo Eagle Bear Mouse Sunrise Noon Sunset Midnight North East South West TRIVIA Sacred Medicine Sectors What are the colours of Man Kind? Directions Summer Spring Autumn Winter Birth Youth Adult Death How many sectors are there in the Medicine Wheel What are the stages of life? Where are some Medicine Wheels located? Discussion Questions Sage Women's medicine Drives away negative energy Tobacco Absorbing prayers Taking prays to the spirit world Sweetgrass Ceremonial cleanser Represents kindness Cedar Used for Purification Positive energy, balance, emotions and feelings Why is every Medicine Wheel different and unique? Medicine Wheel By: Jacob and Erika What are the elements of life? Discussion Questions Presentation Outline Races of Men Name different methods of creating a Medicine Wheel? Why is the Medicine Wheel in the shape of a circle- minus the wheel part What are the Directions of the Medicine Wheel? 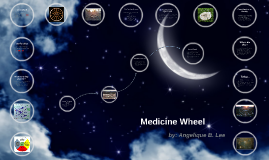 Transcript: Location: Big Horn, Wyoming Big Horn National Forest 70-150 wheels have been discovered in South Dakota, Wyoming, Montana, Alberta, and Saskatchewan The medicine wheel is still used still accurate best astronomical sightings around Summer Solstice~ no snow still inaugurated in North American spirituality Constructed by laying stones in a particular pattern on the ground oriented to the four directions follow basic pattern of having center stone surrounding from center with spokes facing the cardinal directions Condition Today... Also known as sacred hoops symbols of Indigenous North American culture and religion or stone monuments related to this symbol discovered in 1855 by: Angelique B. Lee How were they made? Astronomical Significance Similar Sites the longest spoke pointed to a certain star at a certain of the year ~mark certain days of the year some wheels mark the longest day of the year point to the Sun and track stars Summer Solstice allowed astronomer Jack Eddy to discover aspects of the Big Horn medicine wheel tracked stars and the Sun showed the Summer Solstice Represented by a distinct color to show: stages of life seasons of the year aspects of life elements of nature animals ceremonial plants For the most part, the medicine wheels have been well kempt Big Horn ~ most studied and most preserved than other medicine wheels healing purposes ~ believed it helped the sick religious purposes ritual purposes ~ nature/ Sun Dances teaching purposes ~ Circle of Life purposes varied through time Where are they? Ancient People looks like a wagon wheel or bicycle tire Petroforms in Canada Four Direction Meanings What is a medicine wheel? stone structures constructed by large number of tribes or nations of indigenous peoples of America used for religious, healing, and teaching purposes represented peaceful interactions with nature and harmony What were they used for? Contributions to Society Medicine Wheel 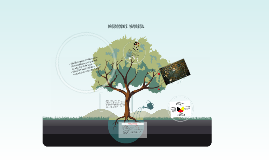 Transcript: Medicine Wheel It keeps us connected with the land Helps us balance our life Still used today in the Native American spiritually Meaning behind them are not shared with the Non-Natives The Europeans believed in Mercantilism and gaining wealth for their king The FNP believed in a connection with the land Medicine wheel All connected philosophy for life Represents diversity of life four resources , four colors, four directions and four stages of life\ Sky, land, and water represents energy we put into the universe and is reflected back to us Helps us find the balance in life in our lives Represents the circle of life It’s a teaching tool Used for energy understanding Used for reflecting on life Represents everything (fish, trees, insects, stones, the sun, moon and earth) It’s all cycle of nature, spring, summer, fall and winter Original map of life, people lived by since the beginning of time. 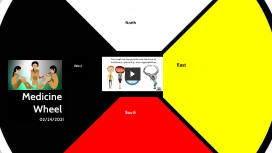 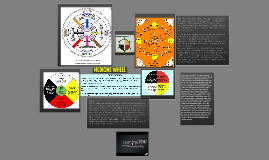 Transcript: Most medicine wheels follow the basic pattern of having a center of stone(s), and surrounding that is an outer ring of stones with "spokes", or lines of rocks radiating from the center. Some ancient types of sacred architecture were built by laying stones on the surface of the ground in particular patterns common to aboriginal peoples. Originally, and still today, medicine wheels are stone structures constructed for various astronomical, ritual, healing, and teaching purposes. Medicine wheels are still 'opened' or inaugurated in Native American spirituality where they are more often referred to as "sacred hoops", which is the favored English rendering by some. More recently, syncretic, hybridized uses of medicine wheels, magic circles, and mandala sacred technology are employed in New Age, Wiccan, Pagan and other spiritual discourse throughout the World. The rite of the sacred hoop and medicine wheel differed and differs amongst indigenous traditions, as it now does between non-indigenous peoples, and between traditional and modernist variations. MEDICINE WHEEL History Erecting massive stone structures is a well-documented activity of ancient man, from the Egyptian pyramids to Stonehenge, and the natives of Northern America are no different in this regard. What does separate them from the rest is how non-intrusive their structures were. Unlike the usual towering stone monoliths, the natives simply laid down lots of stones on the earth in certain arrangements. One of the more arrangements is the medicine wheel. Medicine wheels appear all over northern United States and southern Canada, specifically South Dakota, Wyoming, Montana, Alberta, and Saskatchewan. Most of the wheels have been found in Alberta. In all over 70 medicine wheels have been found. What do they mean?Medicine wheels have been built and used for so long, and each one has enough unique characteristics, that archeologists have found it nearly impossible to tell exactly what each one was for.One of the older wheels has been dated to over 4,500 years old; it had been built up by successive generations who would add new features to the circle. Due to the long existence of such a basic structure, archeologists suspect that the function and meaning of the medicine wheel changed over time, and it is doubtful that we will ever know what the original purpose was.It is not hard to imagine that medicine wheels, like most large stone structures, would probably have served a ceremonial or ritual purpose. There is evidence of dancing within some of the wheels. Astronomer John Eddy put forth the theory that some of the wheels had astronomical significance, where the longest spoke on a wheel could be pointing to a certain star at a certain time of the year, suggesting that the wheels were a way to mark certain days of the year.Other scientists have shown that some of the wheels mark the longest day of the year. (Note that an astronomical/calendar theory has been suggested for just about every unnatural stone structure on Earth.) 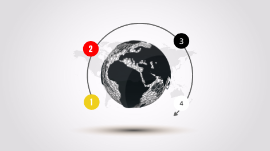 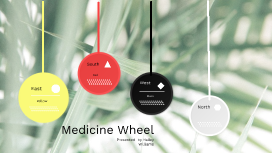 Transcript: Medicine Wheel Presented by Hailey Williams East Yellow Tobacco It is used as an offering before harvesting anything form mother earth. And Offering is placed in a respected way on earth near. the plant or animal or stone you wish to take, and permission is asked prior to your taking item. Tobacco is placed in the hand during a prayer, then it is left in a special place on mother Earth when you are done, or offered it to a sacred fire. Tobacco can also be given as cigarettes or a pouch, Offering tobacco estabilshes a relationship between two people. South Cedar Red West A3 Black North Sweet Grass Sweet Grass may be the best known of our plant medicines. it is said to be a feminine plant whose teaching is kindness because its bends without breaking. The tress 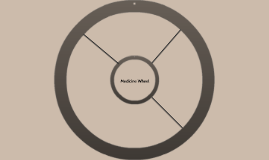 Transcript: what is it? Medicine Wheel the medicine wheel is a stone circle built by North Americans. Is a symbol of peaceful interaction and it represents harmony and connections.