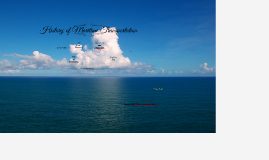 Transcript: The structure and flexibility of junk sails make the junk fast and easily controlled. The sails of a junk can be moved inward toward the long axis of the ship, allowing the junk to sail into the wind. Classic junks were built of softwoods with the outside shape built first. Then multiple internal compartment/bulkheads accessed by separate hatches and ladders, reminiscent of the interior structure of bamboo, were built in. Ancient Times 5,000 BC - Earliest depictions of Sailboats A steamboat is a boat in which the primary method of marine propulsion is steam power, typically driving propellers or paddlewheels. The steamboats that traveled the rivers shared a basic design; they had a hull, or body, made of timber (later steel was used), and a wooden paddlewheel. The paddlewheel had a circular center with spokes coming from it like a bicycle wheel. Planks were attached to the spokes to make the paddle, which was placed on either the side or rear of the boat. Boats with paddles on the side were called sidewheelers, while boats with a paddle at the rear were called sternwheelers. Thank You! A sewn boat is a type of wooden boat which is clinker built and held together with tendons or flexible wood, such as roots and willow branches. Sewn boat construction techniques were used in many parts of the world prior to the development of metal fasteners, and continued to be used long after that time for small boats to reduce construction costs where metal fasteners were too expensive. 1000 AD - Viking Long Ships were developed A trireme was an ancient vessel and a type of galley that was used by the ancient maritime civilizations of the Mediterranean, especially the Phoenicians, ancient Greeks and Romans. The trireme derives its name from its three rows of oars, manned with one man per oar. The early trireme was a development of the penteconter, an ancient warship with a single row of 30 oars on each side (i.e., a double-banked boat), and of the bireme, a warship with two banks of oars,of Phoenician origin. History of Maritime Transportation 542 BC - First written record of a Trireme - or simply dugout is a boat made from a hollowed tree trunk. Other names for this type of boat are logboat and monoxylon. Dugouts are the oldest boats archaeologists have found, dating back about 8,000 years to the Neolithic Stone Age.This is probably because they are made of massive pieces of wood, which tend to preserve better bark canoes. About 1190 AD - Alexander Neckam writes the first European description of a magnetic compass, which started the Age of Navigation 15th Century - Caravel, the most effective sailing ship developed in the Mediterranean but subsequently adapted by the Spanish and Portuguese for service in the Atlantic. Turbinia was the first steam turbine-powered steamship. Built as an experimental vessel in 1894, and easily the fastest ship in the world at that time, Turbinia was demonstrated dramatically at the Spithead Navy Review in 1897 and set the standard for the next generation of steamships, the majority of which were turbine powered. A steam turbine is a device that extracts thermal energy from pressurized steam and uses it to do mechanical work on a rotating output shaft. 200 AD - Junks were mainly used by the Chinese 1859 - The first Ironclad Warship, the Gloire, is launched. These boats were made of bundles of bound papyrus reeds. Papyrus is different from paper because papyrus is a laminated material made from thinly cut strips from the stalk of Cyprus Papyrus plant. These boats were made of bundles of bound papyrus reeds, and were lashed together into a long thin hull form in the style of a slight crescent. This lifted the ends out of the water. The bundle was made as wide as possible for stability, and an extra bundle was put on top so that the cargo and crew were kept reasonable dry. Longships were a type of ship invented and used by the Norsemen for trade, commerce, exploration, and warfare during the Viking Age. The longships were characterized as a graceful, long, narrow and light wooden boat, with a shallow-draft hull designed for speed. The ship's shallow draft allowed navigation in waters only one metre deep and permitted random beach landings, while its light weight enabled it to be carried over portages or used bottoms up for shelter in camps. Longships were also double-ended, the symmetrical bow and stern allowing the ship to reverse direction quickly without a turn around; this trait proved particularly useful at northern latitudes, where icebergs and sea ice posed hazards to navigation. Longships were fitted with oars along almost the entire length of the boat itself. Reported By: Editha L. Bautista MaEd The Ictineo II was 14 metres (46 ft) long, 2 metres (6.6 ft) wide, and 3 metres (9.8 ft) high. Her displacement was 46 tonnes and her interior volume was 29 cubic metres (1,000 cu ft). She was built of olive wood with oak reinforcements, and a 2 mm thick layer of copper. Her upper side had a 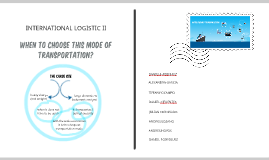 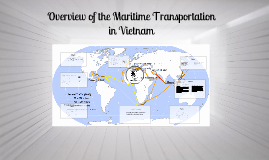 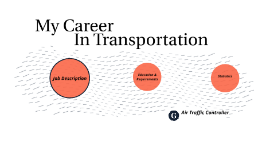 Transcript: Air Traffic Controller In Transportation My Career Job Description Air traffic controllers regulate air traffic either within an airport's airspace or air traffic between airports. They communicate weather changes, visibility issues, wind conditions and nearby aircraft to pilots, using radar, computers or visuals to monitor aircraft in the assigned airspace. Air traffic controllers may give landing and departure authorization and instructions. They may also determine and direct flight path changes as necessary. Controllers supervise ground traffic, such as baggage vehicles, airport workers and taxiing airplanes. What a air traffic controller Education & Requirements Must be U.S. citizens and pass a background investigation and medical examination. There are three ways to become an air traffic controller with the FAA. The first option is to gain military experience as an air traffic controller. The second is to complete an aviation degree at a college or university through the FAA's Air Traffic Collegiate Training Initiative program. The final option is to complete either three years of progressively responsible job experience, a bachelor's degree or a combination of the two. Requirements Other Requirements Those who fulfill the requirements of either of the latter two options will also be required to attend the FAA's Air Traffic Control Academy, which takes several weeks or months to complete. Students in this program are reimbursed for living costs. Air traffic controllers work shift work and their job requires total concentration at all times. This is a high-stress field that is currently experiencing job decline, and those planning to become air traffic controllers will face a lot of competition for available jobs. Other Requirements Statistics Median pay (annual): 122,950 USD (2015) Median pay (hourly): 59.11 USD (2015) Entry level education: Associate's degree Projected 10-year growth: -9% (2014) Number of jobs: 24,500 (2014) Job Statistics Best chance to get employed In recent years, Air Traffic Controllers have the highest job vacancies and job growth rate in the following states North Dakota 87.50% Guam 33.33% North Carolina 31.58% West Virginia 28.57% Idaho 20.00% Nebraska 16.67% Colorado 14.93% FASTEST JOB GROWTH 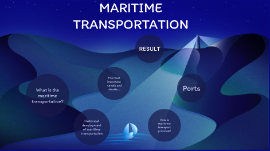 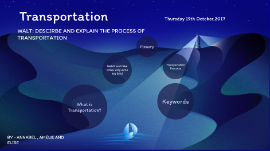 Transcript: WALT: DESCIRBE AND EXPLAIN THE PROCESS OF TRANSPORTATION Transportation Thursday 19th October,2017 BY - ANNABEL , AMÉLIE AND ELISE What is Transportation? What is Transportation? Transportation is when erosed rock is moved and is placed in another area of the coastline Longshore drift is the transportation of sand or pebble along the coast. The prevailing wind forces the waves to approach the coast at an angle. The swash carries the sand and pebbles up the beach at the same angle. What is longshore drift? What is longshore drift? Keywords Keywords Traction- Large sediment such as pebbles roll along the sea bed Suspension- Fine sediment that looks muddy or murky Saltation- Small pieces of shingle or large grains of sand are bounced along the sea bed Solution- Dissolved material that you cannot see TIP - YOU WILL BE QUESTIONED ON THE WHOLE PRESENTATON SO TAKE NOTES! TIP - YOU WILL BE QUESTIONED ON THE WHOLE PRESENTAT... Watch and take notes, only write key info! Watch and take notes, only write key info! Transportation Proccess Transportation Proccess Plenary Plenary Write a short paragraph describing transportation! - If you don't finish, please complete for EL: Due Tuesday 31st October 2017 1. d 2. c 3. a 4. b Worksheet answers Worksheet answers 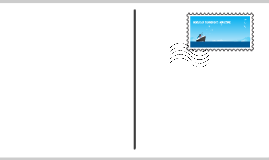