HomeTemplatesPowerpointMake My Own Powerpoint Template

Make My Own Powerpoint Template 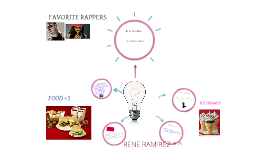 Transcript: RENE RAMIREZ MY INFORMATION DAY OF BIRTH: 10/17/00 BORN ON: HOUSTON, TEXAS PARENTS:RENE AND VANESSA EYE COLOR:BROWN TEACHER: MS.SMALLS 6-3 YEARS: 12 YEARS OLD HAIR COLOR: Black FOOD <3 RENE RAMIREZ ^.^ MY PERSONALITY ICE CREAM :D WHAT I DO IN MY FREE TIME MY FAVORITE COLOR MY FAVORITE COLOR IS RED BECOUSE IS A WARM AND BRIGHT COLOR NOT EVERYONE LIKES IT BUT ITS OKAII WEIRD,NICE, FRIENDLY, smart, CRAZY, RESPONSIBLE ...SOMETIMES,PRETTY COOL AT ACTING LIKE A president ALL ABOUT MEE:D FAVORITE RAPPERS I LIKE TO BE WITH MY FRIENDS BECOUSE I NEVER SEE THEM ONLY AT SCHOOL.ANOTHER THING IS LAYING DOWN AND PLAY XBOX IS RELAXING YOU JUST MOVE YOURE HANDS 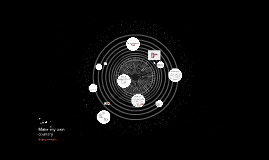 Make my own Country

Transcript: Make my own country Every house must have an underground hideaway and an emergency sandstorm kit for the sandstorms that occur on mars every 5 earth years (3 mars years). Welcome to Librago, a wonderful place to live :) - No gun/weapons - No drugs unless used for medicinal purposes - Immigrants are allowed - No abortion - Murder will be punished with 5 years of jail and then hanged. - $500(added to the original price) fine on any form of shop-lifting -Same-sex marriage is legal -Mandatory for all children to go to school -Someone with severe criminal record is not allowed to immigrate Political 1 Crent = 2 Canadian Dollars By: Yenna and Hamna Welcome to Librago International Relationships - Since we live in the space, we are going to explore the space on behalf of other countries. Motto - Seek beyond the stars Culture - Multicultural Jobs - Scientists, Engineers, Free health care Language - English Symbol - Space ship & Star Librago being in space, can explore many planets faster than any Space Stations launched from Earth. Earth and Librago can work together and discover new properties in the Solar System. Scientists came up with a brilliant idea of getting electricity from CO2 (Carbon dioxide) by using a membrane. Membrane separates negative and positive, so all the electrons move from one side to another. And that is current. So if we use this idea we can make electricity with something humans produce everyday when breathing. An alternate plan could be to just using solar panels. For the protection when the sand storm comes, we would install the Hab Module underground. The Hab Module can also be placed above ground and act kind of like a convertable car, covering up your house during a sandstorm on Mars. We would probably use titanium since it's light but is the strongest metal. Access to electricity Access to food Librago's relations with Earth. Laws According to the scientists, there is tons of fresh water at Mars in the place called "Polar Caps". The northern ice cap alone is 621 miles across. There’s also dust-covered glaciers that wrap around the planet. It’s a huge amount of ice that provides water, although probably not renewable. There is also an alternative plan, which is using a machine called the Omniprocessor that turns human waste to water. It runs in such high heat that there isn't any disgusting smell. For oxygen, since trees naturally produce oxygen with sunlight, water, and carbon dioxide, we could make a green house/garden where trees are planted. 1 acre of trees can produce oxygen enough for 18 people in one year. And Mars has 144.8 million km² of area. That is 35.8 trillion acres. We only need 111,111.1 acres a year to produce amount of oxygen enough 2 billion people. Currency Access to Oxygen Flowe Demaradith Matees Arusic The four provinces of Librago Have you ever thought about living on mars? How would it feel to see the sparkling stars along with all the gorgeous planets around you? Well now you can! Become a citizen of Librago, the first ever country to be in space! We follow the British Political System with some changes (still in progress). 1. We have two Prime Ministers In NASA, they found out that martian soil actually have enough nutrition for a plant to grow. Fertilizer would have to get added though. This can also solve the food problem too. We can grow vegetables from there and eat. NASA’s project, Veg-01, is about growing vegetables from its rooting ‘pillows’. They used LED lights to help the growth of the plant. As you can see in the picture, Mars soil has enough nutrients to grow plants Access to water This is the Hab Module. It was intended to be the main living quarters of ISS but it was rejected. However, it seems like a good idea only if you shrink it down a bit. Other Stuff 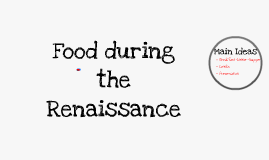 Transcript: Breakfast-Dinner-Supper Drinks Preservation Meals normally consisted of a roast, then a salad, and lastly fish. Soup was very expensive, so normally kings and queens had it. This is a kitchen in Italy during the Renaissance Meals for the lower social classes usually consisted of dark bread such as rye or barley, and cheese or curds. Sometimes servants at wealthy households ate better than lower class people. Each meal for the middle class generally consisted of several different dishes. For dessert, the middle class dined on sweets and confections with spiced wine. Salting was a method to preserve food, but it made the food very salty and needed expensive spices to disguise the bad flavor There were two methods of food preservation using salt as a preservative Dry-salting where the meat or fish was buried in salt and brine-curing where meat was soaked in salt water. Vegetables, such as carrots, caraway and parsnips were popular. Asparagus was expensive, Salad greens, such as lettuce and watercress were also very popular foods. Breakfast - Food and drinks normally served between 6 -7 am Dinner - Food and drinks normally served at mid-morning, between 12 - 2 pm Supper - Was a big meal and food plus drinks were generally served between 6 -7 pm Honey was used to make a sweet alcoholic drink called mead which was drunk by all classes Wine wasn't just made with grapes, there were other fruits. These other fruits were cherries, currants, raspberries, and pomegranates that made wines. Food during the Renaissance "Daily Life in the Renaissance Era." Eras of Elegance. Eras of Elegance, Inc, 2007. Web. 13 May 2012. <http://www.erasofelegance.com/history/renaissancelife.html>. Citations "Renaissance Food." Renaissance Food. 2010. Web. 13 May 2012. <http://www.renaissance-spell.com/Renaissance-Food.html>. "Middle Ages Daily Meals." Middle Ages Daily Meals. 2009. Web. 13 May 2012. <http://www.middle-ages.org.uk/middle-ages-daily-meals.htm>. Main Ideas 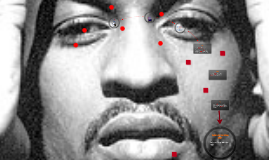 make my own museum

Transcript: where did rakim start recording rakim started recording in 1995. why who how where thank you for being quiet how did rakim make his first single answer his friend known as dj Marley Marl which was his roomate had him use his studio who was his favorite person to talk to. his mother when ever rakim was mad about something he went and talked to him. facts my thing was nice right. RaKim why did rakim and eric b split up. They spit up because eric b had a problem with rakim because both of them wanted to pursue a solo career When did rakims hair fall off. it fell off after he got the high top fade it makes your hair fall off. what what was rakims real name his real name was William Michael Griffin Jr. 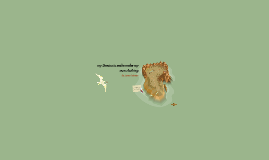 my Dream is make make my own clothing

Transcript: Love music basic knowledge Why? by: Jesus Galeano Good skills A lot of creativity passion the desire to create things Thank you! for dream with me. I finished the school, Now what will I do? The beginning - is my dream since I'm in the school - like to dress differently - I like the creativity and this is a good way to show it -my grandfather stamping clothing in the past, so i have a good teacher and have a good history Graphic Design help me yeah! my Dream is make make my own clothing Good Question? which of these help me to fulfill my dream? in my eighth semester I have a free elective and chose printing and finishing textiles in school we made shirts for promotion, this becaming in a dream for me And my dream became in a reality in process Design vs Music 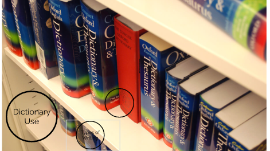 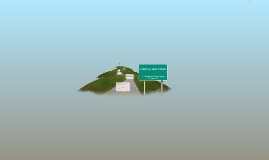 make my own choice