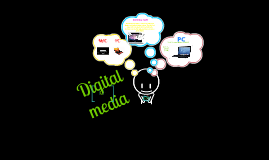 Transcript: SMASHING PC :) HOPE YALL LIKE IT :) HERE IS THE SKIT GOOD MAC FACTS PC the PC is great for gaming HERE IS THE SKIT Digital media The MacBook features a widescreen glossy LCD display and a built-in isight webcam. The MacBook closes with a magnetic latch mechanism the MacBook was the first Apple portable to feature a glossy display. MAC AND PC The PCs has anywhere from 2GB to 8GB MAC PC 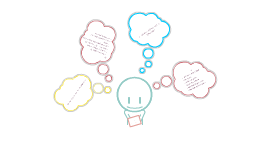 Transcript: MAC COMPUTERS. WHY ARE THEY SO WONDERFUL? Mac: Seven hour battery life Hardware & software is stable Costs $100 - $500 more than PCs Come with photo editing features already installed Have a magnetized power cord Less likely to get viruses PC COMPUTERS. WHY ARE THEY SO WONDERFUL? PC: Software is easily available Low prices Better for gamers Easier to customize More likely to get viruses More likely to have hackers Thank you for your time our lovely little lemon drops,(; We hope you have fun making a future choice on your new computer! By: Lauren Bruner, Macy Herrington, and Leah Jones MAC & PC 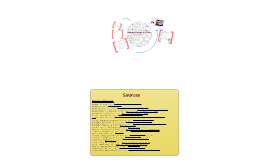 Transcript: 1. Design: The Apple company has made the designs of their product one of the most important aspects to their name since 1984, with the first Macintosh. PCs on the other hand, are manufactured by hundreds of different manufacturers whom are only endorsed with another O.S (Operating System. 2. Price: It’s quite rare to find a Mac under the price range of $1,000. Though plenty of PC’s fall under even the $500 mark. 3.Technical Specifications: While the price of a PC may be lower than a Macs, some of the technical specifications may not be up to the “high-end” standard of Apples inventory. 4. Choice: Currently, Apple offers around five different lines of computers. PC though, come in a plethora of different shapes and sizes. Mainly due to the vast number of brands that are Windows and Linux based. Some popular brands include Dell, Toshiba, Compaq, Gateway, and HP. All with different lines of PCs for a consumers choice. 5. Customer Satisfaction: One of the most noticeable differences between Mac and PC is customer satisfaction. With a number of 357 stores worldwide and growing, online support, and over the phone customer service, Apple has one of the leading Customer Service 6. Availability: When it comes to third-party retail stores, Apple is noticeably more selective than PC manufacturers. Although Apple has a growing number of retail stores, they still tend to build in large population centers. PC manufacturers on the other hand has a much greater availability rate with a different type of PC in every electronic store you can find. 7. Operating Systems: The Operating Systems between Mac and PC are the greatest difference that one would probably notice. Mac uses their self-made OS X software while PCs use licensed software such as Windows, and Linux. Though in the past, OS X software was regarded as the better of the two softwares. Windows has recently made tremendous upgrades to improve sluggish performance and other miscellaneous nuisances. Nowadays the choice between OS X and a PC based software leans more towards style preference. 8. Users: Apple has worked for a while now to create the image of Macs being the hip, and stylish thing to have, while portraying PC’s as old, nerdy and un-trending. Commercials such as these show what they were getting at. Although a bit stereotypical, there is a bit of truth to what they’re saying. 9. Software: Numerous amounts of software are specifically made for PC based operating systems. Business programs and a handful of games are PC exclusive which make the differences between Mac and PC a little hard get over sometimes.1 10. Security: Another big difference between Mac and PC is the level of security you can expect from viruses and other unwanted intrusions. Because the vast majority of the world's computers run Microsoft Windows, most attacks focus on PCs. Malware like Trojans, which trick users into installing them by pretending to be something desirable, like antivirus programs, and botnets, which quietly enlist computers into an army of zombie machines designed to distribute spam or advertise fraud, are now common threats to PCs, but rarely harm Macs. A personal computer (PC) is a microcomputer designed for use by one person at a time. Prior to the PC, computers were designed for (and only affordable by) companies who attached terminals for multiple users to a single large computer whose resources were shared among all users. The term "PC" has been traditionally used to describe an "IBM-compatible" personal computer in contradistinction to an Apple Macintosh computer. Top Ten Differences Differences Between PC and Mac Now The Question Arises Which One Are YOU? By: James Vernon Some main differences between Mac and PC are: Security Customer Service OS Price Design What’s A PC?? Sources What’s A Mac?? http://whatis.techtarget.com/definition/personal-computer-PC http://www.webopedia.com/TERM/M/Macintosh_computer.html Apple. "Apple Introduces Boot Camp." April 5, 2006. (Aug. 19, 2011) http://www.apple.com/pr/library/2006/04/05Apple-Introduces-Boot-Camp.html Apple. "Apple Retail Store." 2011. (Aug. 19, 2011) http://www.apple.com/retail/storelist/ Apple. "Apple to Open 25 Retail Stores in 2001." May 15, 2001. (Aug. 19, 2011) http://www.apple.com/pr/library/2001/05/15Apple-to-Open-25-Retail-Stores-in-2001.html Arthur, Charles. "Apple Computer Sales Grow Faster Than PC Sales for Five Years--But Why?" The Guardian. May 24, 2011. (Aug. 19, 2011) http://www.guardian.co.uk/technology/blog/2011/may/24/apple-sales-growth-pc-market Bertolucci, Jeff. "2010 Reliability and Service Survey: Desktops." PCWorld. Nov. 28, 2010. (Aug. 19, 2011) http://www.pcworld.com/article/211081/2010_reliability_and_service_survey_desktops.html Bertolucci, Jeff. "Reliability and Service: Laptops." PCWorld. Nov. 28, 2010. (Aug. 19, 2011) http://www.pcworld.com/article/211402/reliability_and_service_laptops.html Bloomberg Businessweek. "Who is Jonathan Ive?" Sept. 25, 2006. (Aug. 19, 2011) 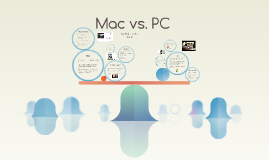 Transcript: Today Macintosh items are seen as a premium product. With the sleek designs and price point, it is indicative of a quality product. Starting price of a standard MacBook today is $1,299.00 Unique Features The PC has become a product where a user can personalize the product from it's very foundation. It is now much cheaper and easier to create your own PC than it was years ago. Retailers now sell PCs from various price points as cheap as $299.00 and up. A consumer can spend as much money they want to make or buy a product that meets their own needs. PC computers vary different today. They are more accessible to the consumer and there are many brands and price points for consumers to choose from. Such devices include: Chromebook Netbook Desktop Computer Laptop and many more. Mac Mac vs. PC Created, designed, developed by Apple Inc. Steve Jobs first introduced the "Macintosh" computer in 1984. The first version of the Mac was expensive and struggled in the competitive market. Premium Product One unique feature Macs has is the operating system. OSX. The Apple store for downloading and purchasing apps. Safari browser exclusive to Apple products. Apple music store, which is very competitive in terms of music distribution to users. Macintosh Products Today The first mass consumer introduction of the PC was in 1972 with the HP 9820 micro computer. Soon after different brands and computers were introduced over time. Windows soon became the most predominantly used operating system with PC. The earliest PCs were sold in "electronic kit" form and were very limited. Ability to upgrade and pick from different specifications and price points. Typically uses Windows the most renowned and used operating system in the world. A more personalized way of using and operating software. A lot of the Mac computers come in various sizes. 13in 14in and 15 inch displays. Each with various price points Retina Displays also come with additional costs Color and variety has become the new marketing strategy today Macs today have reached a more competitive price point. More consumers are more willing to pay for the competitive pricing for the product and services it provides. Mac products today include: MacBook MacBook Air Retina MacBook Pro MacBook Pro and many more... Personalized Product PC Types of MacBooks Unique Features By: Philip Ortiz CS 12 PC Computers Today 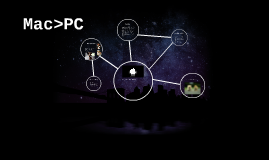 Transcript: All of the cases for your iphone/labtop/ipod as you can buy! Kill time with the endless number of apps in the app store! The Fun Things FACTS: The Perks: It Just Works: By: Tyler Pepe Mac>PC Problems? Go to apple store. The iCloud. Huge data base that can store anything from your first apple product to your last. Buying one is so incredibly easy. The Race is on ! No viruses ever! User Friendly Attractive and lightweight. Roughly 10 million mac's are sold each year.Just the computers alone. According to research done by Boston Mass Base Strategy Analytics,in America 93% of apple users will buy the next product released by apple. 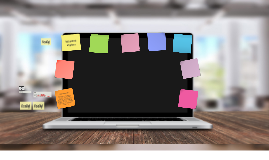 Transcript: Inform Yourself! There are so many great resources on positive education. Start by learning more about flourishing, by checking out these awesome books, videos, articles and websites! Books: "Flourish" by Martin Seligman "Flow" by Mihaly Csikszentmihaly "The Happiness Advantage" by Shawn Achor Videos: Really! Really! Add content anywhere Really! 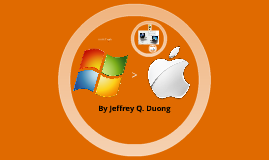 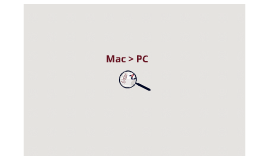 Transcript: Sexy SO, everyone should own a Mac instead of a PC. Safe We should buy things that are safe, last long, and sexy. Mac's are better then PC's because they are safer, last longer, and look sexier. Mac uses less flashing lights and overall provides a more attractive appeal to the eye. It’s made from strong, beautiful materials like aluminum and glass. It comes with the latest technology, powerful processors, advanced graphics, and fast memory. And it has features you won’t find on a PC. So from the outside in, a Mac is designed to be a better computer. Mac > PC Mac's are built with dependable materials that wont easily break and software that wont fail. Assumption Last Long Macs have the best firewall and security systems available. Mac PC