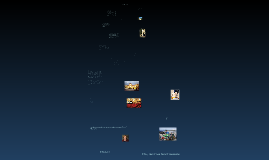 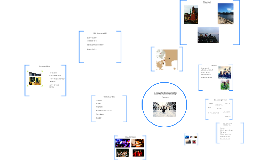 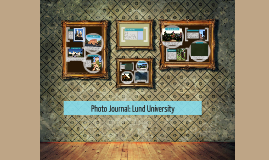 Transcript: This building was originally Built as a hospital in 1867. It now functions as the graduate school for the psychology institute, and the old hospital chapel serves as the lunch room. Palaestra Lund University promotes a sustainable lifestyle for their students with a combination of a walkable campus and abundant bike parking. Nature The University Building This was the first building constructed for Lund University, built as a library . At this time the university was surrounded by a wall, enclosing the buildings and a green space. This was not only to give the students a quiet and secluded study area, but also to keep out the beggars and loose pigs that roamed the town. The second building to be built for the university, King's house was originally used as classrooms. It was the last building to be built for the next 200 years. Tegner The university used to have a monastery, however when the building was taken down the University found a sustainable use for the ruins. Townspeople were allowed to take stones from the rubble in order to use in their own homes and in other buildings of the University. This prevented the use of more natural resources, and was definitely a form of recycling. Lund University First Building Kings House The church of Lund was built in 1100, while the town was still part of Denmark. The church was a large factor in the decision to build the university in Lund, as it provided an already established place for religious studies Student Organizations Cathedral The Lund Campus is integrated with the nature of the town. Trees on the campus are planted in straight rows to help organize the university. This planning contrasts the unorganized nature of the winding streets of the town. The University building is home to the principals office as well as other members of the university administration. It is also where students of the international program come for a welcome reception after their arrival, as well as where they attend a ceremony to receive their PhDs. This building is planned smartly to be the entrance and exit for students of the university. Bikes Photo Journal Summer 2013 Emily Wheeler Lund, Sweden This university has proven to be a sustainable campus as the university has continuously chosen to remodel it's historic buildings, rather than building costly and wasteful new ones, except when necessary for expansion. This is an example of true preservation at it's finest. Additionally the University maintains a walkable campus where students can safely bike. This statue is of the main bishop in Lund during the time of the Universtiy's beginnings, Tegner. He had a large influence on the development of Swedish Society. After the final war between Denmark and Sweden made the school lose support, Tegner was a large force that kept the university from closing. Old Hospital This building was originally built for student housing and as a recreation area for the abundant coffee culture of Lund. Now it is used as an office building for organizations within the university, such as the Student Union. Photo Journal: Lund University This building provides the students with plenty of places to study, and in order to sustain the history and keep the building, rather than creating a new library the university has simply added on more space to the back of this building as the school grows. Palaestra was used as the university gymnasium until the 1980s when there was a fire. Instead of demolishing the building, the university repaired the inside. This sustainable act saved the university money as well as resources. Old Monastary University Library 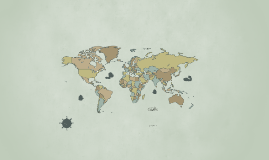 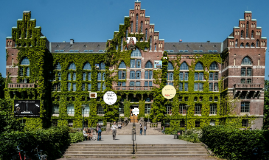 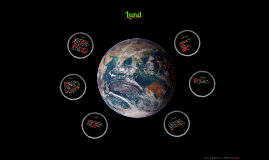 Transcript: photo credit Nasa / Goddard Space Flight Center / Reto Stöckli Transport 1953 Lund got connected to E22, Swedens first motorway. About 45% of the transporting is whit bikes, we have ca5000 parking spaces for bikes. since 1857 Lund has been conected whit Stockholm and Malmö thanks to the railways. Lund is located near Malmö-sturup airport which is mainly used for domestic flights. Industry Main sights History Lund was funded in year 990. It was one of the most impotant city for Danmark.It the time Luns church had a verry strong conection whit the archbishop. Later on in year 1085 Lund bulit a school named Katedralskolan, and its Scandinavens oldest school. 1676 was Lund defended in the battle of Lund, one of the bloodiest fought in Scandinavien. Sports Education Lund universety main building The universety library Laberiet Grand hotel The chathdral school Botaniska trädgården Domechurch Allhelgonachurch Lund lund is the center of high tech companies, such as Sony mobile communications, ST-Eriksson, doro and other telecommunications company's. Tetra pak company's home is lund. Lund Universety is on of the oldest Universety in Europe. Schools in Lund have lot's of students from other parts of Sweden. Lund is knowed for the teams H43 and Lugi which is handboll both for women and men. Lund is also the birthplace of the online football manager game Hattrick. 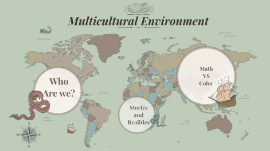 Transcript: Multicultural Environment Who Are we? Who is Asmaa? IKEA around the world IKEA around the world DISTRIBUTION SERVICES IN NORTH EUROPE DISTRIBUTION SERVICES IN NORTH EUROPE IKEA IT AB IKEA IT AB More than 1500 Co-workers China US Germany Sweden India Poland .... What do I do? Test Center Test Performance Specialist What do I do? What we test? What we test? Are we readly to go live? Why is our system prformance poor? Does our system comply with the Bussiness performance requirements What will happen if our business grows Stories and Realities Asmaa's observations Fun Facts Different: Food Appearance/hair eye color ---- -Lunch at 11:30! -Dinner at 18:00! -No suits for CEO! -Different Sense of Humor! Struggles -Language! -Communicating -Expectation -Sense of Humor -Far away from all friends -Not so young to start all over -So young to care -Getting used to the environment, before getting to learn anything new I Enjoyed! - Clear and smart goals - Rapid changes - Scense of humor -Possibility to grow -Group work - Energy Another point of view Manger's Observation Multi dimension and angle to look at projects and results What are the Differences? Different topic can be interpreted differently Managers want to have discussion What did you Learn? How people perceive things and you can not get things for granted No bias after some time working in this environment Differences in meeting, other cultures do not talk openly All opinion matters What is the drawback and difficulties you faced? How did you manged them? People try to be polite to the manger Managers expect them to do what have been discussed The benefits of multicultural work environment? Math VS Color Lets talk Math What about colors? Math is the same everywhere The results are same What about binary? 0,1,1,1,0 What does 1 and 0 mean? On? Off? What is black? What is white? People are colorful What will happen if we mix Black and white? People are colorful Gray color! What color exacly do we mean, when we say gray? People are not 1 and 0! People are not black and white! People are colorful! Brain chemicals controls hormones Biology VS Habits Biology VS Habits Serotonin Dopamine Mood Emotions Cognition Decision Created by repeated behaviours Where do habits come from? Habits Behaviours are the results of the: Received by : Education Observation Trial and Error Learned Who are we as a person Think Time People are different Being different is a good thing! No bias! Differences, create creativities and ideas