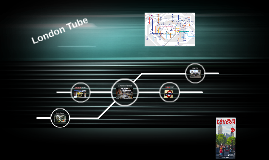 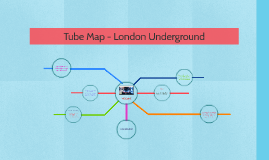 Transcript: WELCOME Are there things about the things about using public transport you don't like using at the moment ? Objective Consolidation Training Methodology Step 1 - The Big Picture Step 2 - Demo Step 3 - Hands On Step 4 - Consolidation Tube Map - London Underground Did you know..... that on average we take 923 per year. Whether it's commuting, visiting friends and family or exploring a new city, that's a lot of traveling To see if an APP can give us what we need to help with a journey through London using the underground system Would you use an APP to help you get around London? What would be useful to see on an App to help us navigate around London using the underground? 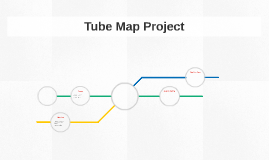 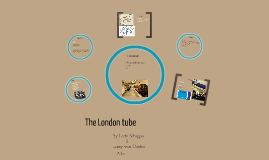 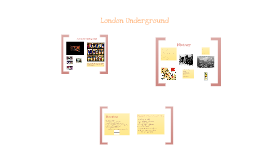 Transcript: History Why is the underground a good idea? - 1869 the London, Brighton and South Coast Railway - East London Railway - 1865 - ELR - 1884 - services on the line. - the end of the 1880s - the end of the 19th century - far outside London - a single network - the District Line, the Bakerloo Line, the Piccadilly Line, the Edgware, Highgate and Morden Line, the Metropolitan Line, the Metropolitan Line , the East London Line, and the Central London Line. - 1 January 1948 - nationalized by the Labour government Main function: transport First metropolitan line: 1863, huge success Lowest-paid workers: special, cheap pre-6am trains Nowadays 3 million passengers a day with 3.4 million per weekday 8 December 2006: 4 million people on one day 2006: a billion passengers in one year Third busiest metro system in Europe, after Moscow and Paris Art on the underground London Underground - 1868 the Metropolitan District Railway - 1864 - Inner Circle railway - A fierce rivalry - most lucrative railways in the suburbs. - The London and North Western Railway - Outer Circle - 1872 - The Inner Circle - 1884 - West Brompton and Blackfriars in 1870 - 1877, it began running its own trains - overcrowded roads - railways through the city - dangerous and unhealthy - underground - lack of space above ground. - the stationary was too far away from the center of London - stagecoach - 1854 - Metropolitan Railway - King’s Cross, St. Pancras, Euston and Paddington - excavated the tunnel and they covered it - the Metropolitan Railway 1863 - locomotive to pull the trains "My work feels like strands of my thoughts that have flown around the universe before coming back to materialize." The stagecoach Construction of the Metropolitan Railway The roads were too crowded At first too dangerous and unhealthy It doesn’t bar any other traffic. Saves energy and gives a good mood. Better for the environment. Useful for people who cannot afford a car. You don't have to pay insurances and you don’t have to pay road tax. The of attention Functions centaur 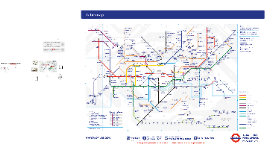 Transcript: THE TUBE Circle Regent's Park UNDERGROUND Jubilee Westminster Holborn Picadilly Line Covent Garden We are ALL at Paddington Station (p. 14) Key to lines Russell Square Tower Hill Tottenham Court Tower Hill Central District Waterloo Oxford Circus St. Paul's b) Go together with your neighbour and ask her/him how to get to the station you picked. ROLE PLAY at Paddington Station a) Each of you picks two destinations on the map - 1 without a change - 1 with ONE change write a complete sentence how you to get there South Kensington Bakerloo Hammersmith & City Chancery Lane Central Line Miraflores Holborn Holborn 5 min Barranco Holborn Holborn Surco Chorrillos 5 min 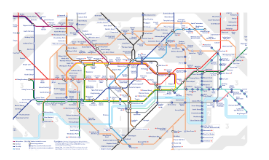 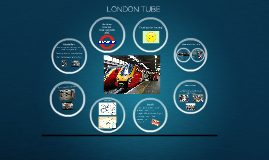 Transcript: LONDON TUBE Velocity = 80km/h max Thank you for listening! Disasters in London tube. 56 Deaths 700 Injuries Terrorist group: Al Qaeda Historical Facts Liverpool Station is the most crowed after Waterloo and Victoria with 55 million people every year. Details 2005 attacks on the London Underground This is a station in London. The London Tube is the oldest in the world at 150 years old. Currently, there are 274 stations open. Over 3,000,000 passengers use them. Main Stations The Tube Map Length = 408 km (second largest) Alma, Mexico Gilson, Brazil Hussain, Saudi Arabia 20B OC First disater was 1975 at Moorgate Station. Lines = 11 Stations = 274 300 Passengers Invovled 43 Deaths 74 Injuries Users/day = 2.95 million Price = £ 5 or £ 5.50 travelcard