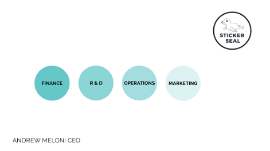 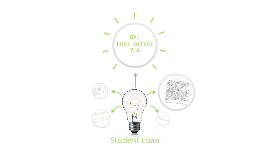 Transcript: Sallie Mae BY: Luis Galvez 7.6 • Interest Rate (%) 0.25% • How much they will loan you ($$.$$) $1,000 minimum • How long you have to pay it back (months/years) 15 yrs • What are the requirements to get this loan Be a Texas resident or be entitled to pay resident tuition rates as a dependent child of a member of the U.S. armed forces; and Meet one of the following academic requirements: Have graduated in the 2002-2003 academic year or later from a high school operated by the U.S. Department of Defense or from a public or private high school in Texas under the recommended high school program, or its equivalent; or Have earned an associate’s degree from an eligible institution no earlier than May 1, 2005. Not have been granted a baccalaureate degree; Be enrolled full time in an undergraduate degree or certificate program at an eligible institution; Have completed a FAFSA and be eligible to receive federal financial aid. • What are the guidelines to follow once you have the loan 4-year public and private institutions: $3,850/semester ($7,700/year) 2-year public and private junior colleges: $1,320/semester ($2,640/year) Public technical colleges: $2,220/semester ($4,440/year). A 3% origination fee will be deducted from the loan proceeds. Student Loan FAFSA Bill Gates Millennium Scholarship • Interest Rate 3.4% • How much they will loan you $2,500 • How long you have to pay it back 9 months • What are the requirements to get this loan If selected as GMS finalists, students must demonstrate eligibility for the Federal Pell Grant Program as part of their financial aid package for the 2013 academic year. Students must submit a Free Application for Federal Student Aid (FAFSA) to the U.S. Department of Education, Federal Student Aid Programs. Students are urged to file a 2013 FAFSA at their earliest opportunity. The 2013 FAFSA form will be available January 1, 2013 at www.fafsa.gov. Federal Pell Grants typically are awarded to families that demonstrate significant financial need. Eligibility for a Federal Pell Grant is a function of many factors, including dependency status, family income, family size and the number of students in the family. To determine if a student is Pell Grant eligible, he/she and the parent(s)/guardian(s) should meet with a high school counselor or the financial aid officer at the college or university he/she plans to attend. For more information, visit www.fafsa.gov • What are the guidelines to follow once you have the loan N/A Be On Time Loan 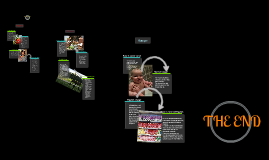 Transcript: How it came to be Native usage English Usage How it entered English How it came to be Native Usage English Usage How it entered English Shampoo How it came to be Native Usage English Usage How it entered English THE END The word shampoo originates from the Anglo-Indian and Hindu word champo. It was first seen in 1762 meaning "to smear or massage" In 1814 a Bengali businessman, Dean Mahomed, and his Irish wife, opened a spa bath in Brighton, England. His baths were like Turkish baths where clients received an Indian treatment of champi or a therapeutic massage. Dean's new treatment was immediately popular and he was appointed ‘Shampooing Surgeon’ to both George IV and William IV. When it entered the English language in the 1600s, it took its original native usage. In English, the word barbeque refers to the way meat is cooked over an open grill. Also, a barbeque has gone on to refer to a gathering to consume food that is quite similar to barbeque itself. This word was used to describe a wooded frame that dried, smoked, and grilled meat. However, it was also used to desrcibe a method of sleeping. My Special Loan Words In English the word shampoo is referred to as a beauty product to make the hair smooth and smell good. It is a grooming product to make the hair presentable and obtain a fresh fragrance. By:Josh Oliver Ketchup originates from China. Then, called Ketsiap, it was a spicy pickled fish condiment used in the 17th century. This sauce was very popular during that time and has had an exceptional influence in America today. The word is originally referred to as the Hindu plant 'champa'. The flowers from this plant are used to make fragant hair oil. Ketchup entered the English language when British seamen brought it home from China in the 1700s. It is hard to believe that ketchup did not always have tomatos in it. New Englanders added tomatos in the late 1700s. The word ketchup went from ketsiap to catchups to catsup to finanlly ketchup here in America. In English, ketchup is used as a noun representing a tomato sause. This word is often used in settings where food is consumed. People usually ask or are given this sauce to acommodate there food. KETCHUP Natives in China used this word as a name to represent a specifc condiment. In this case, it was a spicy pickled-fish sauce, rather than the popular tomato sauce we have grown to love today. It was usually pronouced as Ketsiap or Kecap; however, both pronunciations represented this peculiar native fish sauce. The word barbeque came from the Caribbean. This is where the Spanish word "barbacoa" was used to describe a wooden frame that was used to dry, smoke, and grill meat. Barbeque Originally, the word barbeque was spoken of, by the Taino people of the Caribbean. As people migrated out of the Caribbean and into countries such as Spain, France, and England, so did the word. People began to pick up on the word, change its spelling, and eventually in English it became barbeque.