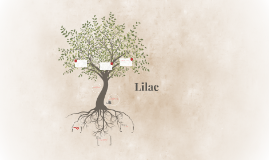 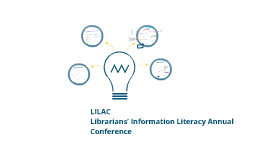 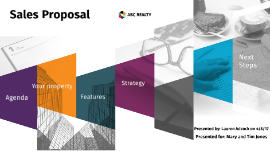 Transcript: Presented for: Mary and Tim Jones Presented by: Lauren Adcock on 4/8/17 ABC REALTY Proposal Sales Agenda Agenda About your property in Brighton Improvement suggestions Questions Executive Summary Executive Summary Problem Solution Projected Result Your property Why your home is unique to the marketplace Location Size Potential 15 Smith Street, Brighton 1960's solid brick, conventional style home 3 bedrooms, 1 bathroom Updated kitchen Leafy tree lined street Walking distance to the beach Close to public transport 650 square m. Large north facing backyard Opportunity to redevelop or renovate Internal features in more detail... Features 3 generous size bedrooms, all with build in wardrobes 1 bathroom with separate shower and bathtub Separate dining and formal lounge Updated kitchen with dishwasher Detached rumpus room or shed for storage Undercover pergola Three-split reverse cycle air conditioning Improvement strategy before marketing Strategy Problem: Evident salt damp Action: Call a building inspector to provide an accurate quote for prospective buyers. Problem: "Appeal factor" Action: Organise with one of our 'dressed for sale' colleagues to bring in furniture peices which enhance the appeal. Problem: Lighting Action: Install solar LED lighting in the entrance of the house to fill the house with more light (cheapest option). First Action First Action Second Action Second Action Third Action Third Action Next Steps Next Steps We are in your hands! Your property oozes potential and is perfect for investors who are in the market to redevelop, or for buyers who want a 'sea change'. If you are ready to make the commitment of selling your home, we are here to work to make this a reality. Questions? 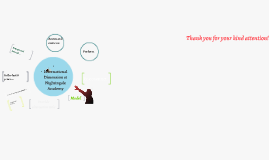 Transcript: 17 overseas trips and counting...... Model In the last 6 years.... Europe and beyond... International Dimension at Nightingale Academy Provide alternative tools Assess and move on Re-construct is here 17 overseas visits and counting... Over 200 participating students in 4 EU funded projects Perform Thank you for your kind attention! 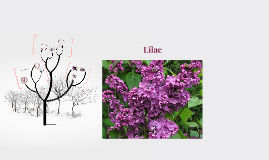 Transcript: They dry out for about seven weeks before they are ready to disperse there are thousands of seeds in one pod.Te seed pod closes and the seed pod forms. Things A plant Needs That night a jinormus rain storm came and soked the soil with water. Then the seeding started to swell evencully it split and the root goes down and the shoot goes up until it emergres. It emerges after 10 to 15 days time. Now it needs water, nutirents, , and the sun. The sun helps it make its own food. In three months it ill grow stronger and better.Eventully blooms appear at the end of the branches. Lilac Dispurse The seed pod closes and it brakes and the seeds come out they fall out. The can go any where then. So the seed cycle restarts. On a Friday afternoon on a hillside a girl needed a tray to put some paper in. She saw a green tray in the shed and she dumped out the dirt out that was in the tray,later that afternoon her mom asked" have you seen my green lilac seed tray" she said" yes i dumped them out sorry". Sprout Lilac Pollination Lilacs usually get pollinated by bees. The bee will land on the lilac and scoot to the middle and put its head in the polin and suck it up its liquid form in the base of the flower and spit it back out then it sticks to the side of the bees head and thats how a bee pollinates a lilac. The Beginning Seed New Seed Pod Forms 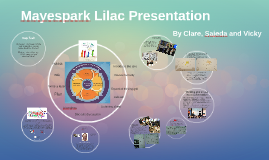 Transcript: Edit Socratic discussion Socratic Discussion Publish Expanded thinking grid - Confidence - Vocabulary used in the correct context - Deeper understanding of character's thoughts, feelings and motives. - They use inference skills within other subjects as well. - Changing formality in texts and speech. Formality All students take part, either as active participants or observers. Observers are given a key focus for their observation. Students learn the language of dialogue and discussion, e.g. I agree with your point of view however... I’ve looked at the evidence but draw a different conclusion from it. It provides an opportunity to use modal verbs in a real context It can be used across the curriculum. Share your mind maps with the year group. What do you notice about the children? What activities did you try? Which were the most effective? Why? Purpose: A writing activity in which pupils try to reconstruct the text in a way that captures the original register i.e. delivers the same tone and formality as the original. Process: A challenging academic text is read aloud twice to the pupils. On the first reading, they simply listen. During the second reading they are allowed to take notes. They then work collaboratively to recreate the text and, finally, they compare this with the original? Did they ‘capture’ the same tone/ level of formality? Were they able, perhaps, to improve on the original version?! We used the expanded thinking grid to lead into a conversation between 2 characters. Children used the ideas they gathered for each character to help them understand them in more detail prior to role play. Children then worked in mixed ability pairs to role play acting in role as a character each. Once we had finished work on the character studies in the books, I created a new character and wrote a letter as that character. I read this to the children once through while they listened. I then read this a second time and children took notes of any interesting words or phrases that they heard. Children then constructed their own letter as the new character using the pre-prepared letter as an example. Students actively reconstruct the meanings with their peers rather than just copying out the text. ESL children not only have the opportunity to contribute to the task but they also benefit from listening and talking with their peers. It helps students to remember the content and can be used at any stage of the cycle to consolidate knowledge. The Activity The layout of the classroom is crucial for the success of this approach and requires a central group for the discussion group with the remainder of the class, the observers, seated round the central group. Gap Task This activity is an example of talk as performance it is used to consolidate ideas before children are asked to write – Preparation for this activity is best done as a joint construction. Different tables within the classroom prepare either from a different perspective, on a different aspect of the topic, on related issues. One child from each group is selected and prepared to take their place in the Socratic circle. This activity cannot be carried out without preparation! Pollution refers to the release of contaminants into the environment. The most common types of pollution include air, water and soil pollution. There are various sources of pollution and they can be classified according to the four major areas of human activity: industry, energy, transportation and agriculture. With increased industrialisation has come increased pollution. While air, water and soil pollution may have decreased in industrialised countries due to tighter controls on emissions and the management of waste products, developing countries have experienced an increase in these kinds of pollution. These were used to allow children to: understand the characters in the story. infer what the characters were like using the pictures and text. justify their opinions using evidence from the story and the text. Stages Write a letter By Clare, Sajeda and Vicky Socratic discussion is based on the way Socrates led learning activities in ancient Greece. All of his students were expected to share their thoughts and opinions regarding the written and spoken word. Socrates did not take part in the discussion so that students would feel free to voice their own opinions. Thinking grid to lead into a conversation -Discussing formality -Created a register continuum - Looked at different text types - Looked at pupils work - Used it throughout the topic Plan Dictogloss Discuss formality Listening sheet Dictogloss Formality pollution agriculture industrialisation Impact Expanded Thinking Grid The Layout Outcomes Children were a lot more excited about the story and were eager to find out more. They understood the characters better and were able to use the ideas and vocabulary in their own stories. The children were able to justify their opinion using evidence from the text and pictures which improved the 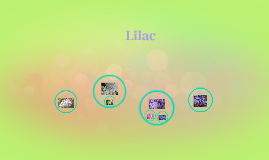 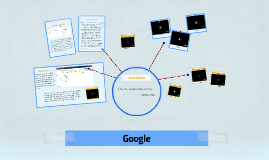 Transcript: Gmail Google If it isn't on Google, it doesn't exist. - Jimmy Wales Google Calendar Google Calendar It allows users to create and edit documents online while collaborating with other users live. The three apps are available as web applications, as Chrome apps that work offline, and as mobile apps for Android and iOS. The apps are compatible with Microsoft Office file formats. Gmail Gmail Google Images Gmail Conclusion Google Docs Google Calendar Google Docs Google Docs, Sheets and Slides are a free, web-based word processor, a spreadsheet program, and a presentation program respectively, all part of an office suite offered by Google within its Google Drive service. Events are stored online; consequently, the calendar can be viewed from any location that has Internet access. For users who might experience a hard drive failure, it also means that no data is lost. The application can import Microsoft Outlook calendar files (.vcs) and iCalendar files (.ics, the de facto open calendaring file format). Gmail Google Calendar allows multiple calendars to be created and shown in the same view. Each can be shared, either read-only or with full edit control, and either with specified people or with everyone (public calendars). In February 2009, Google discontinued the option of searching for public calendars from the search field by removing the "Search Public Events" button. It also disabled its public calendar gallery,[4] citing maintenance and usability issues. The company suggests adding calendars via the "Interesting Calendars" feature, known calendar URLs, or via email requests to friends. Daily "To Do" tasks cannot currently be shared between users.