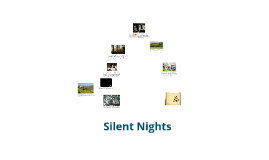 Transcript: She remembered with a sigh all of the invitations from her neighbors she had ignored. And she decided it was time to start filling her days with conversation instead of just silence. Around the same time that her silent nights became commonplace, Piper started having trouble sleeping. Often, she woke up while the land was still dark, so she would take short walks through the woods to clear her head. Piper loved her house on a hill. Never was there a knock on the door, never the ring of the doorbell or telephone to disturb her peace. In fact, her peace would have been perfect if not for the noisy owl perched outside her bedroom window at night. Sometimes the owl hissed, sometimes it screeched, but it was the lonely "hoo, hoo" that disturbed Piper most. It was during one of these strolls that she noticed a familiar sound—the "hoo, hoo" of her former nemesis. But there was something different about it…the lonely sound had somehow become happier. Piper looked up and saw, not just one owl, but an entire group of them. She couldn’t help but smile. So many nights she cursed the noises soaring through the sky, until one heavenly evening when she heard nothing but the sweet sound of silence. She thought it a fluke at first, but that joyously quiet night was followed by another, and another, and another. When she returned home, she noticed how far away her house seemed from the others on her hill. Silent Nights 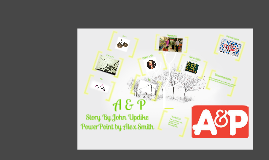 Transcript: Summary Story By John Updike PowerPoint by Alex Smith Central Conflict Man Vs. Man www.googleimages.com A and P short story By John Updike Story and Structure Works Cited Author's Bio Characterization Symbols Theme f Recommendation A & P Point of View Plot I would recommend this story to most readers who look forward to an interesting twist at the end of stories 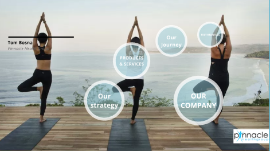 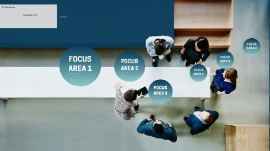 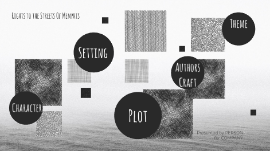 Transcript: Presented by PERSON for COMPANY Rights to the Streets Of Memphis Character TOPIC 1 Character The main Character was the Boy. He was around the age of ten and he was the oldest out of him and his brother. One day his father left him and his brother and his mother. His mother took the time to transform this boy into the man of the house by trying to make him tough. SUBTOPIC 1 SUBTOPIC 1 The mother was forceful but she had a reason to be so hard on the boy. he needed to take the spot of his father who left him. TEXT TEXT PICTURES PICTURES SUBTOPIC 2 SUBTOPIC 2 TIMELINE 2017 TIMELINE MAP MAP Location 2 Location 3 Location 1 CHART CHART Label 2 Label 3 Label 1 Setting Setting The Streets of Memphis takes place at night on the Streets in Memphis. The boy was told to get food for the family since he kept complaining about being hungry. When his mother told him to go it was dark like any other night. And the other setting is the inside of the Boys house which is where we are introduced to his living style. The Plot Plot To me the plot was for the boy to do what he needed to do. In the story the boy had a job and that job was to get groceries. The thing that stopped the boy was a gang of boys who would beat him and steal his money. In order to do his task he was forced to fight back. Not only his job was to get food but it was also to learn how to defend himself from others. Author's Craft Authors Craft The way Richard Wright made the story was kind of clever. Inside the story there are multiple problems that are solved with actions. Such as the Father leaving, that shows that someone has to be in the fathers shoes. The mother made the Boy fight instead of run shows how she is trying to make him the father figure. The boy will now be the man of the house and he would be able to fight instead of run. I though that was clever because it was two problems solved by one action. To me I believe the theme is to never give up. The boy wanted to give up but the mother would not let him. She pushed her son to the point where he had no choice but to fight. his actions showed him a different view on things. As he was able to threaten adults showing his lack of fear after beating the gang of boys. The Theme Theme 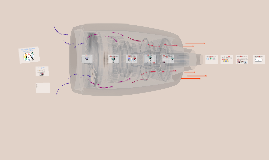 Transcript: Percy liked to help children make lots of lovely pictures. The happiest little cloud in the land. Green That wouldn't be good!" Said the children. "If Percy's colour's run he might feel all drained and pale and he would have to stay in bed and not paint with us." The children felt worried. What could they do? Purple and much, much more... It was Samuels the raincloud and he was dripping rain all over Percy! "Oh dear oh dear" thought Percy. "If too much water gets on me my colours will run!" There was a magic paint box called Percy. He gave the chidren one tiny rain drop and it SPLASHED into a cup The blue and the green and the White One day, Percy was on his way to help the children paint a funny little baby bug... The children felt sad too....but then they had an idea! Percy thought of Samuels being lonely and all the colours of him felt sad. Percy and the Raincloud! By Jessica Austin "I didn't mean to make Percy all wet." Sighed Samuels "I was just lonely and looking for friends. I saw you were painting and wanted to join in." Then Samuels started to sadly drift away... He felt a SPLASH! land on his head! What could it be? Red " Now all of the children and Percy and Samuels could paint together. They made a BRILLIANT team. "You could help us paint Samuels!" The children said. "If you could give us just a little of your water then we could it swirl our paintbrushes around and dip it in the colours!" "Hey Samuels!" One of the brave girls said; "Don't rain on Percy. He's our friend." And so that's what Samuels did.... Once Upon a time..... He was made from a RAINBOW of colours But then the children noticed that Samuels was sad. And do you know what? Samuels wasn't sad for much longer. In fact, his new friends had made him..... Orange When SUDDENLY.....