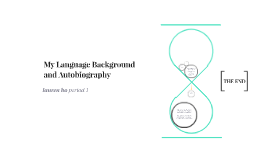 Transcript: My favorite colors are purple and blue. Now, in highschool, I'm learning ASL. lauren ho period 1 I am 14 years old. Since I'm still learning, I don't remember much. nmhs Hi, my name is Lauren I dislike having so much homework in all of my classes. and I'm hearing. I like to play tennis and eat food My Language Background and Autobiography I've been learning for over 3 months, and I think it's a little difficult. THE END I also knew a little bit of vietnamese. here are some more facts about me I read, wrote, and spoke in English growing up. My favorite leisure activity is reading. 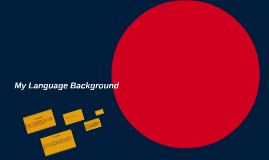 Transcript: I was born in California on Oct 13, 2000. I am currently 14 years old. I live with my parent along with my brother and sister. I have lived here in Newark for 4 years. My favorite colors are blue and black. I like running, reading, watching movies. I dislike homework. Growing Up I am currently learning English and ASL. My teacher is JD. I am learning ASL at NMHS. ASL is hard at times, but I like it. I remember 80% of what I have learned so far. My Language Background More About Me THE END High School Hello, my name is Adrian Vega. I am hearing. My parents are both mexican, so I grew up speaking two languages: English and Spanish. I learned English through out elementary school and Jr. High and Spanish from my parents. 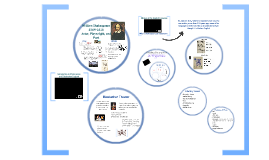 Transcript: William Shakespeare 1564-1616 Actor, Playwright, and Poet History Born April 23, 1564 in Stratford Upon Avon, went to grammar school here and married at age 18 (had three kids). Moved to London in 1584 and by 1592 (age 28), was earning a good living as an actor and playwright. By the early 1590s, was a managing partner with the Lord Chamberlain’s Men (changed to The King's Men in 1603), an acting company in London. In 1599 they had their own theater built on the banks of the Thames River called The Globe Theater. 1613- moved back to Stratford Upon Avon to retire and died in 1616 (age 52). Works Responsible for writing 37 plays & 154 sonnets. His plays were either Comedies, Histories, or Tragedies. Romeo and Juliet is a tragedy, written around 1595. So, now we know why he's important, but since he was writing more than 400 years ago, some of his language is really hard for us to understand even though it is Modern English Some Shakespearean sentences are hard to understand for many different reasons... Try It: translate the following: "Adieu, then, Sirrah! I would next time we meet thou art more civil. Alas, thy manners stinketh as a boar!" In many cases, if Shakespeare couldn't find the right word, he just invented it! These words we still use today. If you find a word that you don't recognize, try the following strategies: 1. Use the context of the sentence, paragraph, or even the whole scene to determine meaning. 2. Use the footnotes of the book. 3. Use a dictionary! 3. Know Your Parts of Speech For every sentence that confuses you: identify the major parts of speech (subject, verb, direct object, (and indirect object if one is used). Example: John caught the ball from Jane. Prince: And for that offense, Immediately we do exile him hence. “Away put your weapon, I mean you no harm” “Looking? Found someone you have I would say, hmm?” “Help you I can” If parts of speech are hard for you, remove all words that are not nouns and verbs Two households, both alike in dignity, In fair Verona, where we lay our scene, From ancient grudge break to new mutiny, Where civil blood makes civil hands unclean. From forth the fatal loins of these two foes a pair of star-crossed lovers take their life (...). Households dignity Verona lay scene grudge break mutiny blood makes hands forth loins foes pair lovers take life Two families are fighting; two foes, who become lovers, take their lives. 1. Take it all in! indirect object subject verb direct object Sometimes Shakespeare uses verb inflections by adding –st or -eth “Thou liest, malignant thing.” “What didst thou see?” “Why canst thou not see the difference?” "I speaketh the truth!" dramatic irony verbal irony irony of situation foil foreshadowing tragedy blank verse Women were not allowed to act. Women were played by boys. Introduction to Shakespeare and Elizabethan England Features of Plays subject verb direct object indirect object The Stage Why is Shakespeare so important? Theaters then were open air. Most of the audience and the actors were exposed to the elements. Read it out loud! Shakespeare's works are meant to be performed Think of it as a heavy accent, not a different language. How does Yoda talk differently than we do? act aside dialogue monologue prologue- introduces the themes and other important parts of the play scene soliloquy stage directions Old English 2. Know your Vocabulary! Middle English Literary terms Very few props were used and the scenery was very simple. Settings were referenced in the dialogue. Reading Shakespeare *Adieu= Goodbye Nay= No Alas= Unfortunately, shows sorrow *Ne'er= Never Anon= Soon, immediately after *Oft= Often *Art= Are Passing= Surprisingly Aye= Yes Perchance= Maybe Attend= Wait upon, to pay attention Prithee= I pray you, please *Cousin= Any close relative Resolve= To answer to, reply *Dost, doth= Do, does Sirrah= Sir *E're= Before *Thee/Thou = You Give me leave to= Allow me to *Thy/Thine = Your/Yours Hark= Listen *Thence= From that place, from there *Hast, hath= have, has *'tis= It is *Hence= From this place *'twere, t'was= It were, it was Ho= Exclamation to call attention Want= Lack *Knave= A villain/evil man *Wherefore= Why List= Listen Would= Wish *Morrow= Day *-est/-eth=added to verbs Shakespeare wrote during the reign of Queen Elizabeth 1. This is called the Elizabethan era. The Yoda Effect: Sometimes Shakespeare liked to mix up the order of the parts of speech, or use words as a different part of speech than they normally are (for example: when Juliet told Romeo "Although I joy in thee" she used the noun "joy" as a verb) There was no electricity. Plays were only performed during the day. 4. Remove Unnecessary Words History of the English Language Tips and Tricks Elizabethan Theater 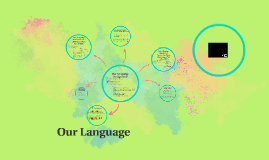 Transcript: Ways to Support Indigenous Revitalization New words Bulletin board Word Wall Use our language Relate to language loss Can offer a little German and Spanish Kayla: Come from an English dominant family Opa and Oma are German. Grade 5-11 took french Took German 100 in University Andrea Sterzuk & Russell Fayant (2016) Towards reconciliation through language planning for Indigenous languages in Canadian universities, Current Issues in Language Planning, 17:3-4, 332-350 Statistics Canada (2016) Linguistic diversity and multilingualism in Canadian homes. Diane Dagenais, Danièle Moore, Cécile Sabatier, Patricia Lamarre, Françoise Armand (2009) Linguistic Landscape and Awareness. Posters Students are aware there are other cultures Have dolls/ books and other things that show different culture. References Our Language similarities and differences from our students "Students participate in discussions about multilingualism, manipulate texts, listen to audio recordings and watch video clips in a range of languages, many of which they have not previously learned. They examine patterns that are different or shared among languages and attribute meaning to new languages by drawing on the languages they know" (Dagenais, 2009.) Normalizing Linguistic Diversity In the Classroom How to Support Mother Tongue US English as L1 Have knowledge in English Experience with English Our Language Our Language Background "Indigenous language revitalization is a huge challenge, but (2) hope is possible” (p. 50). While time is of the essence, improvements to the state of Michif and, more broadly, to Indigenous languages in Canada are possible and schools and universities have roles to play" (Andrea Sterzuk & Russell Fayant, 2016.) Encourage new words in different languages Have signs/ posters in different languages Explain how we experienced language loss and help them keep their mother tongue Our Language Profiles and History In The Classroom Students different L1 More knowledge in other language looking to get a good education Let them know its okay to speak their language make them aware of the past Explain how we are going to move forward Teach them about different treaties Encourage them to teach their language Similarities Can learn a new language together Both have to speak English in order to communicate Both have knowledge to share or offer Both experience language loss Everyone has an accent How much English do my students know If know, what do they struggle with Where do my students come from What is their culture How do they learn best How many languages do they already know Cassie: Great Grandpa spoke German Grandpa could also speak and understand Loss language because didn't speak much here. Grandma spoke French mainly spoke English Took Spanish 100 in university "In 2016, 7 in 10 people with a mother tongue other than English or French spoke one of these languages at home." (Statistics Canada, 2016.) What Teachers Need to Ask Themselves Before Beginning a New School Year