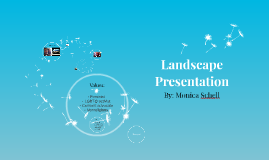 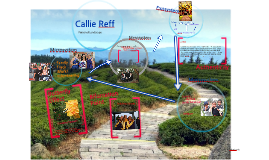 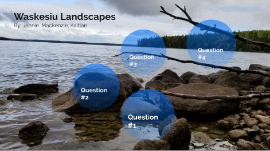 Transcript: By: Jennie, Mackenzie, Kaitlan Waskesiu Landscapes What are Canadian's attitudes to and concerns about the nature and constructed landscapes in which they live, and how do they express and act upon those attitudes and concerns? Question #1 "You are the heaving lakes, the rolling, green - jacketed hills" by Two Furious Oceans Picture 1 Picture 1 "and the antlered deer; the green windswept curve of Gaspe´ loin,¨ by Between Two Furious Oceans Picture 2 Picture 2 People love looking at the beautiful landscapes that they live near or live at. Once looking at it for a long time they realize that its not that important but it may be important to other people that have never seen it before. Some people want to protect them but others want them destroyed to make more room for more houses and malls. Explanation 3 Explaining the Question Question #2 How have Canada's natural and constructed landscapes influenced Canadians? Picture 1 "applauding leaves" By Not Just A Platform For My Dance Picture 1 Picture 2 "the river willows and the gracious elms; chipmunk and beavers" by Between Two Furious Oceans Picture 2 Explanation 3 Canadians are influenced by the landscape because they are so beautiful that they have to capture it. they get influenced because they realize that they can be that mother nature can create something that wondrous. by the picture it just feels like you are there looking at that landscape in person. Explaining the Question How have natural and constructed landscapes deeply influenced Canadian artist, speakers, and authors and their texts? Question #3 "flat - footed fields" by Not Just a Platform for my Dance Picture 1 Picture 1 "played in the branches of trees over head" By Wilderness idea Solution 2 2 Picture They want to explain how the landscapes are in depth. they want reads or viewers to look or read their art and imagine them looking at it in real life. The artists or author are very much influenced by the landscapes because the landscapes speak to them in a way that we all could have never imagined. Explanation 3 Explanation How do we honour the histories of many peoples who live in Canada while we forge landscapes that are contemporary and emerging? Question #4 4 Picture #1 Picture "the sky in that country came clear down to the ground on every side" by Wilderness Idea 1 Picture Picture #2 "shaped our history as a People" by Wilderness Idea 2 We can honour the people in Canada because since we are forging the landscapes then it will help people make money on those beautiful landscapes with they could cherish forever because a picture can be a million words. Explanation of the Question Explanation 3 Google images - images for the explaining "Between Two Furious Oceans" by Dick Diespecker The Wilderness Idea by Wallace Stegner Not Just a Platform For My Dance By Marilyn Dumont Sources for my reseach Sources 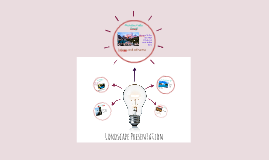 Transcript: Inlove with the view that makes me want to live here Georgian bay, Ontario Garibaldi Lake, BC The mountains and the clear water makes my mind peaceful Balancing Rock in Digby, Nova Scotia Freedom Landscape Presentation It's Beautiful but rocks give off very daunting vibe it's wide and no one's around gives me freedom I can do anything i want. that no one will care Drumheller, Alberta Relaxed and Anxious Inlove and at home Moraine Lake, Banff Scared at the same time Challenged Scared because it looks deep, Challenged because it's so pretty that makes me want to jump in it Peaceful