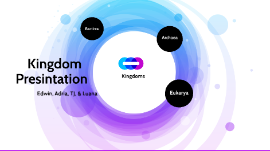 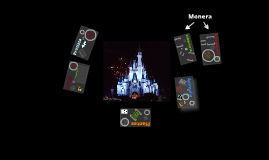 Transcript: Eubacteria All organisms differ from one kingdom to another because all Eubacteria and Archaea unlike the other kingdoms because they are prokaryotes. Also Bacteria can't live in as extreme conditions that Archaea can live in. Protista's organisms are simple multi-cellular organisms or single-celled organisms. Fungi absorb nutrients from the ground and plants use photosynthesis to change energy from the sun into food. Animals are all consumers, are multicellular, and most of them reproduce sexually. Archaeabacteria Animalia Subcategories of Animalia Animals are subcategorized by firstly if they have a backbone or not. Then animals that do not have a backbone can be classified by their symmetry (whether it is bilateral, radial, or does not have any symmetry). They can also be classified by their characteristics ex. like Cnidarians which have stinging cells. The organisms of the phylum Chordata, animals with backbones, can be categorized by their characteristics and their backbone. The organims of the subphylum Vertebrata all have a spinal column on their backbone. The organisms of the subphylum Cephalochordate are all marine animals, are segmented, have notochords, which are similar to a backbone, and eats by filtering water to get food. Organisms of the subphylum Urochordata are similar to the organisms of Cephalochordate, but eventually they attach to a hard surface and filter feed there. Examples of Vertebrates are fish for example goldfish. A Crocodile which is a reptile is also an example of a Vertebrate. Hummingbirds which are part of the class Aves are another type of a Vertebrate. Also mammals such as lions are also an example of Vertebrates. Even though all of these organisms are different, they all have a very important thing in common; they all have a backbone unlike Invertebrates. Plantae Fungi Protista The End The organisms of the Kingdom Eubacteria are classified by the way they get their food. They can get their food by producing the food from energy from the sunlight, consuming other living organisms, or by decomposing dead organisms. Some characteristics of the kingdom Animalia are that all animals' cells have a nucleus. Also animals have either a backbone or no backbone at all. Most animals reproduce sexually unlike prokaryotes. Bacteria reproduce by the process of binary fission. First, the cell grows larger. Second, the DNA is copied. Next the DNA and its copy separate. Finally the cell divides and both cells are identical. Characteristics Characteristics Protists have many characteristics because they are so diverse. Although all Protists are eukaryotic and none of them have specialized tissues like nonvascular plants they aren’t that similar to other Protists. Most Protists are single-cellular and if they are not then they are simple, multi-cellular organisms. Although Protists have some characteristics in common, they are very diverse. For example some Protists can move and some cannot, Protists can produce asexually or sexually, Protists can be producers, consumers, or decomposers, etc. The organisms of the kingdom Archaeabacteria reproduce by the process of binary fission. First the cell grows larger. Then the cell's DNA is copied and attached to the membrane. Next the DNA and its copy separate and the cell grows even larger. Finally the cell divides and the cell and its copy are the exact same. How they're classified How they're classified Characteristics Most animals reproduce sexually using sex cells called eggs and sperm. First an egg and a sperm join. Next the cell created divides into many cells. Finally an embryo is created by all of the cells. Some animals reproduce asexually by budding. When animals bud they first break off part of itself. Eventually the part that broke off grows into a new organism. Subcategories of Archaeabacteria The organisms of the kingdom Animalia are classified by their characteristics. For example one classification of Animalia is animals that have a backbone which is called Chordata. How they reproduce How they reproduce Bacteria are too small to be seen with the naked eye. Bacteria also have no nucleus so their DNA is inside their cytoplasm. They also have a cell wall like plants and a cell membrane like all other cells. Bacteria have flagellum to move around. Subcategories of Plantae I would classify a new species into one of the kingdoms by their characteristics. I would classify the new organism into a kingdom based on if it has a nucleus, how it eats, where it lives, body parts like if it has a backbone, how they reproduce, how they breathe (using gills or not), etc. Characteristics Characteristics Some characteristics of Fungi are that Fungi are all Eukaryotic and heterotrophic because they dissolve their food and then absorb the dissolved product. Fungi are either decomposers or parasites. Decomposers break down the food and parasites live on a host and harm the host while benefiting from the relationship. Subcategories of Eubacteria The 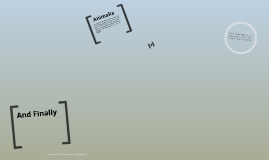 Transcript: Photo based on: 'horizon' by pierreyves @ flickr The orgamisms in Animalia are classified if they are multicelled, they don't have cell walls, they can move around easily, and they have sense organs. The organisms in Animalia depend on organisms from other kingdoms for food and nutrients And Finally Animalia There are five kingdoms and they are Eubacteria, Protista, Fungi, Plantae, and Animilia 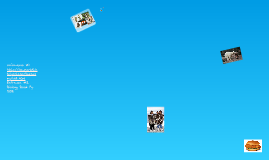