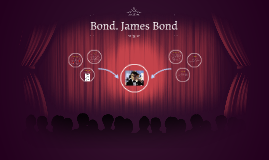 Transcript: On other media The films are also noted for Bond's relationships with various women, who are sometimes referred to as "Bond girls". In each film there is another actress playing agents lover. Who is 007 The Bond character is a Secret Service agent, code number 007, residing in London but active internationally. Fleming based his creation on a number of individuals he came across during his time in the Naval Intelligence Division during the Second World War. He admitted that Bond "was a compound of all the secret agents and commando types I met during the war". The character has also been adapted for television, radio, comic strip, video games and film. The James Bond series focuses on a fictional British Secret Service agent created in 1953 by writer Ian Fleming. He featured him in twelve novels and two short-story collections. Since Fleming's death in 1964, eight other authors have written authorised Bond novels or novelizations. Additionally there even was written a series on young James Bond. The films about agent’s adventures are the longest continually running film series of all time and the fourth-highest-grossing film series to date. It started in 1962 with Dr. No, starring Sean Connery as Bond. There have already been twenty-four films made and There were 6 actors starring as agent 007. The most recent Bond films are four parts featuring Daniel Craig as the main character. Films, films, films Bond. James Bond Girls of Bond How did it all start Another Bond film staple is the intro and the theme songs heard during their title sequences sung by well-known popular singers such as Paul McCartney, Adele or Sam Smith. Soundtrack 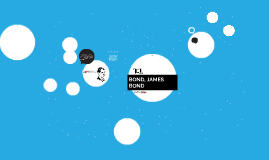 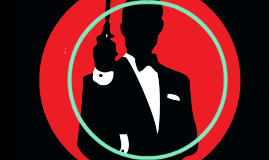 Transcript: JAMES BOND Kaitlyn Wickson Abhishek Pradhan Limei Chen Upasna Khullar Ian Fleming's James Bond character has always been known to live dangerously and the food he prefers emulates this persona He is noted for his preference of local cuisines between his treacherous missions and is shown as someone who clearly knows about food and alcohol. In choosing this theme we have tried to mirror his personality and image as a suave spy with a love for food and drinks into pastry and challenge ourselves by incorporating such flavours and ingredients that James Bond is known to love into our products. Like Bond, we too have tried to take risks by combining different flavor profiles and experimented with textures. With each bite of our products we are expecting to provide a wide range of dynamic flavors associated with the adventures and mysteries surrounded in Bond movies So come along with us on a journey of mystery, suspense and elegance and be prepared to eat in Bond style MENU Pastry: The Man With The Golden Gun Chocolate: ​License To Kill Cheese/Bread/Preserve: 007 Aged Gouda Nigella seeds were supposedly found in Tutankhamen's tomb Nigella seeds are hard and crunchy with a flavour like toasted onions In India they are known as kalonji They are dry roasted in India and Middle Eastern cuisines where they are used on flatbreads like naan. They are particularly good with potatoes and root vegetables. Palate Cleanser: Thunder Ball Garlic & Ginger Chutney Entremet/Petit Gateau: The White Tuxedo Nigella Seeds??? Savory Pastry: You Only Live Twice Baked Baguette Table Setting Viennoiserie: Goldeneye Soup: Shaken not stirred 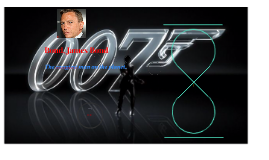 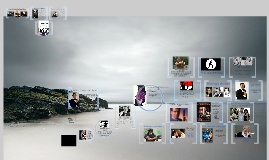 Transcript: Reckless and Dangerous Behavior Ultimate Escape From Reality Truly iconic villain, Goldfinger 1954 Television Episode Worked at a newspaper, and then as a stock broker. The Bond was not portrayed on screen until Daniel Craig Probably the most iconic Bond film A legend is born Casino Royale is the highest critically acclaimed Bond movie since Goldfinger in 1965, according to Rotten Tomatoes What Keeps People Coming Back? More Humor Wide Variety of gadgets Barry Nelson as Jimmy Bond Fleming approached many production companies THE BEGINNING Struggled with cold-hearted nature and last of understanding toward the opposite sex. Casino Royale Why has the series lasted so long? "A sexist, myogynist dinosaur, and relic of the cold war." - M (Goldeneye) James Bond: Standing the Test of Time He became a real spy in WWII. James Bond Lifestyle - Paul Kyriazi Cold, Merciless Killer Producer ALbert R. Broccoli partnered with Harry Saltzman, and purchased film rights "The term James Bond Lifestyle is now used in advertising to stand for a life of luxury, prosperity and adventure." - Paul Kyriazi (The Complete Live the James Bond Lifestyle Seminar) Studied at Eton College, and abroad Germany and Austria "Daniel Craig is the best Bond in the franchise's history." - Joshua Rothkopt (Time Out New York) Daniel Craig as a Troubled 007 Internal Lack of Empathy Today's Culture Idolizes Darker Heroes Aren't the old movies enough? How The Series Began How It Lasts So Long What Keeps People Coming Back Iam Fleming was not satisfied He wrote the first Bond novel at age 43 "James Bond is a flesh and blood superhero, and he happens to be British so it make him all the more interesting. People just crave that kind of capability" - Alec Baldwin Sean Connery wins the role Proof that the franchise can always continue as long as reinvention can occur No one wants to be Rambo Set up Eon Productions and began production. Why do people demand more? ALTERNATE REALITY Fleming's Choices The Bond of the Books was a conflicted killer. IAN FLEMING 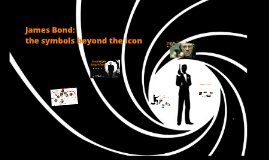 Transcript: James Bond: the symbols beyond the Icon Changing the symbols The ladies man The end of the dream? The cold, inhuman figure The man who can not fail Scratch the icon change the symbols The tidy man The resurection metaphor Destroying the Icon Still the champion of western and free world The reconstruction after all Iconic charge = trivial things which we think make an icon = symbols The manichean world representation 21st century transition 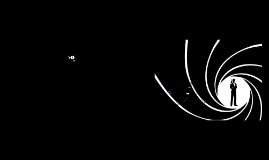 Transcript: Branding and Iconic Image Gadgets The Car Overplayed and Generic Stereotypes *Branding and Iconic images “I’ve been asked to state my feelings about a fellow named Bond – James Bond. Well, as I see it, 007 is really a 10, our modern-day version of the great heroes who appeared from time to time throughout history and put their lives on the line for the cause of good. Of course, some critics might say that Bond is nothing more than an actor in the movies. But then, we’ve all got to start somewhere.” -Ronald Reagan Stereotypes Impact Ian Flemming Albert "Cubby" Broccoli Villains Harry Saltzman Generic an Overplayed *Cultural Impacts *Origins, History, and Success 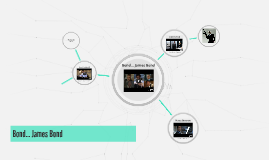