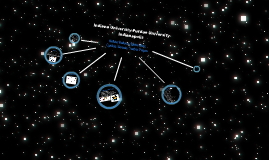 Transcript: Nelida Bahena, Lisette Diaz, Cynthia Dorado, Yadira Payan Cost to study at IUPUI: - ranked third in "up and coming" American universities. Study Abroad: Indiana University-Purdue University Indianapolis IUPUI offers you the option of studying abroad in: - Argentina - Australia - Austria - Belize - Botswana - Brazil - Canada -Cayman Islands - Chile - China - Costa Rica - Croatia - Cuba - Czech Republic - Dominican Republic - Ecuador - Egypt - England - the 8th best public college in the Midwest according to Forbes. - grant degrees in more than 200 programs from both Indiana University and Purdue University. Admission: - Nickname: Jaguars - Acceptance rate: 69% (2010) - Mascot: Jinx and Jawz, the Jaguars - Colors: Crimson, Old Gold - IUPUI enrolls more than 30,000 students representing all 50 states and 122 countries. - France - Germany - Ghana - Greece - Guatemala - Haiti - Honduras - Hungary - India - Ireland - Isreal - Italy - Jamaica - Japan -Jordan - Kenya - Lithuania - Malaysia - Mexico - Netherlands - Netherlands Antilles - New Zeland - IUPUI has top-ranked programs in schools such as Nursing, Public and Environmental Affairs, Business, and Law. - Though no grade point average guarantees admission to IUPUI, we generally expect to see students with a “B” average when reviewing applications. The most important factors will be the grades you earned. - You must provide the results of your SAT or ACT, including the Writing Section of the test - You must have graduated from high school or will graduate before enrolling. Any Questions? A little more about IUPUI: - If you are a current Indiana high school student, you are expected to complete Core 40 and are strongly encouraged to earn the Academic Honors Diploma. If you are not in an Indiana high school, you should at minimum complete the equivalent to Indiana's Core 40. About IUPUI: f - Northern Ireland - Panama - Peru - Poland - Portugal - Russia - Rawanda - Scotland - Senegal - South Africa - South Korea - Spain - Sweden - Tanzania - Thailand - United Kingdom - Vietnam - Program of multiple countries. 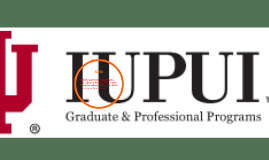 Transcript: Why IUPUI? How many students are at IUPUI? What's one of the most positive aspects of IUPUI? IUPUI Nobody wants to end up going to a bad college, or have all of their money wasted on college, so this is why IUPUI is not one of those schools. Why not go then? The End IUPUI is public, and the tuition is $8,909. In case you don't know, IUPUI stands for Indiana University and Purdue University in Indianapolis. (Kind of) The "landmark" that I thought stuck out was the Natatorium, an indoor pool that can be used for long course (50 m), or short (25). This isn't just any indoor pool though, because with the 4,700 seats it has and the 1,500 seats on deck, it is the largest indoor pool in the United States! The Associate's, bachelor's, Master's, and Doctorate Are there any important landmarks? IUPUI offers more choices than any other college in Indiana because it is a mixture of IU and Purdue. What's the mascot? With IU and Purdue combined the way it is at IUPUI, you can take any of the classes that are at either one of the schools. For example, if you want to be an engineer and take the classes you would be able to take Purdue Engineering classes or any classes from IU. The mascot is a Jaguar, just like the Bremen mascot is a lion. Is it private, and how much does it cost? Why would IU and Purdue be together? At IUPUI there are 30,488 students, 57% of them are women, and 43% are men. What types of degrees are offered? 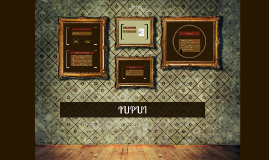 Transcript: Rob Day (Herron 1984) is a renowned illustrator whose works have adorned magazine covers including Time, Esquire, GQ, Entertainment Weekly Norman Bridwell (Herron 1949, Honorary Doctor of Letters, 1994) is an author and illustrator who created the beloved children's character Clifford the Big Red Dog. Bill Peet (Herron 1936) carved out a unique and dynamic career as an author of children's books and as a screenwriter and illustrator for Walt Disney studios This school is a Why should you go there??????? This college is located in downtown Indianapolis Conclusion I would say is college is somthing to consider its in state great all around. Even if you don't know what you wanna major in you have hundreds of choices. Famous people that went to IUPUI This is a standard university This is a 4 year college IUPUI There is so many undergraduate degrees you can have Indianapolis is a very diverse city. IUPUI is even more diverse. The medical school is also very good IUPUI By. Danny Davis What are they known for? To be honest this school is great all around it is a jack of all trades The school has a nice urban environment, friendly people. People have said that they feel extremely safe there seeing a cop on every block My top 4 majors Anatomy a 8 yr Dentistry Medicine Computer Technology Applications They have such a wide variety of majors 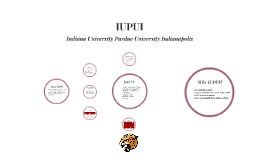 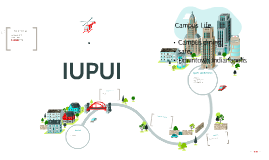 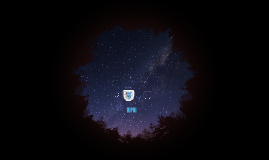 Transcript: Tuition IUPUI Was Born In 1968 over an astonishing "fast track" six month period,IUPUI was born. IUPUI was a vision of Indianapolis Mayor Richard Lugar back in the 60's that then turned into the creation of IUPUI. In 1969 the University of Indiana and Purdue formed a partnership, making an effort to bring both of these schools to Indianapolis. IUPUI $8,7 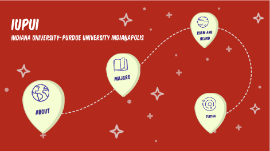 Transcript: IUPUI INDIANA UNIVERSITY-PURDUE UNIVERSITY INDIANAPOLIS Iupui facts About IUPUI is located in downtown Indianapolis It is approx. 2 hrs and 37 mins away There is a Starbucks on campus :) In the dining hall there is a Chic-fil-a, Pizza Hut, a place that is basically Chipotle and other places. There is no such thing as an IUPUI degree, there is either a Purdue degree or and Indiana University degree We don't have a football team, so instead of a homecoming we have something called Regatta. Forensic Science with a concentration in Forensic Investigation. Majors Major minor American Sign Language Room and Board Room And Board tuition Tuition $29, 821 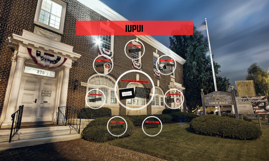 Transcript: Jawz and Jinx The predicted acceptance rate for IUPUI in 2016 will be around 68%. IUPUI is known for it's engineering and technology classes. IUPUI offers over 250 graduate degrees to students interested in pursuing a Ph.D., a professional degree, a master's degree, or a graduate certificate. Location IUPUI dorms offer things like convienience, safety and a student-focused environment. Because of where the college is, there are many things to do off campus. You could explore the city, see shows, and much more. Mascots and sports Prices This is why IUPUI would be a goood choice for me. IupuI is a technology and engineering school Things to do off campus IUPUI Dorms Basketball, Cross country, Golf, indoor track and field, outdoor track and field and soccer. IUPUI colors are old gold and crimson. Tuition and fees: $9,065 Books and supplies: $1,230 Room and board: $9,104 Transportation: $892 IUPUI is in Indianapolis, Indiana. It is close to home and it has the same climate. The end have a merry christmas!!! Acceptance rate