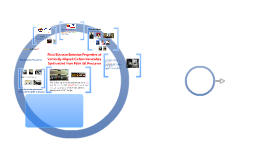 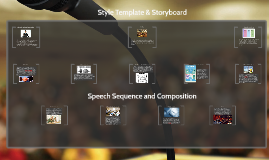 Transcript: Impacts in the Workplace Here is where I will wrap up my presentation. I will likely close with a brief summary of topics discussed, a personal anecdote and a short question and answer session if the setting allows. Thank the audience for their time, and step down. Closing Personal Anecdote Impacts in a School Environment If attached to an school or organization, I would include a handout or pamphlet outlining my presentation as well as some contact information for various resources. Workplace Solutions Style Template & Storyboard This is where I detail the difference in technology usage between the generations. Using some derived stats from my resources if needed, I will show how many people are moving with this change as those who are not. Identification of the Generational Gap Here I will offer solutions for school settings. This is mostly tapping resources that the school may offer, as well as how to handle some other more abstract issues like those of cyber bullying and the like. General Style and Presentation This is where I introduce myself, and give a light outline of my speech that I am giving. This will ideally open with a greeting and a smile. I'll make brief eye contact and acknowledgement of those who respond to my greeting before moving on. This is a pivotal point where I will need to grab my audience and ring them in so presentation is key here. Professional Dressed, Clean cut appearance Standing upright, with good posture Smiling and making eye contact Gesturing with hands for better expression Reduce the usage of notes to a minimum I explain the impact of this phenomena in the workplace here. Using the generational management heirarchy as a primary example, and how its held back many businesses should paint a good picture for them to understand the need for these skills. I will cover a few cons to this argument for the sake of fairness, but keep it mostly positive. Explanation of Tech Usage Between Generations Speech Sequence and Composition Pamphlet/Handout This where I explain the general details of the generational gap with technology usage. This is to be handled with a bit of tact, as experience tells me this can be a rather sensitive topic with people that are identified like this. The less people I offend with this portion, the better. The ideal environment for this presentation is A classroom, conference room, or similar area where a group would meet to hear a speech or lecture. This is where I tell a short story of my experiences on the job with my coworkers and their skill gap with technology. This serves as a point for both connecting to the audience, and illustrating the point of the difference in tech usage that exists between the generations. I make a transition from workplace tech usage to school tech usage, likely through the mention of taking classes to learn tech. I tap my resources to mention the pros and cons of school tech usage, but aim for a more positive beat to keep the interest in learning. Setting Solutions for School Introduction I offer solutions for learning to use more modern technology here. This is mostly through classes and community programs, but I will also suggest independent exploration and discovery as well for learning resources. 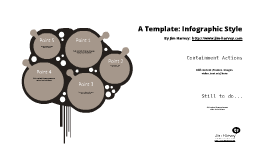 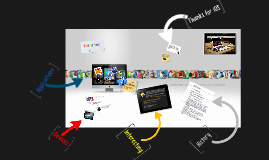 Transcript: Applications Thank You We can't run Xcode in our iPhones, iPads or iPods, but Xcode is very important program for iOS because iOS developers uses Xcode to create applications for iPhones, iPads and iPods... If you like to listen music and to be in the center of attention, you just need to buy iPod... Devices Useful links and books If we search in google "the best tablet" words we can see this picture.... About Xcode iOS is derived from OS X . Released in 2007 for the iPhone and iPod Touch. Gyumri, Armenia Founders were Steve Wozniak and Steve Jobs. Apple had released the iPod Touch, which had most of the non-phone capabilities of the iPhone. Apple also sold more than one million iPhones during the 2007 holiday season. On January 27, 2010, Apple announced the iPad, featuring a larger screen than the iPhone and iPod Touch, and designed for web browsing, media consumption, and reading iBooks. Petros Davtian 1. iOS Programming: The Big Nerd Ranch Guide Presentation about iOS (iDEVICE OPERATING SYSTEM) Thanks for iOS In June 2010, Apple branded iPhone OS as "iOS". The trademark "IOS" had been used by Cisco for over a decade for its operating system, IOS, used on its routers. To avoid any potential lawsuit, Apple licensed the "IOS" trademark from Cisco. By late 2011, iOS accounted for 60% of the market share for smartphones and tablet computers. By the end of 2012, iOS accounted for 21% of the smartphone OS market and 43.6% of the tablet OS market. Steven Paul "Steve" Jobs (February 24, 1955 – October 5, 2011) was an American entrepreneur, marketer, and inventor, who was the co-founder, chairman, and CEO of Apple Inc. Jobs also co-founded and served as chief executive of Pixar Animation Studios, he became a member of the board of directors of The Walt Disney Company in 2006, when Disney acquired Pixar. Unfortunately Steve Jobs died in 2011 and cause of death was Metastatic Insulinoma. davtyan.pm@gmail.com If you want to become an iOS developer you can see https://developer.apple.com For developing applications iOS developers uses Objective C programming language and iOS framework's libraries. All applications we can find in App Store and in iTunes store. iOS is one of the most popular and most expensive operation system now. 2.Test-Driven iOS Development GITC iPhone is the most popular phone now, iPhone is the only phone which operation system is iOS and the only phone which supports iOS programs and applications. For downloading applications from iTunes store or App store we need an appleID . History iOS History Extended to support iPad and Apple TV. Interesting Developed and distributed by APPLE.inc. Stephen Gary "Steve" Wozniak (born August 11, 1950) is an American inventor, electronics engineer, and computer programmer who co-founded Apple Computer (now Apple Inc.) with Steve Jobs and Ronald Wayne. Wozniak designed both the Apple I and Apple II computers in the late 1970s. iPod is not similar to another mp3 players, we can say that iPod is a '' Smart mp3 player ", because like iPhones it is on iOS and supports most of applications created for iOS. 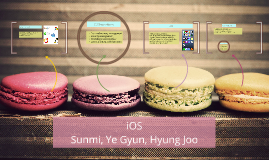 Transcript: iOS Features iOS Operation System (OS) is responsible for managing and controlling all of the computer's hardware. OS Functions 1. Multi tasking by pressing home button twice, you can see preview screens you have open. If you want to quit some program, you can simply swipe out 2. Airdrop When another IOS 7 system near you, you can send your information directly to the other devices by using airdrop. iOS Sunmi, Ye Gyun, Hyung Joo - Based on concept of direct manipulation - Use different multi-touch gestures - Ex) swipe, tap, pinch, and reverse pinch - Interface is controlled by slides, button and switches Task and memory management Security management Providing a user interface Communicating with hardware What is OS? iOS 7 - Mobile operating system - Developed and distributed by Apple Inc - i-pad ,i-phone, i-pad mini, Apple TV - All applications and software made from Apple Inc are best suitable with IOS. - Ex) i tunes: Apple app store 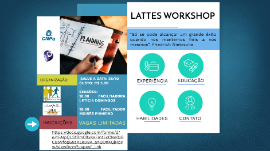 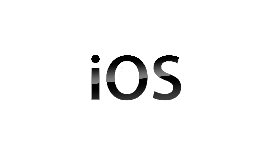