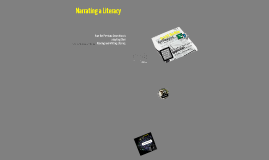 Transcript: First Readings Information on Demand Reading and writing had become necessary for modern life, and most do not recall how they acquired the literacy. "I am still getting used to reading books without pages to turn" -Pam Hartman My mother has a fond reading memory, but does not remember how she learned to read and write. Connect People, Connect Knowledge How the Previous Generation is adapting their Reading and Writing Literacy "I am still teaching how to write and I learn from my children the new ways to document research papers since I was in school." -Pam Hartman Connecting people also connects literacy sponsors, much the same way a bank connects people to funding. Narrating a Literacy Presented By Alexander Hartman "I can find out my bank balance, transfer funds and electronically send payments all with a few taps on my IPad." -Pam Hartman Digital Immigrant In with the New Teaching enhances one's own literacy Technology has been a positive influence on reading and writing "I really enjoyed it and couldn't put it down." -Pam Hartman 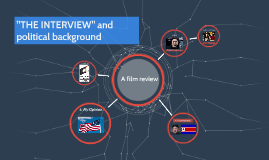 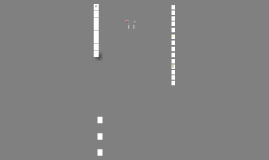 Transcript: THE BATTLE OF BULL RUN! By: Gordy Cy and Campbell 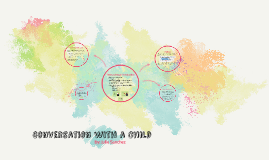 Transcript: Interview with Ivan Ivan; 5 years old Preschool; KinderCare Favorite song is Animals by Maroon 5 Favorite movie is Forrest Gump He loves guitars even though he has never played one because they sound amazing. Method with Melissa They both listen to a lot of music at home and watch Teen Nick's top 10 music videos Love to play instruments at school Saul dislikes loud music that his father listens to Have tablets and iPods with music, etc. Melissa; 7 years old First grader; Limerick Elementary School in California Loves Disney princess movies She is a very intelligent girl. Will be interviewing Melissa this weekend. I have only interview both of the boys once so far and it took place at their home. The boys seemed very distracted as I began Saul's interview while Ivan was also the room. Difficult method Adjustments - Solo interview Better responses when more interactions Interviewed my two little cousins Setting: boys' house After completing interviews my goal is to understand the difference that music can make in the life of a child. Would like to learn more about the children - Type of music - Music Influences - Music learning Who will I interview? Q: What is music to you? A: I think of instruments and the sounds that they make. It’s interesting how instruments make really cool sounds that make songs. Q: Do you play instruments? A: I play the flute at home with my brother and I also played the piano before, it was fun. After conducting my first interview with Saul and Ivan I learned that they have a lot more musical background than I would have guessed. Q: What is music to you? A: I want to dance. I also think of instruments like my brother said. Q: What instrument would you play if you could? A: Guitar because it has amazing sound. I haven’t played one before but I have seen one on a movie that was on TV. And it’s called Forrest Gump. Findings Who did I interview? Future interview plans Who did I interview? He is more mature with his responses compared to his 5-year-old brother. He was very cooperative throughout. Saul; 8 years old Third grader at Desert Thunder Elementary School Favorite singer is Nick Jonas "right now" Favorite movie is Aladdin He loves music but does not play very many instruments since he only owns a flute. Interview setting #1: Park Interview setting #2: Santa Monica Pier Will observe/interview her in distracting settings. Conversation with a Child Research Goal/Introduction Saul was slightly distracted by his brother until we changed interview settings. Questions and responses during interview: As I asked Ivan different questions, he managed to get off topic change the subject quite often. There were many distractions throughout his interview. For my second/final interviews, I plan on taking the boys to Guitar Center and observing how they work with musical instruments. I would like to record them as well. Then I want to sit and ask a few more questions about their experience and how music helps. With Melissa, I plan on completing both interviews this weekend. I expect to learn more about her musical experiences in school, at home, in public places, etc. and how music has taught her lessons in life. Method At first, I was a bit frustrated that he was not cooperating. He managed to pay more attention and provide descriptive responses. Questions and responses during interview: By: Julie Sanchez I was surprised to learn that Ivan is more interested in music. Being their cousin, I never knew this much about the boys and their musical background. Interview with Saul