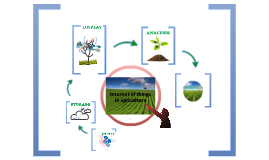 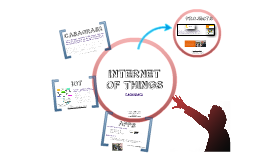 Transcript: INTERNET OF THINGS FOOD TRACEABILITY DRUG TRACEABILITY ROUTE GUIDANCE SYSTEMS CASAGRAS2 CASAGRAS2 "...is an European Commission funded project within the Framework Programme 7 and its focus is the study of the fascinating field of the Internet of Things (IoT)." CASAGRAS2 - SEPTEMBER 17,2011 To establish international dialogue on all aspects of the IOT development, with attention to key existing platforms and initiatives, such as the EU-US Lighthouse Initiative, that have a bearing upon IOT development. To develop through the IOT Forum a dynamic capability and support agenda, for recognising emerging international issues that are likely to impact on IOT development. To obtain consensus on key issues through the CASAGRAS2 international platform members who will be responsible to obtain the views of member countries, and help establish a consolidated proposal for IOT development. Issues of particular importance will include architecture, standards and governance. RAIN SENSORS AND AUTOMATIC WINDOWS. TRON HOUSE AD-HOC NETWORK OF INTELLIGENT SENSOR NODES "ucode is the identification number system that identifies objects and places in the real world uniquely. Information can be associated with objects and places, and the associated information can be retrieved by using ucode." PROJECTS APPS CASAGRAS2 - SEPTEMBER 17,2011 http://www.ubin.jp/ http://www.uidcenter.org/ http://www.tokyo-ubinavi.jp IOT IoT applications must support the reduction of the human impact on the environment. The IoT system must ensure the continuity of the services that the user needs with an adequate quality despite the user's mobility. The IoT framework should provide mobile users with a good level of security and privacy protection.IoT applications are expected to increase the sense of the community by making perceptible the side effects of individuals behaviour. Access to context and actuation services must be trustable and secure, while the privacy of individuals and corporations are not violated. A requirement of paramount importance is to integrate the stakeholders in this “runtime” design process. CAMILO VIEIRA MEJÍA cvieiram@eafit.edu.co @cvieiram UNIVERSIDAD EAFIT CASAGRAS2 - SEPTEMBER 17,2011 & http://www.ubin.jp/english/index.html AMONG OBJECTS Dimensions needed to perform a Societal analysis of the IoT scenario BETWEEN OBJECTS AND HUMANS 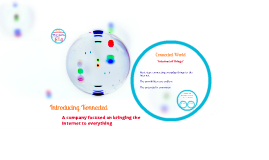 Transcript: Next step: connecting everyday things to the Internet The possibilities are endless The potential is enormous We already live in a connected world. First Project Social Media Introducing Konnected Notifies home owner that someone is at their door via push notification Social media is only the beginning Someone is at your door. 55% claim they can't live without Internet 1/3 say it is as important as food, water, and air 2/3 list a mobile device as the most important technology in their lives 1/2 would rather lose a wallet or purse than their phone How It Works Internet Doorbell photo (cc) Malte Sörensen @ flickr Connected World A company focused on bringing the Internet to everything "Internet of Things" Internet of Things Connected World Gen Y is the most connected generation ever Gen Y is the most connected generation ever Source: Cisco Connected World Technology Report 9/10 have a Facebook account 89% check Facebook at least once a day In a given hour, over 4/5 of students are interrupted by social media hardware + cloud Source: Cisco Connected World Technology Report 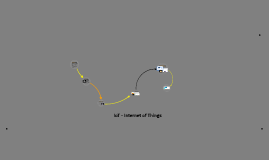 Transcript: Fields of studies The Internet of Things refers to uniquely identifiable objects and their virtual representations in an Internet-like structure. The term Internet of Things was proposed by Kevin Ashton in 1999. The concept of the Internet of Things first became popular through the Auto-ID Center at MIT and related market analysis publications. Radio-frequency identification (RFID) is often seen as a prerequisite for the Internet of Things. If all objects and people in daily life were equipped with identifiers, they could be managed and inventoried by computers. Besides using RFID, the tagging of things may be achieved through such technologies as near field communication, barcodes, QR codes and digital watermarking. Definition 2 Literature review Internet of Things (IoT): A vision, architectural elements, and future directions Jayavardhana Gubbia, Rajkumar Buyyab, Slaven Marusic, Marimuthu Palaniswami Android/OSGi-based vehicular network management system Ming-Chiao Chen, Jiann-Liang Chen, Teng-Wen Chang Deploying a network of smart cameras for traffic monitoring on a ‘‘city kernel’’ Luca Calderoni, Dario Maio, Stefano Rovis Wikipedia: IoT, IPv6 Time horizon IoT - Internet of Things 2 128 solutions for better decisions 32 IPv4 address exhaustion - IPv6 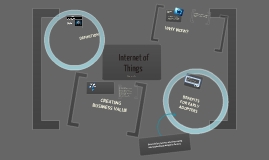