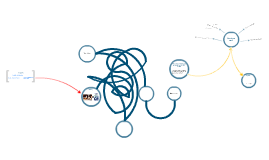 Transcript: Ellen Hopkins How can we change? pessimism? The Story Horrible with directions Why do we care? Why are we amazed? Why did these people help me? The Context Inspirations Studying abroad in France Journey Stories The family in the high-gated house I was next to came outside! How did I change? Cynicism? Responding to my plea for help, they called my host mother, who picked me up, and took me to her house First day returning to host mother's house Le français 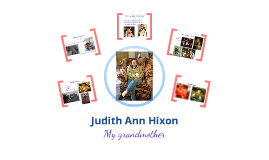 Transcript: Sense of humor Cancer Stroke Death of Donald My mother Herself My uncles Even though she's been through a lot.. Fight for what you believe Someone always has it worse Keep your head up Perseverance Judith Ann Hixon She never fails to make me laugh! Knowledge of her How I've been influenced Optimistic attitude Thank you! My grandmother 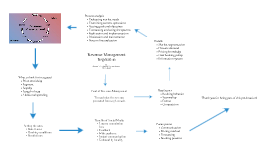 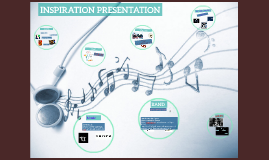 Transcript: I was in band for 6 years played clarinet for 6 years played mellophone the last two year of high school I was VP of the band junior and senior year and assistant music librarian sophomore year. Other side of music DALLAS COWBOYS Major QUOTE A wonderful and supportive mom, Cynthia another side note: I am a huge COWBOYS FAN. Even if the game ends in a loss. Music Born on May 13, 1996 I have two brothers Juan and Alex About Me INSPIRATION PRESENTATION Love music Listen to RAP and R&B Fav. artist EMINEM & TI Stephanie Lynn Lara BAND Why TWU Beautiful campus Affordable Close to home My cousin is an alumni and she loved it here and said that i would really enjoy it. I am currently a nursing major. not sure if I want to be one anymore. Realized that I still love to help people but not to the extent of a nurses job. 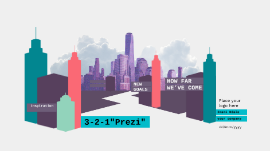 Transcript: 03/22/2019 Imani Ndale 3-2-1"Prezi" Place your logo here Inspiration Inspiration 1 2 3 A divine influence or action on a person believed to qualify him or her to receive and communicate sacred revelation. The action or power of moving the intellect or emotions. The act of influencing or suggesting opinions. Personal A person that inspires me is Michelle Obama because as a women it's hard for us to do thing's we would like to do. Especially being a african-american women is tough because of how were looked at just because of our skin. Michelle made me notice that it's not hard to accomplish your goal's you just have to work hard for what you want. Personal Historical Historical 3 Famous Black History Figure's MLK Martin Luther King Jr.(MLK) Martin Luther King, Jr. was a well-known civil rights activist who had a great deal of influence on American society in the 1950s and 1960s. His strong belief in nonviolent protest helped set the tone of the movement. ... Being an advocate for nonviolent protest in the Memphis Sanitation Worker Strike in 1968. Martin Luther King Jr. (MLK) was influenced by many different people, such as his father who instilled in him religious beliefs, and by the peaceful teachings of Gandhi. The following quotes describe people and experiences that affected MLK. Shirley Chisholm Shirley Chisholm Shirley Anita Chisholm was an American politician, educator, and author. In 1968, she became the first black woman elected to the United States Congress, and she represented New York's 12th congressional district for seven terms from 1969 to 1983. In the general election, she staged an upset victory over James L. Farmer, Jr., the former director of the Congress of Racial Equality who was running as a Liberal Party candidate with Republican support, winning by an approximately two-to-one margin. Chisholm thereby became the first black woman elected to Congress. Malcom X Malcom X Malcolm X was an American Muslim minister and human rights activist who was a popular figure during the civil rights movement. Elijah Muhammad was a religious leader, who led the Nation of Islam from 1934 until his death in 1975. He was a mentor to Malcolm X, Louis Farrakhan and Muhammad Ali, as well as his own son, Warith Deen Mohammed. Artistic Historical Kara Walker Kara Walker Who was Kara Walker ? Who is Kara Walker ? Kara Elizabeth Walker is an American contemporary painter, silhouette, print-maker, installation artist, and film-maker who explores race, gender, sexuality, violence, and identity in her work. She is best known for her room-size tableaux of black cut-paper silhouettes. Two of my favorite artwork's Two favorite artwork's: The Emancipation Approximation Knowledge Result Harper's Pictorial History of the Civil War (Annotated): Exodus of Confederates from Atlanta Inspired them Who inspired Kara Walker? For Kara Walker and her father Larry, art has always been a family affair — and a longstanding one. “The intent to become an artist was there early on, from about age 7 or 8,” Larry explained of his own creative development earlier this week, sitting next to Kara, who has curated a show of her father’s work that opens today at Sikkimese Jenkins. Henry Ossawa Tanner Henry Ossawa Tanner DescriptionHenry Ossawa Tanner was an American artist and the first African-American painter to gain international acclaim. Tanner moved to Paris, France, in 1891 to study, and continued to live there after being accepted in French artistic circles. 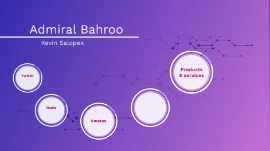 Transcript: Admiral Bahroo Kevin Salopek Career Twitch Bahroo is a Twitch streamer and a former youtuber He named his profile after his dog, Bahroo, and put a veriety of names in front of it, admiral being the name that stayed. Games Games Admiral bahroo gained popularity from the game Borderlands 2. He does still play it but also plays other games, Dead by Daylight being the most notable one. Moscots and Emotes Mascots and Emotes Bahroo's two mascots are Rescue Girl and Umaru, the panda. His emotes are based off these mascots, most of them being of Umaru Community Community Bahroo's community is known as the Rescue Force. They are amazing people and always make great jokes. they also create some crazy stuff. one memorable thing someone did was make dubstep with bahrros laugh. Products & services Reason For Inpiration Product 2 Product 2 Product 3 Product 3 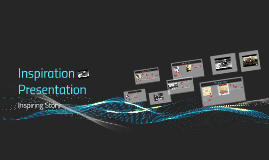 Transcript: Children's Book - Hachiko - known for waiting his dead owner for 9 years. - Born on November 10 1923 - Died on March 8, 1935 (aged 11) - Name of his owner is Hidesaburō Ueno - Hachiko Died because of terminal cancer and a filaria infection (worms). - Hachiko will hit the big screen for the second time. - Hachi: A Dog's Tale, August 2009 - An American movie starring actor Richard Gere, directed by Lasse Hallström Hachiko's Last picture - Every evening Hachiko would return to Shibuya Station and wait for Dr. Ueno to get off the six-o'clock train. And every day, Hachiko was disappointed. Still, he never missed a day of hoping that his master would return to him. - The commuters noticed the Akita waiting every day at the station. - Many of the people who frequented the Shibuya train station had seen Hachikō and Professor Ueno together each day. Initial reactions from the people, especially from those working at the station, were not necessarily friendly. Hachiko Movie Inspiration Presentation - Another short novel for readers of all ages called Hachiko Waits, - written by Lesléa Newman - Illustrated by Machiyo Kodaira, - published by Henry Holt & Co. in 2004. Hachiko Waits was released in paperback by Square Fish in 2008. - Hachikō was the subject of the 1987 movie Hachi-kō (Hachikō Monogatari) (literally "The Tale of Hachiko"), - By Seijirō Kōyama, which told the story of his life from his birth up until his death and imagined spiritual reunion with his master. - 2004 children's book entitled Hachikō: The True Story of a Loyal Dog, - Written by Pamela S. Turner - Illustrated by Yan Nascimbene. Hachiko (The Dogs tale) - Hachikō's stuffed and mounted remains are kept at the National Science Museum of Japan in Ueno, Tokyo. - His monument is in Aoyama cemetery in Minatoku, Tokyo. - In April 1934, a bronze statue in his likeness was erected at Shibuya Station - Each year on April 8, Hachikō's devotion is honored with a solemn ceremony of remembrance at Tokyo's Shibuya railroad station. Hundreds of dog lovers often turn out to honor his memory and loyalty. Inspiring Story Hachiko's Legacy Last known photo of Hachikō - pictured with his owner's wife Yaeko Ueno (front row, second from right) and station staff in mourning in Tokyo on March 8, 1935.

Transcript: If you could be anyone... ...who would you be? Now draw a picture, or paste a cool one. Next, make a loop around mars! Who is in the love triangle today? Don't forget... Your name of the day... Whats it gonna be? Alexis Jane The beginning isn't too far from the end... Today you can say goobye to hopeless wishing because today you can be filled with hope. Whats a hopeless wish? My crush on codename James Leroy/Honeygrahams. Remember to always... ...Imagine, Believe, Recieve! What have you figured out? Cuz isn't that how you make great friends? Follow the arrow... Chuck Norris!