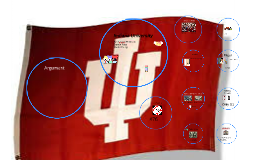 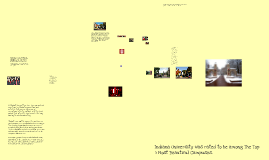 Transcript: Indiana University Student population: 110,436 student faculty ratio: 19:1 The Indiana Hoosiers football program represents Indiana University Bloomington in NCAA Division I Football Bowl Subdivision college football and in the Big Ten Conference. The Hoosiers have played their home games at Memorial Stadium since 1960. The team has won the Big Ten Championship twice, once in 1945 and again in 1967. The Hoosiers have appeared in nine bowl games, including the 1968 Rose Bowl. The team is currently coached by Kevin Wilson. IU's recreational sports program is recognized as one of the best in the nation, offering a variety of programs that people use to exercise, compete, and have fun. Our facilities are packed with strength and conditioning equipment, tracks, courts for several sports (even squash!), and more. Indiana University (IU) is a multi-campus public university system in the state of Indiana, United States.[2] Indiana University has a combined student body of more than 110,000 students, including approximately 43,000 students enrolled at the Indiana University Bloomington campus and approximately 31,000 students enrolled at the Indiana University – Purdue University Indianapolis (IUPUI) Costs for 2012–13 These costs are for new, full-time undergraduates. INDIANA RESIDENTS NONRESIDENTS Tuition and fees $10,034 $31,484 Room and board* $8,854 $8,854 Total direct costs $18,888 $40,338 Estimated General Expenses for an Academic Year INDIANA RESIDENTS AND NONRESIDENTS Transportation* $860 Books and supplies* $848 Personal expenses* $2,522 BLOOMINGTON, Ind. -- Indiana University ranks fourth in the Big Ten, seventh among all public universities and 19th among all colleges and universities in the nation in the amount of support it receives from the private sector. IU has ranked in the Top 20 among all colleges and universities, public and private, for 16 of the past 18 years. IU students do what they love. They join and lead more than 650 student organizations and activities that cover a wide array of recreational, athletic, cultural, artistic, social, and political interests, from lacrosse to swing dancing to radio broadcasting. Students who want to improve the world are in good company here. IU student activism changes lives, through opportunities such as service-oriented spring break trips and organizations like the Students' Smokefree Coalition, which was instrumental in IU's decision to make all of its campuses tobacco-free. IU campus groups also present students many opportunities to celebrate their roots, practice their beliefs, and expand their appreciation of different worldviews and cultures. Indiana University School of Education is a great place to learn to become a teacher. Indiana University received a record $603.9 million in grants and awards for research and other sponsored programs during the 2009-2010 fiscal year. The new record amount surpasses the previous mark of $525.3 million set during the 2007-2008 fiscal year and includes new highs for amounts received from federal, state and non-profit sources (excluding foundations). Overall, income from grants and awards for research was up 28.7 percent over the $469.4 million IU received last year. IU's Indianapolis campus saw its award income increase nearly 40 percent over the previous year to just over $400 million, while the Bloomington campus saw its award income jump 14.6 percent to $158 million. IU East led all other campuses with $6 million in awards. IU’s “Big Red” is one of the fastest supercomputers owned and operated by a U.S. university, bolstering IU’s research capabilities in the life sciences, weather forecasting, and physics. IU has more than 541,000 living graduates and more than 1.2 million alumni (who completed at least one IU class) worldwide, making our alumni body the third largest of any university in the United States. More than 270,000 IU graduates live in Indiana. Outside the United States, more than 9,400 IU graduates live in 157 countries. Nobel Laureate Elinor Ostrom is the 8th Nobel prize winner from IU. Prof. Ostrom is the Arthur F. Bentley Professor of Political Science in the College of Arts & Sciences at IU Bloomington. She is the first woman to receive the Nobel for Economics since its inception more than 40 years ago. IU scholars include 8 Nobel Laureates, 7 Pulitzer Prize winners, 5 MacArthur Fellows and currently includes more than 30 active and emeritus members of the National Academies and the American Academy of Arts and Sciences. IU also has 127 winners of the Guggenheim Fellowship, dating back to 1939. Several IU graduate schools and programs are ranked among the nation's Top 25 by U.S. News and World Report magazine in its latest annual report, "America's Best Graduate Schools." The IU Maurer School of Law was ranked 7th among public institutions and 23rd overall, up from 27th in 2010. The writing program at the IU School of Law-Indianapolis was ranked 8th, the third consecutive year it has bee in the 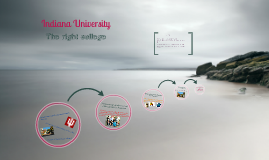 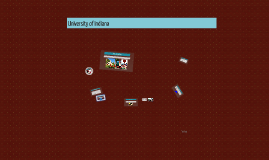 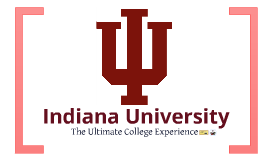 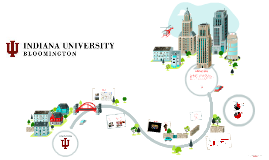 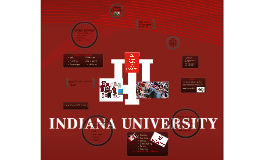 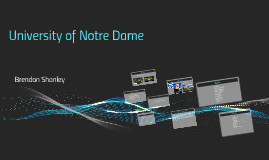 Transcript: Baseball Sand Volleyball Tackle Football Tennis Singles © 2007 - 2014 Racquetball Volleyball Dodgeball Basketball Ice Hockey Soccer Tuition and Fees: $50,520 Room and Board: $9,450 Books and Supplies: $1,650 Personal Expenses: $5,760 Transportation Expenses: $2,550 Total: $69,930 The college, logo, and touhdown jesus. Works Cited Cost Location History Logo/Pics Sports Why Works Cited Cost (tuition,room) Why I picked this? A man of lively imagination, Father Sorin named his fledgling school in honor of Our Lady (The University of Our Lady of the Lake). On January 15, 1844, the University was thus officially chartered by the Indiana legislature. I picked this because first reason I heard and read great views about it. The most important reason that most of my family has gone there and they said its the best college they have ever been at. First and second year students University of Notre Dame Sports Summary History Logo/pics Brendon Shanley http://www.nd.edu/copyright/ Near South Bend, Indiana State Location