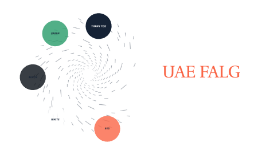 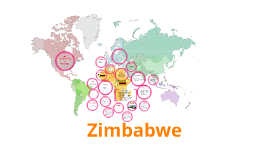 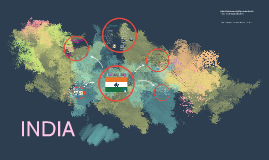 Transcript: Political map Physical map Natural Resources India is rich in natural resources. The country produces as many as 87 minerals including fuel, metallic, non-metallic, and atomic minerals. Among the minerals, reserves of coal, iron ore and bauxite wich wil last a long time. Food Food in Daily Life. About half the people eat rice as their staple, while the remainder subsist on wheat, barley, maize, and millet. Barley Maize Rice Every major world religion is represented in India. Like, Hinduism, Buddhism, Jainism, and Sikhism all originated in India. About 80% of Indians are Hindu. Muslims are the largest minority in India and form approximately 13% of the country’s population. India has the third largest population of Muslims in the world, after Indonesia and Pakistan. It is traditional to wear white, not black, to a funeral in India. Widows will often wear white in contrast to the colorful clothes of married or single women. The temples of Khajuraho are famous for their sculptures and the sculptures are one of the most popular tourist attractions in India. many people stop to see them but are weirded out Some of the famouse landforms in india are the, Himalayas, Ganges River, Thar Dessert On India’s Independence Day, August 15, 1947, the country was split into India and Pakistan. The partition displaced 1.27 million people and resulted in the death of several hundred thousand to a million people.g Government History India is a federal state with a parliamentary form of government. It is governed under the 1949 constitution (effective since Jan., 1950). The president of India, who is head of state, is elected for a five-year term by the elected members of the federal and state parliaments. India has 'Tropical Monsoon' type of climate. The word monsoon has been derived from the Arabic word 'Mausim' which means seasonal reversal of the winds during the course of the year. Himalayas Granges River http://www.everyculture.com/Ge-It/India.html#ixzz3WlbzlhFE The lotus is sacred to both Hindus and Buddhists. The Bahá’í house of worship in Delhi, known as the “Lotus Temple,” is shaped like a lotus flower with 27 gigantic “petals” that are covered in marble. India is about 1/3 the size of the United States, yet it is the second most populous country in the world, with a population of 1,166,079,217. India is the world’s largest producer of dried beans, such as kidney beans and chickpeas. It also leads the world in banana exports. Traditions Sikhism Fun Fact The Indian flag means tiranga and it also has has many interesting attributes creating it unique. Then Indian flag represents India's long freedom struggle. It shows howIndia and Independent republic. The Sikh tradition was founded by Guru Nanak in the late 15th century C.E. in the Punjab region of what are today India and Pakistan. Climate Art Indian Flag Jainism History Of The Indian Flag Hindi and English are the official languages of India. The government also recognizes 17 other languages (Assamese, Bengali, Gujarati, Nepali, Manipuri, Konkani, Kannada, Kashmiri, Malayalam, Marathi, Oriya, Punjabi, Sanskrit, Sindhi, Tamil, Telugu, and Urdu). From these languages, about 1,652 dialects are spoken in the country. Language The history of Buddhism religion dates back to the year 580 BC, which started with the birth of Buddha Siddhartha Gautama http://www.patheos.com/Library/Sikhism.htm The National flag of India is a horizontal tricolor of deep saffron at the top, white in the middle and dark green at the bottom and, In the centre of the white band is a navy blue wheel which represents the chakra. Jainism dates back to the 6th century B.C.E in india. The religion dirives its name from the jinas a title given to twenty-four great teachers. Culture Religion Fun Fact famous landforms Buddhism Natural/Unatural Resources Fun Fact Hinduism Hinduism is the oldest religion on the planet. It is very, very big and has a ge number of beliefs compard to other religions Fun Fact India is the world’s largest tea producer, and tea (chai) is its most popular beverage. INDIA 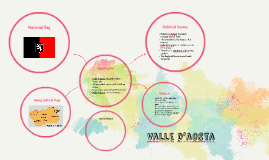 Transcript: Religion Valle d'aosta Valle d Aosta situated in North West Italy The smallest region with 1,260 sq miles has a population of 126,933 people Valle d Aosta has no provinces Geography Federico Chabod has been President since 1946 The president is the head of the country Valle d'Acosta has a parliamentary democracy They have a pluriform multi-party system. The Regional Government holds the power National flag About 80% of the population is Roman Catholic Their religion is headed by the Pope There are other smaller religions, the Orthodox Christian, which are about 2% of the country Next to Roman Catholic, Judisim is the next largest religion Geographical Map social status Political Status 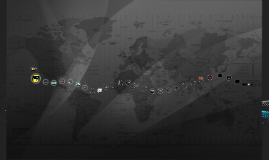 Transcript: Democracy In 1904 England satisfied 74% of its requirements for petrol on the account of Baku. Overall Features History & Background Art & Culture Entertaining competition Dances & Live Music Architecture went through many different stages over the centuries. Walled City of Baku with the Shirvanshahs’ Palace and Maiden Tower included in UNESCO World Heritage Site Games round 2 Content Classical music and opera Jazz The territory of Azerbaijan has been included on the map of the most ancient inhabitants of Europe. Natural Resources Foundation of jazz was laid to the by maestro Niyazi and Tofig Quliyev. The improvisation of jazz was realized by Vagif Mustafa-zadeh and he created a new tendency in music-“jazz-mugham” at the beginning of the 1960s. Mammad Amin Rasulzade: "The flag once raised will never fall!" Ilham Aliyev with British Prime Minister David Cameron TAR: Tar is quite similar to any of the string instruments. Tar has 11 strings. Literary name for Baku, because it is windy almost throughout the year. Ancient History Oil and Art Defacto Recognition of Independence of Azerbaijan (ADR) by Paris Peace Conference SOCAR - State Oil Company of Azerbaijan Republic - is the state-owned oil and natural gas corporation of Azerbaijan. At present the Company which was established in 1992 has great ﬁnancial and human resources (more than 70000 staff members). Mugam Azerbaijani language is the state official language of Azerbaijan. 26/03 Baku National Attributes Novruz is a holiday of spring. Celebration includes various rituals, singing songs, dancing, jumping over the fires, preparations of various traditional meals, painting eggs and visiting relatives. Many of them remind us of Easter Baku is the largest city in the world located below sea level Interesting Language and Religion Uzeyir Hajibeyov recognized as the father of Azerbaijani composed classical music and opera. He was the first composer of an opera in the Islamic world. KAMAN: It’s played on the knee with a bow which is tightened with a hand while played The Azerbaijan Democratic Republic (ADR) was the first successful attempt to establish a democratic and secular republic in the Muslim world. Culture (1918-1920) The law of the Republic of Azerbaijan (1992) "On freedom of faith" ensures the right of any human being to determine and express his view on religion and to execute this right. Food is an important part of the country's culture and is deeply rooted in the history, traditions and values of the nation The Azerbaijani cuisine is one of the the most ancient, delicious and varied cuisines of the world. There about 2000 dishes, which comprise the foundation of the Caucasian Cuisine. YES, WE LOVE TO EAT !!! :) 26/03 Music Mountains cover 60% of the total area of the Azerbaijan republic Dance Games Round 3 Paris Peace Conference Words: Ahmad Javad Music: Uzeyir Hajibeyov The art of mugam that is considered to be Eastern music and eastern culture has its national forms and genres as well as names peculiar of all eastern people. Oceana - 10 pm Tricolor flag officially adopted on February 5,1991. 1920- Azerbaijan was occupied by 11th Red Army (Soviet Army) Azerbaijan Cuisine Games Round 1 Enjoy your Food! City of Winds Ilham Aliyev (President of Azerbaijan Republic) and Mehban Aliyeva (First Lady) Nowrouz Holiday Symbol was decided after a competition declared on January 30,1930 Azerbaijani–British relations 1908 Azerbaijan has 9 climate zones out of 11 in the world ZURNA: Wind musical instrument with a strong high sound. The zurna is usually carved out of apricot, walnut or mulberry wood. Is also used for folk songs, and traditional music performances. SAZ : Mainly used for folk songs by travelling singers called Ashiq Icheri Sheher/Old city Culture Boring Big boom in construction over the last decade. 26/03 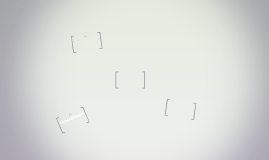