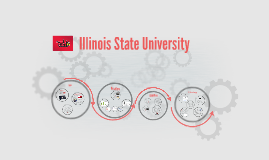 Transcript: Unsatisfying Sporting Events What we learned Team Contract was upheld (12 pack) Procrastination was a problem Motivation from leader was key to group success Trust We achieved trust as leaders because we all did what we said we will do. Trust allowed great feedback on tasks and ideas., which led to higher performance. Strengths and weaknesses were applied with each aspect of project ex. Kris with slides Most importantly we were ourselves, in every way from start to finish with all of our unique styles. We did what we though was the best way, and did not necessary lead or do objectives in the contemporary style that others are accustom to. We followed and, led each other, and learned many important leadership and life lessons that we can apply to our future careers and endeavors . Emergent Leadership Chp 11, Authentic Leadership focuses on whether leadership is genuine. We all were extremely genuine, and transparent with are goals, ideas and the work load that was accomplished. No one person took or is taking all the credit for the project, and were not selfish or nor narcissistic. Goals were laid out, and each team member stuck true to their word. We had fun doing this assignment, we ate pizza, watched football, joked around and became friends during the semester, this lead to the group being conformable with each other wile trusting the members with their work. Why doesn't anyone go to sporting events at Illinois State University? The decision was clear to conduct our project on promoting, finding ways to raise moral and attendance for ISU athletics. Created encouragement and positivity Leadership when it was needed Many situations during this project required a different leader Different people had different ideas during this process and voiced them when appropriate Ex. Kris had the breakthrough idea, Mike was a scheduling guru, Pete suggested we go to the game and do surveys, and I enforced the team contract with earnestness and sincerity. There were many other instances but these were key to our success Three question process very useful in identifying problems and solutions Illinois State University suffers from issues with attendance, support, and enthusiasm towards the athletics program. The level of support is lacking greatly when we compared Isu to other comparable universities. ex: Clemson The lack of school pride is seemingly missing throughout the campus life of its students. Topic Conclusion Did we succeed? Servant Leadership Problem Sports Fanatics All played sports in high school Still participate in intramurals Die Hard Chicago fans Watch live sports/ESPN religiously Used model to find solutions We thought that the best person to reach out to was director of athletics Larry Lyons He spoke about his athletic experiences during his college days at the University of Illinois, and reminisced on how exciting it was to him, and as the director of athletics one of his goal is to increase moral of students towards sports. We succeeded in advising top level management of the issues at hand, but were unsuccessful in leading change within the university itself. We feel that with the formation of an RSO, with the support of the athletes themselves that this mission can enviably be successful in the future. Some of the most successful operations started out small, but with the correct leaders anything is possible. Who are we? Thought that some high school events were better than ISU events Problems with Scheduling We have all gone to sporting events at ISU, and were all unsatisfied with the events Commercial, very well done, but we have never seen it, needs to be broadcast over all televisions on campus GoRedbirds.com Use of social media has little impact RedAlert: tickets to all games but, no successful promotion Idea Reaching out Attendance was low, all four of us when to opening night to do a recon mission. Pictured below Serve and nurture others needs Created trust Helped each other understand concepts and get work done Specified roles in certain situations Authentic leadership Promotion Energy was not very high at the events ISU Current attempts We were trying to think of a topic when a conversation around football came about, and then it clicked. Students are the best promoters to gain better attendance and overall moral of school towards all of the athletic programs. Freshmen media packet Given during preview Including all sports related media, schedules, websites and information. Also one time free tickets to any game upon signing up with intended RSO. Athletes that join RSO, will promote themselves and their team with presentations. (ex. many other organizations and clubs do before class) They will give their own background and connect with classmates to allow a better student athlete relationships to improve attendance. Solution What We Learned Illinois State University He identified the issues at hand and suggested that we also speak to L.B. Nagle (marketing) and Cindy Harris (compliance and 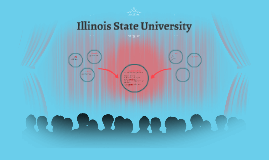 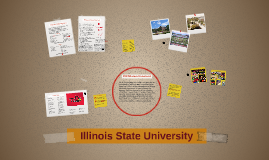 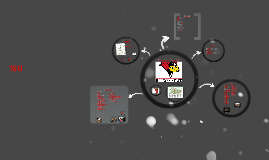 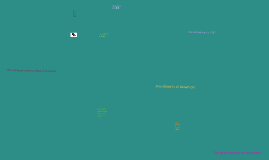 Transcript: Illinois State University The mascot is a Reggie redbird. The location is Normal Illinois. The cost is $12,230. How many students go there are 20,799. Good programs are its college of education. Year established is 1857. President is Al Bowman. The good athletics are basketball. 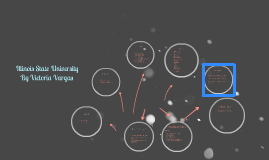 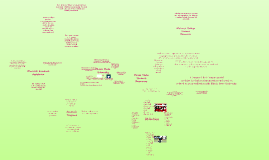 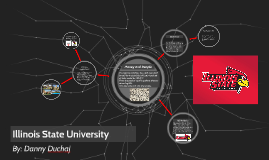 Transcript: Address: 100 North University Street, Normal, IL 61761 Web address: illinoisstate.edu Phone Number: (309) 438-2111 Student Life You must have a high school diploma. You must have a written essay or personal statement. You must send in your transcript to the admission office by April 1st. It is beneficial to get an 18 or higher on your ACT so you have a better chance of being accepted into the college. There are 21 Fraternities and 13 Sororities. Fraternities and Sororities all have their own house to live in and their own names. Its also called Greek life because the symbols used in the names are Greek. The houses hold competitions and events like fund raising and social gatherings. By: Danny Duchaj Money and People Contact Information Illinois State University My Interest in ISU Entrance Requirements I am very interested in becoming a Physical Education Teacher in Secondary School. I'd like to minor in History or another subject to have more qualifications for becoming a teacher. Campus Pictures ISU competes in Division 1 Athletics (highest level of sports in college). They are in the Missouri Valley Conference. Their colors are red, white, and black and their mascot is the Redbird. ISU offers everything from boys basketball to girls swimming and diving The total cost (tuition, fees, and room and board) for in state kids is $22,634 and out of state would be $30,074. There is a total of 20,272 students that are attending ISU. 45% are male and 55% are female. ISU Athletics