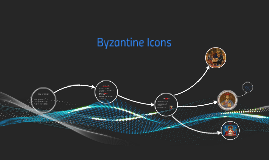 Transcript: Means "image breaking" Destroying of images for religious or political reasons Byzantine iconaclasm lasted a century Plastered over or destroyed icons Some were saved What is an Icon? Religious work of art Uses symbols and analogies Often venerated or worshiped Iconiclasm Byzantine Icons Iconastasis Platitera Pantocrator Rublev's Trinity Screen or wall of icons Separates nave and sanctuary Eastern Orthodox Means ruler of all in greek Holds gospels Blessing Righteous Judge and the Lover of Mankind The Gospel is the book by which we are judged, and the blessing proclaims God's loving kindness toward us, showing us that he is giving us his forgiveness No crown or scepter as other kings of this world. The high curved forehead shows wisdom. The long slender nose is a look of nobility. The small closed mouth is the silence of contemplation. 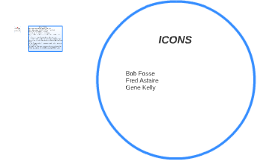 Transcript: Fred Astaire Born: May 10 1899, Omaha Nebraska Died: June 22 1987, Los Angeles Cali He was light on his feet, and made it look easy, he practiced for hours In 1932 his sister quit dancing to get married, and then he went to Hollywood landed a role in 1933 in Dancing with Lady with Joan Crawford signed with RKO radio pictures paired with Ginger Rogers for Flying Down to Rio The Gay Divorcee in 1934 and Top Hat in 1935 used hybrid styles they used tap ballroom and ballet in 1974 he received his first Academy Award for The Towering Inferno he also got an Emmy Award for A Family Upside Down in 1978 Also got a Lifetime Achievement Award in 1981 "Do it big, do it right and do it with style" -Fred Astaire Gene Kelly Born:August 23, 1912 Highland Park, Pittsburgh Died:February 2, 1996 Beverly Hills, California He was athletic and energetic took dance lessons at a young age he taught dance lessons in collage to help pay for school in the 1930's he made his way to Broadway he had small roles in Leave it to me, and One for the Money He was in his most famous show ever singing in the rain in 1952 In the 1960s he turned to television he stared in Going My Way and in 1971 The Funny Side In the 1980s he faded from acting His last show was Xanadu He received an honorary Academy Award "I wanted to do new things with dance, adapt it to the motion picture medium" -Gene Kelly ICONS Bob Fosse Fred Astaire Gene Kelly BOB FOSSE Born: June 23 1927, in Chicago Illinois Died: September 23 1987, in Washington D.C He had an early interest in dance Parents enrolled him in formal training By his early teens he was dancing professionally in night clubs In 1953 he appeared in Broadways Kiss Me Kate In 1954 He choreographed his first project Pajama Game, His style and choreography in this earned him his first Tony Award He won Tony awards for his choreography and direction in Pippin, Cabaret, "Live like you'll die tomorrow, work like you don't need the money, and dance like nobody's watching" -Bob Fosse 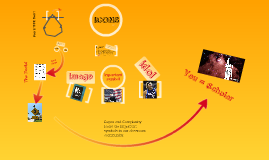 Transcript: 1. An image; a representation. image important symbol idol How I Think Now! Tip Deeper More Complex Real Huge The Tools! Depth and Complexity Icons are important symbols in our classroom community. You = Scholar ICONS *referenced fromYahoo education dictionary 3. One who is the object of great attention and devotion; an idol. ETYMOLOGY: From Greek eikn, from eikenai, to be like, seem 2. An important and enduring symbol. NOUN: i·con* With the right "Tools", you can think ...... 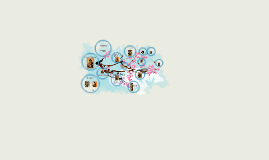 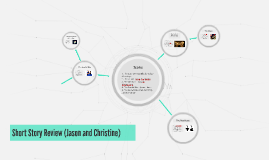 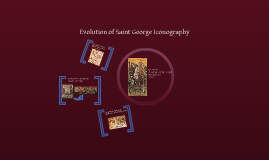