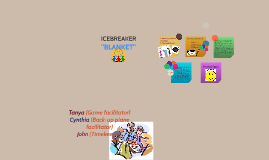 Transcript: Tanya (Game facilitator) Cynthia (Back-up plane facilitator) John (Timekeeper) For Back-up Plan... 1. Markers 2. Nametags 3. Balloons "BLANKET" Game Description: 1. Each participant should write his or her name on a tag. 2. The participants will attach the nametag to the balloon & will pass the balloon to the facilitator. 3. When the facilitator collect all balloons, he/she will distribute the balloons among all participants. 4. Each participant has to find the person whose nae is on the balloon. Inventory Back-up plan ICEBREAKER 1. Each team (5/5) has to go to the front of the room, and then each player introduce himself/herself 2. Each team chooses one person to stand behind the blanket 3. The facilitator has to count to 3 and the volunteers must drop the blanket. 4. The first player who correctly identifies the name of the person of the opposing team, will earn one point for their team. 5. The game continues until a desired number of points have been reached, or until times runs out. THANK YOU! You May Also Need: 1. One large blanket or curtain 2. Two volunteers 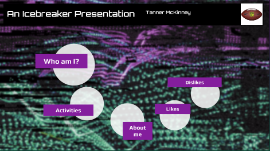 Transcript: An Icebreaker Presentation Tanner McKinney Who am I? Who am I? Tanner McKinney Info the team -Birthday is February 5th 2001 -I have 4 brothers and 1 sister -I have 4 dogs Things I like to do... Activities Hang out with my girlfriend Play football global sales Workout interaction About me About me I play QB My favorite class is math I drive a silverado I want to go to college to play football Likes Things I like Food Sleep Watch football Dislikes Dislikes Brocoli Homework Being broke 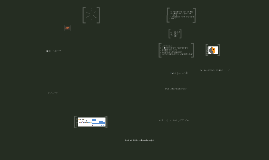 Transcript: I am an icebreaker because: __________ Customization tool created on icebreaker micro site Questionnaire that will determine suitable icebreaker products why this works Charlene Cai Free Media Reaches target audience Encourages repeat purchase Strengthens connection of the brand and being unconventional Morgan quinn Age: Over 24 Willingness to pay a premium for performance wear Passionate about running Unconventional, goes against the grain Running Events i run why they need us Product Place Price promotional t-shirts 3 routes Stanley Park Kits North Shore Why this works 3 groups of 10 runners 3 runs per week for a month one runner with ram head have you herd? Why this will work Written application of “Why you are an icebreaker in your community?” 25 selected for each run Icebreaker pays registration fee Postcard 2 Postcards T-shirts Questionnaire results Safeena Dhalla don't just hit the wall, RUN through it 3 P's product customization Microsite Lifesize iceblock with runner crashing into it Tag line: “Don’t just hit the wall, run through it” Placed in high traffic areas and at major events why will it work? Front Manfred Wong timeline Run schedule Video blog contest Postcard Why this will work Back 10 000 postcards available at retail locations Each customer gets 5 postcards with icebreaker purchase Send to friends Postcard gives 10% off icebreaker run purchase Ramataur Runner why this works A mini website connected to Icebreaker mainpage Links all promotional activities together Facilitates development of Icebreaker Run community Must be developed before implementation of all phases Exposes icebreaker products and benefits Engages with the online community Uses existing consumers as product marketers Large reach of consumers Dee Brenchley Video application for interested contestants 10 contestants chosen and receive icebreaker run apparel Contest will last for 6 weeks Contestants will blog about their daily icebreaker Winner determined by number of votes will receive $1000.00 shopping spree who are we targeting? Run Route Awareness sample blog Unexpected, unique- Immediately gets attention Mobile- helps maximize exposure Creates memorable experience Sponsorship Extends reach of communication past the Internet Increases awareness of new run line Encourages trial of product Uses family and friends – credible source Why this will work Cost breakdown A running line made just for ewe Icebreaker will sponsor 3 runs during the spring/summer months what is it? Ice block prop Leading brand in Outdoor Clothing Lacking awareness for new run segment Target runners and leverage current brand How much? JOcelyn Soares Attention grabbing Reaches target audience Showcases functionality Attracts target audience to Icebreaker webpage Extends reach Connects users to Icebreaker brand – identify with company Stepping stone for next stage of promotion – identity Encourages trial of product Uses family and friends – credible source Allows runners to explore their passion for running Ensures people buying appropriate attire Increases product knowledge and awareness Convenient i am an icebreaker because: __________ 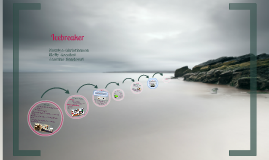 Transcript: A key hire will provide insights Most companies that enter China are large companies Small companies go because that is where their big customers go. Small companies should be aware of lack of property protection- counterfeiting Some companies have to go to China Lessons Learned from Watching Others Enter China History What are the "Whys" and "why nots" for entering China? Why Not's Requirements for Chinese Distribution "One-with-nature" message might be lost on the Chinese market. Predictions in a chaotic, unpredictable industry. 11 month struggle Unlike Traditional Wool Attributes: Light and Breathable Material While Providing Insulation Why do U.S. and European consumers by Icebreakers products? Founded in 1995 in Wellington, New Zealand If the brand turned out to be a huge success, it would put a strain on the company to meet the demands of the new market. Competition already in China Icebreaker Chinese consumers are after products that give status Consumers in China do not have sports that would require the technical attributes of Moreno wool They care about status and fashion and Icebreaker has not yet entered this market New market strategy Questions? China? Expanding Icebreaker Internationally Started selling in Europe in 2002, and the US in 2004 Huge market potential Marketing Strategy Why's Natalya Christianson Molly Crocket Jasmine Sandoval How can he get that information? Chinese are wearing competitors clothing More western goods appreciated and sought by young affluent chinese customers China does not have enough outdoor and snow sports to consider a technical apparel strategy In China Icebreaker would need to emphasize fashion attributes Question 1 Question 3 Brand Image Company skyrocketed to $50 million in sales in 2006. Hired Troy Ballard in 2004 to help with US sales New Zealand United States China High quality Functional purposes Value the product and its features In tune with nature and conserving initiatives Why will consumers in China? What is "the last" information Moon needs to make the decision? Question 2 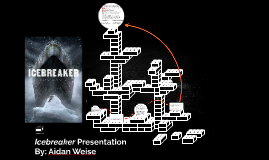 Transcript: My favorite part Who might like this book The genre is science fiction and fantasy. The conflict is Person vs Person Theme The POV is 3rd person limited. Genre If you like books with suspense, fantasy, or science fiction this might be the book for you. Conflict: The Maw Point of View: The theme of Icebreaker is about a girl named Petrel, who lives on a ship called the Oyster that has been following the same route for 300 years. Then a boy shows up on the ice near the ship one day, so the Engineers rescue him. When the rest of the crew finds out about the boy, they tell the engineers to throw him overboard because the crew has never encountered strangers, nor do they trust them. The setting took place on/inside the Oyster, and the Maw. It never tells when the book takes place, but I'm guessing in the future because the book has an apocalyptic feeling. Rest of main characters Main Characters Petrel: Petrel is a girl who is hated by the crew because of an incident involving her mom and dad. She is the Protagonist in the story. The Maw is a creature that has been following the ship for years, and it comes up next to the ship during funerals to eat the bodies as the crew throws them off the ship. The Maw is Flat and Dynamic. Setting I liked the part where Petrel has to pinch the boy so much that he bleeds, so they can get to the med bay where they're safe from the people chasing them. Icebreaker Presentation By: Aidan Weise Albie - Chief Engineer, Petrel's Uncle Krill - Head Cook Orca - Chief of Officers Boy - Boy found on the ice, Rescued by Engineers, a flat and dynamic character Sleeping Captain - a rumor goes around that one day, when the ship needs him most, he will awaken add logo here 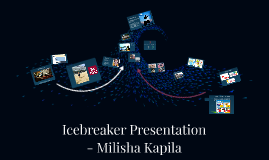 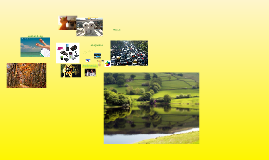