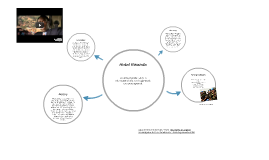 Transcript: Hotel Rwanda an all too familiar story in international affairs of a genocide everyone ignored. the story When Germany loses World War One, it also loses all of its colonies- this including Rwanda. Belgium was then given Rwanda, and shortly thereafter social rebellion ensues bewteen the two dominant groups in the country; the Hutu's and the Tutsi's. By 1962 Rwanda had gained independence from Belgium and many Tutsis (near 120,000) had taken refuge in neighboring countries for fear of escalating unrest. source: google images As mentioned, these groups were solely divided by class. The Tutsi, though a smaller portion of the population had traditionally ruled the country as the upper class, while the Hutu were known as working class; so much so that if a Tutsi was seen hanging around the lower class or was notably poor, they were considered a Hutu. By the time that this movie is set the two had been fighting each other for about forty years. This movie reflects the true story of a man named Paul Rusesabagina, a Hutu who worked at a Belgian Hotel and was said to have housed over a thousand Tutsi refugees in the hotel when the guests and other countries had abandoned them. The majority of the movie is set on the hotel grounds as Paul tries and is considerably successful in protecting the Tutsi despite his troubles in getting the international aid he thinks he will be able to. Tutsi/Hutu foreign affairs supplementary information from: http://www.un.org/en/preventgenocide/rwanda/education/rwandagenocide.shtml history hotel owned & operated by belgians targets international guests to Rwanda American Journalists UN Peace Keepers "They think you're dirt" 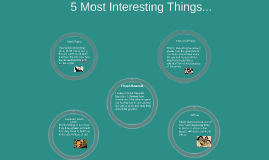 Transcript: 5 Most Interesting Things... I enjoyed hotel Rwanda because it showed how Americans take advantage of not having war in our country like Africa does and how they should be grateful. North Korea Hotel Rwanda Africa Blood diamond was one of the most interesting thing in Africa. It shows what people will do to survive in Africa. (Japan) One Child Policy Capsule Hotels Its interesting to see how they have grown so much that they have to build up in the city instead of out. This is interesting because it shows how the government can even control how many kid you can have in china. Also how many kids a adopted from china because of the policy. I found this interesting since North Korea has a dictator and how different it is than the US. Also how the all worship Kim jong un like a god. 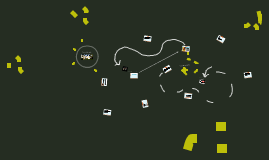 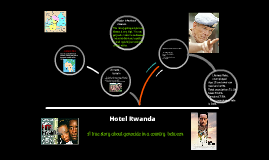 Transcript: The risk of getting a infectious dieases is very high. You can get food or water bone diseases : bacterial diarrhea, hepatitis A, and typhoid fever animals contact rabies. name of country is Rwanda location: Central Africa,east of democratic republic of the congo. Major infectious dieases. Hotel Rwanda A true story about genocide in a country between GDP, Purchasing Power, Internet Users The climate is two rainy seasons (Febuary to April, November to January); Mild in mountains with frost and snow possible. The terrain is grassy uplands and hills. climate , terrain The GDP Purchasing Power is $14.91 billion dollars. The total internet users are 450,000 Literacy Rate, unemployed continent : Africa Age 15 and over can read and write. Total population:71.1% Male:74.8% Female:67.5% The unemployed rate is 30% 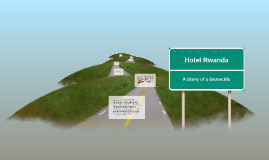 Transcript: Project Between the dates of April and July in 1994 in Rwanda, Hutu rebellions slaughtered and killed millions of Tutsi citizens. The world on the other hand did nothing to help these poor citizens from elimination. The U.N. did absolutely nothing and people around the world ignored the situation, when we should have been helping to resolve the problem Hotel Rwanda is a movie about a genocide that occurred in Africa. The movie explains a man and how he set himself apart from other people to keep his whole family safe from harms way. He took many precautions and made connections with many different powerful people to help him when he needed them most. Unfortunately the small country was left for dead. When the country was deserted, there was still a hotel standing, to help and refuge the people in need. That not only ran the place, but he helped save many lives in doing so. After the genocide, Hutu and Tutsi relations stays neutral for now, but many of the Hutu's fled in order to run away from Tutsi rebellion. Belgium influenced many people of the nation of Rwanda. Belgium were very racist for the fact that they allowed many light colored people with many rights and occupations. Tutsi's were treated well, while Hutu's weren't at all. After Belgium left the nation to the Hutu's and Tutsi's, Hutu's rebelled back at Tutsi's. Hutu's were so angry at Tutsi's they massacred them one by one, dead bodies all over the place. C.I.M.S. A Story of a Genocide Extent of The Genocide in Rwanda Pics Causes of the Rwandan Genocide Mr.Mactas Rafael Peralta Analysis Hotel Rwanda Hotel Rwanda Pics Analysis The world's reaction was disgusting and inhumane. The way we just ignored the situation was not nice. We did not even send any supplies in order to help them in any way possible it was just despicable. 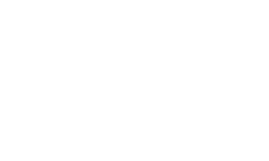 Transcript: In 1994, the Hutus began the Rwandan genocide, which targeted and aimed to wipe out the Tutsi race. Africa Tutsis Hutus Role of the United Nations New York City: United Nations Headquarters Rwanda National Anthem United States of America Rwanda's Flag: originally from Rwanda controlled Rwanda before the genocide persecuted the Tutsis Rwanda exiled to surrounding countries after 1963 considered "rebels" in Rwanda before the genocide Total Population: 10.94 million people Capital: Kigali Languages: French, English, and Kinyarwanda The U.N. has its own troops It is responsible to keep peace in the world It is responsible to prevent wars from happening throughout the world 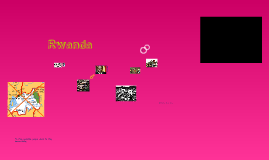 Transcript: Rwanda This began in April 6, 1994 it happend in East Africa between the Hutus and the Tutsis Hutu- central African people Tutsi- enthic group in central Africa The assassination of Hybarimana Resulted in. . . . . . mass killing of tutsis! the killings were planned by a Hutu group called the Akaza Akaza- had appointed positions of authority. They didnt want top share government with the Tutsis's or moderate Hutu's 10,000 people were killed a day Roughly 800,000 to 1,000,000 died The united Stated did nothing to help the victims in Rwanda To stop genocide people need to stop dehumanizing Ended 100 days later in July 1994 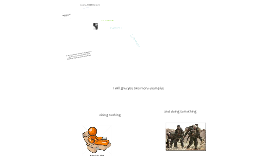 Transcript: Hotel Rwanda By: Emerson JD Actions speak LOUDER than words! what do you think this could mean? It means doing nothing is a lot less effective than actually puting effort in what you think is right! Take Paul Rusesabagina for example He stood up for what he thougt was right during the time of genocide in Rwanda. Think if he did nothing to save his family, Do you think people would think of him as a hero TODAY If you were the only person who could save your family in a time like the Rwanda genocide would you help or chicken out? I will give you two more examples doing nothing and doing something