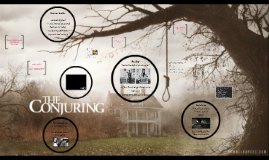 Transcript: Bathsheba Wanted control over Perron's mother Spirit Haunt = hanter Spirit = esprit / Witch = sorcière To lust after= désirer (quelqu'un) Smell = odeur To covet = convoiter Compelling = convaincant Significant = important Doubt = doute Curse = une malédiction Harmless = inoffensif To wander = errer Disturbing = dérangeant Swear = jurer (prêter serment) Have you ever wondered if a spirit had visited you? The real couple life Ed & Lorraine Warren American paranormal investigators 3. What is the name of the object used during the spiritism session on the photo? - Ouija board - Spirit board - Magic board 4. In which region of France is the house that is bleeding? - Rhône-Alpes - Picardie - Aquitaine Reality "Leave the lights on at night" At first the strange things were harmless Spirits wandering the home Legend and local folkore Murders and suicides What would you do if a spirit haunted you? So, what do you think? Do you believe her story and that evil spirits like Bathsheba really do exist? Quizz !! 1. what is the first civilization or time (=époque) that used the term spirit, ghost? - Middle age - Greek Antiquity - Ancient Egypt 2. Where can we find the white lady? - At the edge of a road at night - In an ice-cream maker (=glacier) - In a cemetery at night For you, a ghost, a spirit is what? Horror movie - Haunt of ghost - In the Perron home and that persist today - An investigation of the supernatural activity 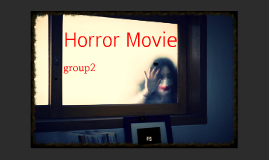 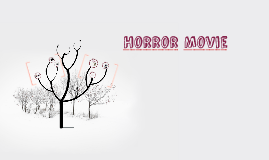 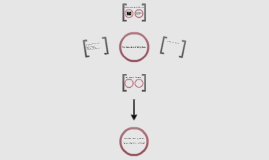 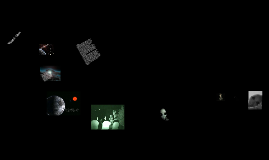 Transcript: Violet & Deon creative writing Lost on Alien Planet Conventions •Gray and black colors •Shadows •Myths •Scary music •Things jumping out •Noise We will use grey and black colors. Almost all of this movie will be at night time, in outer space. Shadows, they will see shadows, of the aliens and the alien’s ship. Scary music, as they are trying to figure out what planet they are on and what all the weird noises and shadows are scary music will be in the back ground. Things “aliens” will be jumping out trying to intimidate the men. Random stuff being thrown. Weird, creepy noises. “Alien noises”. Characters Harold: Was raised in South Dakota, his family was very up tight and conserved. Ever sense he was a small boy he loved planets, space and stars. He soon would grow up and become an astronaut. Harold, now 35, has no wife and no kids. He stays in his lonely house, on the coast of California, experimenting, studying and looking through his microscope up at the stars and planets. Harold has a very wide imagination. He is smart, very smart and also extremely curious about things, especially the moon and other planets. He very seldom has time for anything else except his career. Harold and Ronald are best friends. Ronald: Was raised also in South Dakota, his parents weren’t really there all of the time, he felt alone most of his life. His grandma raised him and took him in once his parents had left him. As a little boy he loved to explore and play like he was flying to the moon, he also wanted to be an astronaut. He wanted to make something of himself. Ronald, now 32, lives with his wife, Mariee, they have no children just yet. Ronald and Mariee also live on the coast of California. Plot On the way to the moon, an aircraft got lost and somehow crashed on a planet, never before seen, ever. Harold, the spaceman, was joined by his assistant, Ronald. They were both very astounded by the wreck; seeing how they didn’t recognize the planet they were on. After awhile of sitting in the aircraft wondering what to do, it was getting dark and they were getting worried so they decided to get out and go explore this strange planet. Harold and Ronald floated around looking for clues of where they were at. They hear weird noises and see very odd lights, soon they would know just exactly what it was, and it is not very friendly at all. Sample Scenes The two men get out and go to see where they are when they start to hear odd noises and see very strange figures, almost human like, but Harold and Rornold are smarter than that and they known that is NO human, so ofcourse their curiousity gets the best of them. "Oh MY! Do you see that?" Harold asked. .................... Do you see this? Something creepy is going on.... Are u scared? you should be Welcome To My Planet Harold and Rarnold get attacked by these creepy things and died fortunately they got photos and videos thanks for watching GOODBYE! and died Harold and Rarnold travel to the moon but some how ended up on this very small, unknown planet. "Where is this place?" asked Harold. "I have no idea, lets go and explore?" Rarnold replied. Suckkka FACE 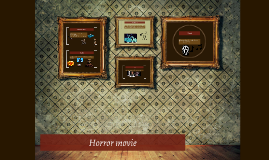 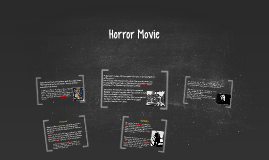 Transcript: The Exorcist Hunkeler Catholic family was convinced the child's aggressive behavior was attributable to demonic possession, and called upon the services of Father Walter Halloran to perform the rite of exorcism. With the atomic age, the movies have gone on to have a scientific and supernatural themes, creatures and killer bubbles. Over time, axes, maces and chainsaws were coming on the scene and earning their space until the terror we know today. Directed by F. W. Murnau and starring Max Schreck, Nosferatu demonstrated just how scary a vampire could be in 1922, and continues to be one of the best vampire films ever released. An unofficial adaptation of Bram Stoker’s Dracula. Aspects of the novel were inspired by an exorcism performed on a young boy from Cottage City, Maryland, in 1949 by the Jesuit priest, Fr. William S. Bowdern Scary stories have always been part of people's lives. The history of the horror movies began with the emergence of cinema. Horror Movie The 50s marked the resumption of fear in cinema. The principal name of this period is that of Christopher Lee, whose interpretation of the count in Dracula (1958) made ​​history. What makes Nosferatu continue to be one of the greatest vampire films ever made is Schreck’s incredible make-up and Murnau’s use of shadow to give the film its signature look and feel. He is the actor who made audiences truly fear the vampire. Nosferatu In order to make the film, Friedkin was allowed access to the diaries of the priests involved, as well as the doctors and nurses; he also discussed the events with the boy's aunt in great detail. Over time, the movies were taking the course of European vampire legends, scientists and aristocrats, based on Dracula and Frankenstein. With the 2nd World War and the true horror part of the day-to-day lives, horror films have largely remained low for some time. The first man who created a horror film was George Melies, with the Castle of the Devil, 1896. Two other works marked the beginning of the era of scares: The Cabinet of Dr. Caligari, (1919) Robert Wienne and Nosferatu (1922), Friedrich Wilhelm Murnau. Hollywood studios still have great relevance in producing films of this genre. Lon Chaney, which became known as the man of many faces for playing different roles as The Hunchback of Notre Dame (1923) and The Phantom Of The Opera (1925). 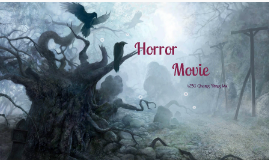 Transcript: Introduction Character Technique & Approach !!!GET READY TO GET SHOCKED!!! Introduction 4230 Cheng Yang Wu This movie is about a woman come back to kill her husband and her best friend. Thank You Outline Character Technique: Mostly it will focus on the sound. Approach: Using long take to let the ghost stay behind. Horror Movie Technique & Approach There are 3 main characters who is Emily, Mike and Christy .