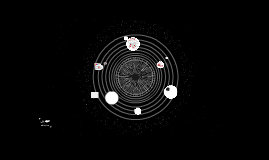 Transcript: HOLI a Hindu spring festival in India and Nepal known as the festival of colors or the festival of sharing love celebrated on Phalgun Purnima which comes in February end or early March an ancient origin and celebrates the triumph of 'good' over 'bad' bridges the social gap and renew sweet relationships originally known as 'Holika' Holi existed several centuries before Christ the meaning of the festival is believed to have changed over the years Earlier it was a special rite performed by married women for the happiness and well-being of their families and the full moon (Raka) was worshiped Now Holi commemorates the love between Krishna and Radha Or Holika, a demon, tried to kill Krishna as an infant through poison, but instead Krishna sucked Holika's blood out reason for red powder/liquid Holi Celebration General Background When? Holi History a spring festival two ways to predict when Holi is In the former, the first day starts after the full moon Though the amanta reckoning is more common now, the purnimanta was very much in vogue in the earlier days. Phalguna purnima was the last day of the year and the new year heralding the Vasanta-ritu (with spring starting from next day). the full moon festival of Holika gradually became a festival of merrymaking, announcing the commencement of the spring season. ht add logo here 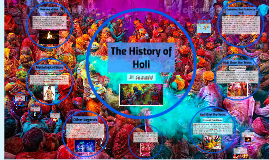 Transcript: Meaning of Holi Mythological Story Other Legends Countries that Celebrate Holi Holi Over the Years Holi Over the Years Current Traditions Today, the festival is celebrated for only two days, and synthetic colors are used for their color powder instead of natural herbs and spices. On the first day there is a Holika Dehan, which is bonefire that involves lots of signing and dancing. India is the dominant country that celebrates Holi. There are other countries that aren't majority Hindu, but still enjoy the festival's inclusion of happiness and unity. Some of the countries that celebrate Holi are Nepal, Trinidad, Tobago, Guyana, Figi, Mauritius, Pakistan, the Philippines, and even some areas of the United States. Each country has their own interpretation of the holiday and different traditions are displayed, but they all commemorate the triumph of good over evil. The History of Holi Jill Gutapfel Prahlad's evil aunt, Holika (hence the name Holi), was commanded by Hiranyakashyap to take Prahlad into a blazing fire. She would be protected from the flames by a majical cloak that alowed her to not be burned. People often wonder where the incorporation of the colors comes from. This comes from the legend of Lord Krishna and Mathura. Krishna had very dark skin and wanted to know why his friend Radha was pale. He talked to his mother, Yashoda, and she said that if he painted Radha's face, he could make her any color he wanted so that they could be happy together. Overall, Holi is an experience that isn't like any other. It brings together enemies and even entire countries for the sake of forgiveness and happiness. It is said that Holi also purifies the souls of those who partake in it, making it a true spiritual cleansing. Past Traditions Holi traditions have changed dramatically over the years from the length of the festival, to the ingredients used in the pigmented gulal. Gulal is the Indian name for the colored powder that they throw in the air and at each other while they celebrate. This lengend ultimatley symbolizes the triumph of good over evil, which is why Holi celebrates making amends with enemies and revolves around happiness and wellbeing. Current Traditions The Second Day Hiranyakashyap also had a son named Prahlad who devoted his worshiping to the Lord Naarayana, which infuriated Hiranyakashyap. Prahlad and Holika Prahlad and Holika Holi is a Hindu Spring festival that is celebrated in February or March, and represents the triumph of good over evil. The literal meaning of the word Holi is burning, which symbolizes a mythological Hindu story. The First Day Krishna' is the supreme god in Hinduism. In his birthplace, Holi is traditionally celebrated for sixteen days. However, the celebration used to take place over five days. It would start on the day of Holika, and end on the day of Rangpanchami. Prahlad and Holika One the second day of Holi, the color celebration begins in the morning, and people can throw colors on anyone they see no matter who they are. It includes lots fast music, more dancing, and rich foods. When the morning is over, everyone goes home and bathes. Then they all get together with friends and family to eat home cooked food and be grateful for their blessings. Countries that Celebrate Holi... The myth that is most often associated with Holi is the legend of the demon king Hiranyakashyap. This story begins with Hiranyakashyap wanting everyone to worship only him. Unaware that the cloak only worked when she entered the fire alone, Holika burned in the flames, and Prahlad was saved by his god Naarayana. Current Traditions 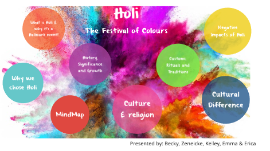 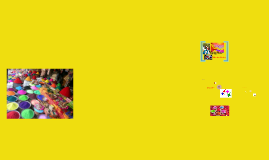 Transcript: WELCOME! TO..... Our Holi Celebration is where we will be learning the true meaning of holi, enjoying performances, keeping up the indian community in Milton and celebrating holi within it !! What is holi? Holi is an ancient festival of India and was originally known as "Holika." Holi dates back to the texts from the 11th century. Holi means the festival of colors. We play holi to celebrate good over evil. Many people all over the world celebrate it, especially in India. Significance Of Holi The festival holi has a lot of different significances. Though the main are the social significance and the cultural significance. SOCIAL SIGNIFICANCE Holi brings us together by forgetting our differences and problems. Even non-hindus celebrated holi, I mean who wouldn't want to play holi, right? When we play, enemies turn into friends and we forget any hardships between one another. We connect and spend time with friends and family. After you get cleaned, we tend to go to people's houses to give gifts and simply have fun! Cultural Significance Various legends are connected with the celebration of holi. These legends have a lot of things in common though. They all prove the power of truth and justice and the victory of good over evil. Also, holi is celebrated when farmers expect a good harvest which gives people a reason to rejoice and celebrate. Activities and days of holi In the eve of holi, Holika Dahan, we place a sculpture or model of the devil minded, Holika in a bonfire and burn it. This reminds us of the defeat of evil. The next day is the day of colors. The old tradition is that in Holi, the oldest male of the family gets to spray the family with colors and colored water. Then, the next day, in Dhuleti everybody in the family can throw colors, water and play pranks! Also, it was said that young Krishna with the mischievous behaviour, used to play a lot of Holi with his lovely Radha. Legend of Prahlada Hiranyakashipu's son was devotee of lord Vishnu. Hiranyakashipu attempted to kill his son many times though failed each time due to prahlada's prayers to Vishnu. Finally Hiranyakashipu got tired of it and made prahlada sit on a pyre on Hiranyakashipu's sister's lap. His sister, Holika, had a boon that she couldn't get burned by fire. Although when the fire started everyone watched holika burn to death and Prahlada surviving. Thus proving the victory of good over evil and now is celebrated as Holi. Even with all the tradition and rituals, people still have a ton of fun in Holi. It is a festival that brings joy and happiness. Milton Gujarati Pariwaar Happy Holi ! 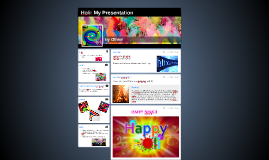 Transcript: To celebrate the triumph of good over evil during the story of Holika and Prahlad, many people build large bonfires on the eve of Holi. It is believed that these fires scare evil spirits by reminding them of Holika’s demise. The burning of the bonfires is a joyous activity. Many people use this occasion to dance, sing, and socialize with their friends and family members. This activity is known as Holika Dahan. When? They throw colours to show respect to deities, friends, and family members. Colorful and happy Hindu holiday India Happy holi!!! There are more than one celebretory activity. Last full moon Lunar month of Phalguna Late Feb or Early March Also known as "Festival of Colours by Oliver Photos like comment share like comment share Legends Bonfire Celebrated in India but also other countries Different ways in different places Dehli for example (modern, activities food etc.) Celebrates victory over good and evil Holika and Prahlad Radha and Krishna If you want to know about them, look it up! Holi: My Presentation like comment share Why do they throw Colours? Holi Not only colours??? India 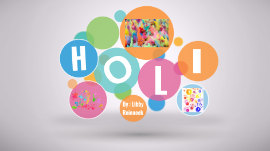