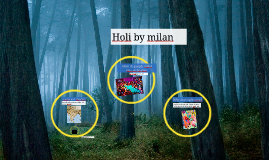 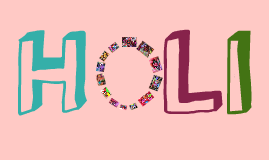 Transcript: H LI :)(: festival of colors :)(: meaning how is it rituals 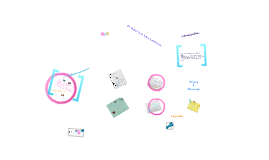 Transcript: Holi By: Yeelok To & Zahra Lodhikawala Introduction Holi is a festival celebrated by the Hinduism religion Originally known as Holika, Holaka, or Phagwa Annual festival celebrated on the day after the full moon in the Hindu month of Phalguna (early March). Origins & Meanings In the past, it was a special rite performed by married women for the happiness and well-being of their families Raka, the full moon, was also worshiped. It then evolved into an agricultural festival celebrating the arrival of spring. However, the meaning of the festival is believed to have changed over the years. Now, not only does it celebrate the commencement of the spring season (by throwing off the gloom of winter and rejoice in the colors and liveliness of spring), but also commemorates various events in Hindu mythology Time of disregarding social norms, "letting loose." Indulging in general merrymaking. It has evolved to incorporate a great variety of meanings and purposes Most popularly celebrated in the Eastern part of India Legends Although Holi can be said to be the least religious of Hindu holidays, it is incorporated with a great variety of legends behind the birth of the festival. 1) King Hiranyakashyap Evil King Hiranyakashyap wanted everybody in his kingdom to worship only him To his disappointment, his son, Prahlad, became an ardent believer/follow of Vishnu, 1 of 3 major Hindu gods. He forbade his son from this act, but Prahlad continued to do offer prayers to the god. Getting angry with his son, Hiaranyakashyap commanded his sister, Holika, to enter a blazing fire with Prahlad in her lap. His aunt was believed to be immune to fire. Prahlad accepted the challenge and prayed to Vishnu to keep him safe. When the fire started, everyone watched in amazement as Holika was burnt to death, while Prahlad survived without a scar to show for it. Holika was not aware that her power worked only when she enters the fire alone. As a result, she paid a price for her sinister desires, while Prahlad was saved by the grace of the god for his extreme devotion. The festival, therefore, celebrates: The victory of good over evil The triumph of devotion. The burning of Holika is celebrated as Holi. The literal meaning of the word 'Holi' is 'burning'. According to some accounts, Holika begged Prahlad for forgiveness before her demise, and he decreed that she would be remembered every year at Holi 2) Lord Shiva Lord Shiva, another one of the major Hindu gods. Known for his many hours spent in solitude and deep meditation. Madana, the God of love, decided to test Shiva's "resolution abilities" and appeared to Shiva in the form of a beautiful nymph. Shiva recognized Madana and became very angry. In a fit of rage he shot fire out of his third eye and reduced her to ashes. This is sometimes given as the basis of Holi's bonfire. 3) Krishna Young Krishna would complain to his mother, Yashoda, about why Radha, a beautiful, young woman, was so fair while he was so dark. Yashoda advised him to apply colour on Radha's face and see how her complexion would change. In the legends of Krishna, he is know to always play pranks on the gopis or cowgirls. One prank was to throw colored powder all over them. This "prank" is played out during the Holi Festival Reference in Ancient Paintings & Murals The festival of Holi also finds a reference in the sculptures on walls of old temples. Sculpted in a temple at Hampi, shows a joyous scene of Holi. It shows a Prince and his Princess standing beside their maids, waiting with syringes to drench the Royal couple in coloured water. Lots of paintings and murals in the temples of medieval India describe Holi Ex. Painting showing the Maharana, a Great King, with his servants. While the Maharana gives gifts to some people, a merry dance is on, and in the centre, there is a tank filled with colored water. (cc) photo by Metro Centric on Flickr Budapest San Francisco Stockholm (cc) photo by jimmyharris on Flickr (cc) photo by Franco Folini on Flickr Double click to crop it if necessary Place your own picture behind this frame! (cc) photo by Metro Centric on Flickr Important Details 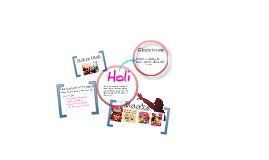 Transcript: Holi in Utah is important too Holi is an ancient festival of India. People welcome spring and celebrate good over evil by throwing colorful paint at eachother. is important Classroom The Legend of Prahlad zoom in, and add details to these Frames is important Holi Key People King Hiranyakashipu His son Prahlad His evil sister Holika The great god Vishnu Books is here Create a display to teach others about Holi Ancient legend showing good over evil 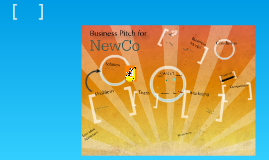 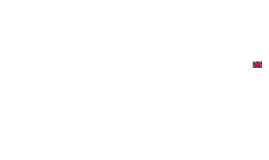 Transcript: Holi Hello :) As fun as Holi sounds, it is very dangerous, celebrators meed to cover their mouths so they don't inhale paint! Hello, doent this kinda look like the ocean with a big pink blob! <--- Even though the festival is alot of fun, celebrators have to over there mouths so that they dont breath in paint! https://encrypted-tbn3.gstatic.com/images?q=tbn:ANd9GcSvaMy2xsCyj5_lVYasqqjfv7dPx7MvRzKdIlXOpif2R-gtxuu17A