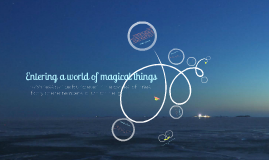 Transcript: Until the very end The boy who lived come to die. Harry James Potter Voldemort's rein is coming to an end, but will it come soon enough? Many lives are lost... Chamber of Secrets A secret society was formed back when you know who was first in power. Dark times...a soon to come again. All were once masters of death, only one may live while the other survives. Entering a world of magical things Order of the Phoenix Sorcerer's Stone Always. The boy who lived because of another. A different path chosen. Half-BLood Prince Who is he? Good or Evil? dark times are ahead. The wand-to defeat your enemies The resurrection stone-to bring back loved ones from the dead The cloak of invisibility-to hide from death Together they make the Deathly Hallows, together they make on the master of death. Tom Riddle manages to enter the castle and open the Chamber of Secrets. Something big is petrifying students. Harry must find the monster and kill it before it kills his friends. Deathly Hallows A young Harry Potter, the boy who lived arrives at Hogwarts a magical school. He finds that his life is in grave danger. Voldemort assumes the second, back, half of stuttering professor Quirrel. Harry finds the stone that has the power of immortality and thwarts the dark lord from achieving it. Neville Longbottom Prisoner of Azkaban happiness can be found even in the darkest of times, if only one remembers to turn on the light Albus Harry Tom Sirius, Harry's godfather was framed and locked away in Azkaban for 12 years, can they prove his innocence in time to save his life? The Master of Death The chosen one....only by chance did the Dark Lord choose him... 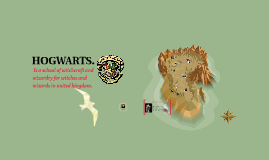 Transcript: Is a school of witchcraft and wizardry for witches and wizards in united kingdom. Room of Requirement: that only appears when a wizard really needs it Great hall ACTORS OF THE FILM "Danger, No Trespassing" The Chamber of Secrets. Belonged to house Ravenclaw and Hufflepuff. Your pets are: A badger, representing perseverance An eagle, representing intelligence Hagrid's hut These charms can be lifted by the Director. Most electronic devices do not work on Hogwarts grounds. Slytherin dungeons. HOGWARTS. However, according to Hermione Granger, is not far from Dufftown We had the opportunity to meet many amazing places in the castle. Like... "Draco nunquam dormiens titillandus" We have not been to the dungeons of Slytherin, because they are only for the students of Slytherin. When We were in Hogwarts... The great lake. Giselle, We deserve to a five. 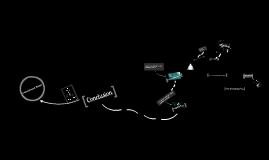 Transcript: In the world of Harry Potter, the Unbreakable Vow is presented as a promise that one wizard makes to another that, if broken, will result in death. Wizards enter into this promise by speaking the words of the specific spell while touching and while a third wizard binds them together with his/her wand. Should the conditions of the promise be broken, the wizard making the promise will die. What is a promise? What constitutes a promise...(according to J.L. Austin) Procedure and utterances People and circumstances must be correct Procedure must be implemented completely and correctly by all parties The Unbreakable Vow as compared to promissory obligations Promissory obligations are "special": -Voluntary -Not owed equally -Similar to an incantation Why do we have a moral obligation to keep a promise? According to Christoph Vanberg: -Directly concerned Commitment Based According to Christoph Vanberg: -Indriectly concerned Guilt Adversion Conclusion Must conduct yourself as though you made the promise Commitment Based The Unbreakable Vow Sincerity 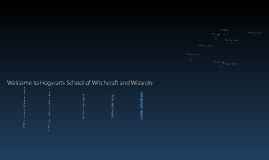 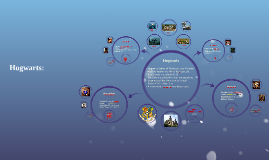 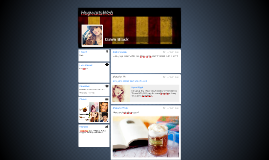 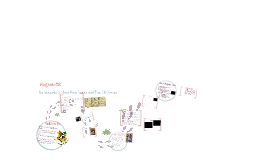 Transcript: The Movie Book Cover Acceptance Letter The Song Three Unforgivable curses The Picture of Hogwarts gives a visual image on how it is a school that is centered on magic and also good vs. evil. Since this picture is dark is gives off a sense of evil magic that exists in the school. The darkness shows the fight to keep the evil magic out but how it still is there. The mystical look Hogwarts gives off also shows how persistent magic is and how it is the main theme. Hogwarts Videos The Novel Hogwarts In the book the students learn the art of magic In this novel Hogwarts becomes a place of knowledge, safety, unity and most important a place of magic The image of Hogwarts is developed throughout the book and creates a home of magic They learn learn spells, potions, how to fly on brooms and much more In the novel Harry defeats Lord Voldemort This is an example of good versus bad because Voldemort is a direct representation of dark magic and Harry is a direct representation of good The supply list is a clear depiction of magic in Hogwarts. It shows what is needed for the students of Hogwarts in order for them to learn all the magic the school has to offer. The supply list consists of : A wand Magical Drafts and Potions by Arsenias Jigger One pair of protective gloves One pointed black hat One Cauldron An owl, cat or toad Magic is clearly seen and portrayed through out the movie by the representation of Hogwarts as a school of Witchcraft and Wizardry. From the beginning to the end, Magic is displayed through every scene. For the students to get to Hogwarts, they have to run through a magical brick wall in order to get to platform 9 3/4. Once they arrive they magically sail across the lack to the entrance of Hogwarts. New students must attend Sorting Ceremony in the Great hall, which determines what house the students will be living in. Students are sorted by the magical Sorting Hat. In the ceremony scene, the ceiling changes, having different themes due to different holidays or seasons. As students walk through the castle, magic is portrayed through the moving staircases, flying spirits, and talking picture frames. Students must take all different classes, where they learn and use magic. Examples- Learning how to fly on a broomstick, making potions, reciting spells. Also throughout the movie, viewers are able to see the fight between Good vs. Evil. The classes these students take are all different types of good and dark magic, which helps them decide what magic to practice in their futures. Throughout the whole movie, Harry faces many evil creatures/enemies, using his good magic against them. Example of creatures- The Three Headed dog, Ogre, Voldemort, etc. The Book cover clearly shows the representation of Magic and the fight between Good vs. Evil. The Unicorn is a source of good magic. Dark Magic is represented through The Dark Forest and Three Headed Dog. Other sources of Magic is represented by "The Snitch", Broomstick, The Castle and Harry Potter's Uniform. By:Shannan O'Mara, Pam Jordan and Toni McGowan Hogwarts is to us, is a representation of Magic and Good vs. Evil Good vs Evil is seen in the first movie, the book, the book cover, the picture, and the three unforgivable curses Magic is seen in all of these sources along with the school song and the supply list Hogwarts Famous Picture of Hogwarts Song that unites the school "So teach us things worth knowing" This line represents the desire to become knowledgeable on the art of magic "Hogwarts, Hogwarts, hoggy warty Hogwarts, Teach us something please, Whether we be old and bald, Or youngwith scabby knees. Our heads could do with filling, With some interesting stuff, For now they're bare and full of air, Dead flies and bits of fluff, So teach us things worth knowing, Bring back what we've forgot, Just do your best, we'll do the rest, And learn until our brains all rot" Three curses that are forbidden to be used because if used by a witch or wizard they will be sent straight to Azkaban These curses are examples of dark magic The three curses: -Imperio curse; this is a curse that causes the victim to preform the unquestioned bidding of the caster >ex. Barty Crouch Jr. in the goblet of fire placed Viktor Krum under this curse -Crucio curse; this inflicts excruciating pain on the recipient of the curse >ex. Lord Voldemort uses this against Harry in the graveyard after the goblet of fire -Avada Kedavra curse; this causes instant death >ex. Lord Voldemort uses this curse against Cedric Diggory in the graveyard after the goblet of fire Hogwarts is a school for Witchcraft and Wizardry. Due to research, we came up with two themes that represents Hogwarts the most. The two themes are Magic and Good vs. Evil. Even though we have never been to Hogwarts, this is how we view it as due to the many different sources.