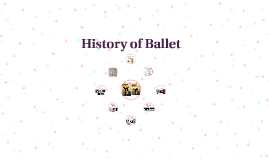 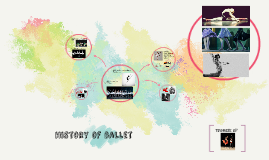 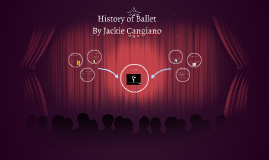 Transcript: Changes in Ballet Moving to France How it all began... * Began in Italy in the 1500's * Toe dancing means to go up on your toes. * Men had small roles. * Performers wore masks, fancy costumes and feathers in their hair * In the 17th century, they took off the masks so that the audience could see their faces. * Costumes become more important * Some ballets are classical like The Nutcracker.. * Some have no story at all... * Some combine different styles of dance with ballet... * Today costumes change to make it go with the music. It changed because... * Skirts became shorter so that the audience could see their feet while dancing. * Dancers danced while musicians played music to entertain wedding guests. * Started in 1800's Ballet Today More Changes in the 1800's * Catherine De Medici brought Italian ballet to France when she married King Henry II. * In 1661, King Louis XLV opened the first ballet school. * Performers wore masks at first. Modern Day Ballet History of Ballet By Jackie Cangiano * Mary Camargo got rid of the heel of her shoe to make it easier to dance in. Toe Dancing or Pointe

Transcript: from 1902-1905 he taught in Poland at the Warsaw State School. Returning to St. Petersburg in 1905, he established a school there Enrico Ceccehitti He was Born June 21 ,1850 in Rome, Italy He died November 13, 1928 at the age of 78 in Milan, Italy He was born in a dressing room in a theatre in Rome His parents initially wanted him to go into business or law Enrico Ceccehitti Sergei was born in november 20 ,1989 in Kherson, Ukrainian At the age of four , he began gymnastics and excelled He is 5'11 His parents are Galina Polunina and Vladimir Polunin Hot Ballet Couple Alert: Natalia Osipova and Sergei Polunin Sergei Polunin Sergei Polunin Enrico Ceccehitti He was hired to perform as Premier Danseur, to be Maitre de Ballet with the Maryinsky Ballet and to teach at the Imperial Ballet School (1887-1902). The Ukrainian-born phenom Sergei Polunin has likewise held audiences and critics are into his explosive talent and seductive demeanor He was a priciple dancer of londons Royal Ballet He was the star dancer in Hozier song Take me to Church which is where most people know him from Which he he thought would be his last dance Ballet History Presentation Sergei Polunin Enrico trained with Giovanni Lepri ,who prepared many accomplished dancers, this training created a background for Enrico While touring Europe ,at the age of 20 he had his a debut on the stage of La Scala in Milan 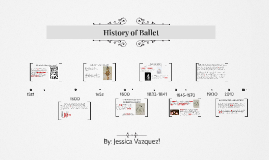 Transcript: Court ballets had predominantly Greek mythology themes and included a combination of dramatic spoken or sung dialog, music, and arranged court dances. 1800 From colonial times through the end of the 19th century, ballet dancers and choreographer found adventure and some even found fortune either through visiting or relocating to the United States. Beginning in colonial times, English theatrical companies toured major eastern coastal cities to perform. By the early 19th century, most cities east of the Mississippi River had an opera house, a theater, other hall for circuses, concerts or theatrical productions. As the boundaries of the United States moved westward, so did theatrical entrepreneurs. 1581 1845-1870 By: Jessica Vazquez! King Louis XIV of France was a dancer, producer of more than 1,000 ballets, and patron of the arts as this picture: Marie Taglioni an Italian dancer who was trained by her father, embodied the ethereal side of romanticism. Her role as the sylph in the La Sylphide (1832) made her a star. Romantic Ballets When Catherine de' Medici moved to France she brought Italian amusements and entertainments. In 1581 the queen commanded Balthasar de Beaujoyeulx, an Italian violinist at court, to produce an extravagant entertainment. Le Ballet-Comique de la Reine, which has since become considered the first ballet. 2010 1653 La Sylphide (1832) Filippo Taglioni choreographed this ballet to showcase his daughter, Marie. It ushered in the era of romantic ballet at the Paris Opera. Giselle (1841) Act I opens in a tiny Gothic village, sometime in the distant past. Giselle, an innocent peasant girl, falls in love with Albrecht, a nobleman disguised as a peasant. Forms of Ballet Entertainment! Ballet at the French Court! Of the many romantic ballets choreographed, only a few survive today. Coppelia (1870) during much of the mid-19th century, Europe was plagued with political upheaval and economic events that brought with it a new sense of reality in people's lives and on the stage, too. The ballet Coppelia acts as a bridge from romantic to classical ballet. 1600 The Pas de Quatre showcased the four divinities of romantic ballet. History of Ballet Romantic Dancers and Choreographers 1900 A CENTURY OF CONTRAST: romanticism to classicism! During the 16th and 17th centuries various forms of ballet entertainment appeared that used the steps from court dances. These amusements at court required large halls or ballrooms for dancing. - Ballet Masquerade - Ballet Pastorale - Ballet Melodramatique - Ballet Comique - Ballet de court BALLET IN THE 20TH CENTURY 1832-1841 Italian Ballet Moves to France! At the turn of the 20th century, classical ballet produced by the Russian Imperial Theatre began to change as the next generations of choreographers and dancers claimed center stage as innovators with new directions. In the first decade of the 20th century, while the Imperial Theatres continued to produce classical ballets, Sergei Diaghilev, an entrepreneur and theater director. Pas de Quatre (1845) the director of His Majesty's Theatre in London persuaded the so-called four divinities of romantic ballet, Marie Taglioni, Carlotta Grisi, Fanny Cerrito, and Lucile Grahn, to perfom in a ballet. Ballet In the United States Before 1900 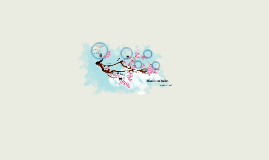 Transcript: Post-it Notes Task 1 Global Society in a Post-Cold War World Google History Learning Site Task 2 Task 4 The fall of the Soviet Union in 1991 ended the bipolar military, political, and economic alignments that had structured life across the globe during the Cold War. In the Post-Cold War world, developing nations across Africa, Asia and the Americas struggled under a crushing burden of international debt, lack of economic development, internecine warfare, and the social impact of infectious diseases like AIDS and malaria. At the end of the first decade of the 21st century, the global community faces profound challenges brought about by climate change, religious violence, and economic uncertainty. About The Post-Cold War World !!! Task 5 In June 1950, the first military action of the Cold War began when the Soviet-backed North Korean People's Army invaded its pro-Western neighbor to the south. Many American officials feared this was the first step in a communist campaign to take over the world and deemed that nonintervention was not an option. The Cold War was waged on political, economic, and propaganda fronts and had only limited recourse to weapons. How Did The Cold War Happen? Task 6 As World War II was ending, the Cold War began. This was to be a long lasting and continuing confrontation between the Soviet Union and the United States, lasting from 1945 to 1989. It was called the Cold War because neither the Soviet Union nor the United States officially declared war on each other. Why was the war called the "Cold War" ? Task 7 Picture of the Cold War Soldiers Task 8 Task 9 The end of the Cold War. When Mikhail Gorbachev assumed the reins of power in the Soviet Union in 1985, no one predicted the revolution he would bring. A dedicated reformer, Gorbachev introduced the policies of glasnost and perestroika to the USSR. In late 1991 the Soviet Union itself dissolved into its component republics. With stunning speed, the Iron Curtain was lifted and the Cold War came to an end. How did the Cold War End ? Task 3 When Ronald Reagan took over the White House, the end of the Cold War not only seemed a very long way off—nobody in fact thought in such terms at the time—but in many respects it actually looked as if the USSR (and not the West) was winning. The Soviet Union had just invaded Afghanistan. Who ended the Cold War? People say that the soldiers in the cold war were fighting because of superpowers because they were the "world's strongest nations". They also said that they've fought the war of ideas. But i think its because the USSR’s dislike of capitalism. They were basically fighting because of the NSSR's beliefs. My Summary of the Cold War World Task 3 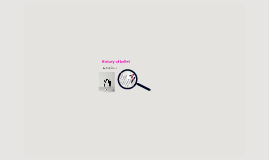