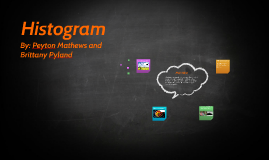 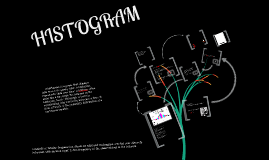 Transcript: HISTOGRAM A histogram is a graph, that displays data from a frequency table. A histogram represents "data over time". A historgr often looks like a bar graph, the columns on the histogram touch ; this graph is best for representing data marked by intervals of time. It is an estimate of the probability distribution of a continuous variable. consists of tabular frequencies, shown as adjacent rectangles, erected over discrete intervals, with an area equal to the frequency of the observations in the interval 1-Title describes the information that is contained in the Histogram 2- Horizontal/ X-axis shows you the scale of values into which the measurements fit. Generally grouped into intervals to help you summarize large data sets. 3-Bars has 2 important characters- Height and Width. the Height represents the number of times the values occurred. The Width represents the length of the interval covered by the bar 4-Vertical/ Y-axis shows you the number of times the values in an interval occurred. 5-Legend provides additional information that documents where the data came from and how the measurements were gathered Thank You for listening attentively :D Blake Kucinski Jake Tecco Hanna Reljin Austin Pettay Ella Foutz a.Count the total number of data points b.Summarize your data on a tally sheet -Identify all different values found in the View graph, organize these values from smallest to largest. -Then make a tally mark next to the value every time that value is present in the data set. -Alternatively, simply count the number of times each value is present in the data set and enter that number next to the value. c.Compute the range = Largest Value- Smallest Value d.Determine the number of intervals e.Compute the interval width f.Determine the Interval Starting Points -Use the smallest data point in your measurements as the starting point of the first interval. The starting point for the second interval is the sum of the smallest data point and the interval width. g.Count number of points in each interval h.Plot the data i.Add title and Legend Relative-uses the same information as a frequency histogram but compares each class interval to the total number of items. Cumulative-counts the cumulative number of observations in all of the bins up to the specified bins History of Histogram PREPARED BY : Karl Pearson He was the first person to present a Histogram Said to be derived from the Greek words “histos” (anything set upright) and “gramma” (drawing, record, writing). How to make conclusions with histograms (¤) 27 March 1857 in London, England (y) 27 April 1936 in Coldharbour, Surrey, England "The Father of the Science Statistics" Relative Frequency and Cumulative Histogram When dealing with large set of measurements presented in a table, you can use a Histogram to organize and display the data. A Histogram will make it easy to see where the majority of values fall in a measurement scale, and how much variation there is. To summarize large data graphically. Compare measurements to specifications Dates of Birth and Death When should we use Histogram? How to constuct a Histogram 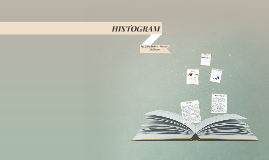 Transcript: By. John Robert ,Yvonne Jefferson Many different types of graphs are available and useful to the improvement of process. Line graph, flow chart, pie chart and bar chart or histogram are one the examples we have. Graphs are useful for presenting data in simple pictorial, that is quickly and easily understood. Graphs serve as powerful communications tools and should be employed liberally in the workplace to describe performance, support analysis, and document the improvement process. What is histogram ? Bar Graph or Histogram Thank You ! SAMPLES Do you have any Questions ? GRAPHS ? A Histogram is a graphic summary of variation in a set of data. It enables us to see patterns that are difficult to see in a simple table of numbers. Can be analyzed to draw conclusions about the data set. A histogram is a graph in which the continuous variable is clustered into categories and the value of each cluster is plotted to give a series of bars as above. The above example reveals the skewed distribution of a set of product measurements that remain nevertheless within specified limits. Without using some form of graphic this kind of problem can be difficult to analyze, recognize or identify. HISTOGRAM 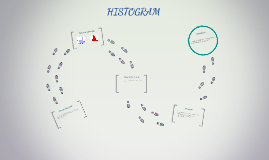 Transcript: For example: Histogram helps us to Therefore... histograms helps us to compare things a lot of things easily and faster What is histogram? when business men wants to analyze how are their business going for comparison of several experimental studies for comparison of monthly financial for survey purposes Histograms looks like work with large data sets that are much harder to analyze It is a diagram consisting of rectangles whose area is proportional to the frequency of a variable and whose width is equal to the class interval HISTOGRAM 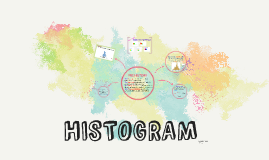 Transcript: Bar Graph VS Histogram Word `histogram’ of Greek origin `histo-s’ = `mast’ (arrangement of spars, erected more or less vertically on the centre-line of a ship or boat.) `gram-ma’ = `something written’ Introduced by Karl Pearson in 1892 for a “common form of graphical representation” 1662: Concept exists at least since then in mortality tables of J. Graunt 1786: Bar charts introduced by W. Playfair to capture Scottish imports/exports 1833: Histograms introduced by A. M. Guerry as discrete approximations to distribution functions 1859: Florence Nightingale used them to compare mortality of soldiers and civilians by: pechot luna Frequency histogram! HISTOGRAMS are a great way to show results of continuous DATA Descriptive HISTOGRAM PRE HISTORY Continous Data (measured) HISTOGRAM DEFINED Let's do the Discrete Data (counted) Reference: Yahnnis Ioannidis -University of Athens, Hellas https://www.mathsisfun.com Numerical It is similar to a Bar Chart, but a histogram groups numbers into ranges And you decide what ranges to use!

Transcript: CHARACTERISTICS Histograms are a great way to show results of continuous data, such as: weight height how much time They are easy to manipulate in order to demonstrate or support a desired conclusion; this is accomplished by using more or fewer bars to reflect the information. HISTOGRAM In a histogram, it is the area of the bar that indicates the frequency of occurrences for each bin. A histogram is most commonly a bar chart, that contains bars of equal width to illustrate a set of information It is a graphic representation of a variable in the shape of bars. A histogram is designed to provide quick apprehension of many kinds of information, including the mean, minimum and maximum values of the information plotted on the chart. It is similar to a Bar Chart, but a histogram groups numbers into ranges. add logo here 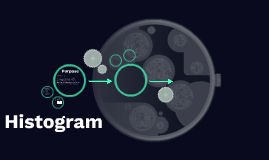 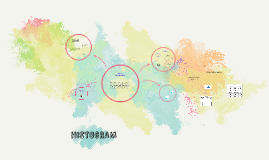