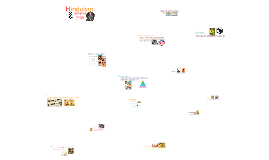 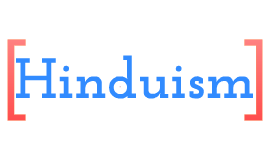 Transcript: Symbol The Region How some countries feel about wearing veils known as Aum or Om Sounds like a deep meditation said to be the name most suited for god 3rd most popular 750 million followers Hinduism Symbol God Hanuman 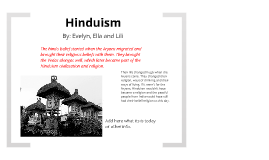 Transcript: By: Evelyn, Ella and Lili Add here what its is today or other info. Hinduism The hindu belief started when the Aryans migrated and brought their religious beliefs with them. They brought the Vedas alongas well, which later became part of the Hinduism civilazation and religion. Their life changed hugly when the Aryans came. They changed their religion, ways of thinking and their ways of living. If it wern't for the Aryans, Hinduism wouldn't have became a religion and the peacful people from India would have still had their belief/religion to this day. 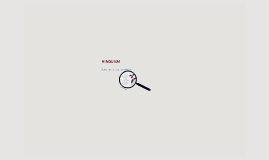 Transcript: What is Hinduism? Hinduism is a very diverse nature that wasn't founded by one person. The practices of this culture were found over thousands of years that suits its culture. Hinduism was most likely made by two groups of people the Indus Valley Civilization and the arrival of the Aryans. A closer look at what Hinduism is... Hinduism was founded HINDUISM Where was it founded? 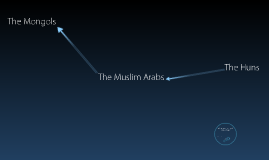 Transcript: Hinduism What Series of Invaders made their mark on India The Persians under king Darius I in 522 B.C The Mauryan Empire A few short years after Alexander the Great's Army had left India came under the control of Chandragupta Maurya, a prince, who established the Mauryan Empire except for its southern tip. Only Part not conqured The grandson to Chandragupta Maurya , Asoka, became king and changed India. He converted them into Buddhists but due to the fact that the vedas being printed Hinduism came back. After his death The Mauyan Empire fell. What invasions came after the Mauryan Empire? The Huns The Muslim Arabs The Mongols The muslims tried to stamp out by burning temples and persecuting the Indian People. But Hinduism survived The British East India Company They seized control of most of India subcontinent in the 1750's this was made possible due to the weakness of the Mogul ruler and the fueds between rival Indian Princes They fell in 1858 Ghandi the Pacifist Indians were bot happy under the English rule.They made a movement demanding self-government thet emerged in the 1920's and 1930's. It was led by Ghandi Ghandi became to be known Mahatma which means the "Great Soul". He encouaged non-violence as means in obtaining India Independence. His method included fasting and boycotting of english Goods. He was arrested many times but after struggling Britain granted India its independence in 1947 Most Recent event in India After the fall of the British East India Company the British Crown Took Over But even under the British rule India thrived. They built roads,bridges,railroads, and schools. Also, agriculture was improved 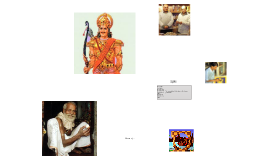 Transcript: Hinduism First are the Shudra. Their job is to render service to others, take pride in their work and to be loyal, follow general moral principles, and marry (the only compulsory rite of passage). Second are the Vaishyas. Their job is to protect animals & the land, create wealth and prosperity, maintain workers with abundant food, clothes, etc, trade ethically, give taxes to the kshatriyas (ruling class). The 3rd varna is the kshatriyas are the nobility, the protectors of society. They have to, protect the citizens from harm, especially women, children, cows, brahmanas, and the elderly. To ensure that the citizens perform their prescribed duties and advance spiritually. To be the first into battle and never to flee the battlefield. To be true to their royal word, never refuse a challenge, develop noble qualities such as power, chivalry, and generosity. To levy taxes (from the vaishyas only) and to never accept charity under any circumstances. To take counsel, especially from the brahmanas, know the scriptures, especially the artha-shastras. To deal uncompromisingly with crime and lawlessness. To take responsibility for shortcomings in their kingdom. To conquer their own minds and senses and to enjoy only according to scriptural injunction. And to beget an heir. The last varna is the brahmanas. They provide education and spiritual leadership. They determine the vision and values of any society. Their job is to study and teach the Vedas, to perform sacrifice and religious ceremonies, and teach others how to perform such rituals, to accept alms and also give in charity, to offer guidance, especially to the kshatriyas, to provide medical care and general advice free of charge, to know Brahman (spirit, the self, God), to never accept paid employment, and to develop all ideal qualities, especially honesty, integrity, cleanliness, purity, austerity, knowledge and wisdom. Made by.. They are regulated by the system of the 4 varnas (social classes) Every Hindu must follow general moral codes but each has individual duties according to his or her own nature. by BJ Herring 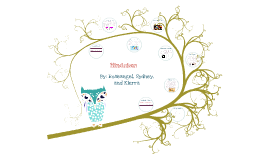 Transcript: -The Holy Vedas compose of four religious texts which are the Rig Veda, the Yajur Veda, the Sama Veda and the Atharva Veda. -The Rig Veda contains 1028 hymns to various gods which a priest recited loudly during a sacrifice to attract the god's attention to it. -The Yajur Veda contains mantras and other instructions for the priest(s) who actually perform the sacrifice. -The Sama Veda adapts mantras and verses from the Rig Veda to music which is then sung during the sacrifice. -The Atharva Veda consists of spells and charms prevalent at its time, and portrays a clearer picture of the Vedic society. -The three-in-one god known as “Brahman,” which is composed of: Brahma (the creator), Vishnu (the Preserver), and Shiva (the Destroyer). -The Caste System is their social structure. -Karma which is the law that good begets good, and bad begets bad. -Reincarnation; with good karma, a person can be reborn into a higher caste, or even to godhood. Bad karma can relegate one to a lower caste, or even to life as an animal in their next life. -Nirvana is the release of the soul from the seemingly endless cycle of rebirths. -Hindus believe that existence is a cycle of birth, death, and rebirth, governed by Karma. Some other places that practice Hinduism is Bangladesh, Sri Lanka, Pakistan, the United States, Great Britain, Malaysia, Trinidad, Tobago, Nepal, Burma, Bhutan, Mauritius, Hong Kong, Australia, Canada, New Zealand, and UK. Places that still practice Hinduism: How the religion Changed: -Hinduism did not really change over time because writers often refer to Hinduism as 'a way of life' or 'a family of religions' rather than a single religion. -Hinduism is the oldest living religion. Hinduism is the religion of the majority of people in India and Nepal. -It is also closely associated with the other Indian religions Jainism, Buddhism and Sikhism. -Hinduism has no single founder, no single scripture, and no commonly agreed set of teachings. -Hinduism is polytheistic. Religions of the World - Hinduism -Hinduism is believed to have started in India. It spread to South East Asia when the emperor designated people as missionaries and they began to travel east. -Also if you were born in India you were automatically considered to be Hindu, but because Hinduism is one of the three original religions it spread quite rapidly Basic Beliefs: Religious Text: By: Roseangel, Sydney, and Kierra Hinduism -Buddhism re-evaluated the importance of enlightenment over veneration of the gods. -Jainism helped lead it away from animal sacrifice and the consumption of meat. http://www.youtube.com/watch?feature=player_detailpage&v=jesIqlDkKdY#t=4s Youtube Video Turning Point For Hindus: http://www.asia.si.edu/pujaonline/puja/basic_beliefs.html Resources: History Of Hinduism: http://www.bbc.co.uk/religion/religions/hinduism/ Religion spread from one place to another: