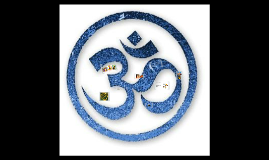 Transcript: Hindu The birth place India Gods Vishnu Brahma Shiva It is the dominant religion of India, around 85% of the over one billion persons living in India are known to be Hindus. Place of worship What they believe Just like Christians have Jesus, Hindus have Gurus and Sages How long its been around Thier purpose in life is to reach salvation. what is it? It is a way of life or Religion that has been since around 1500bc. That we know of. The three-in-one god know as "Brahma Cast system Karma Reincarnation Nirvana temple or home shrine 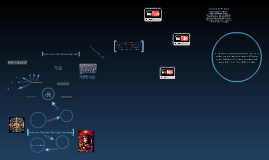 Transcript: Hinduism: The Path Through Knowledge Called “jnana yoga”, jnana meaning knowledge Shortest, most powerful path Intended for the reflective and most intellectual and intelligent Knowledge of Brahman and Atman and the realization of their unity Four Methods to Salvation Discrimination: the skill to differentiate between the real and unreal, the eternal and the transient Longing: this means a deep longing for salvation Mind control: tranquility, being at peace with the mind, can be found through meditation, prayer, and yoga Sense control: ability to control your senses and resist temptations Renunciation of needless activities: rejecting activities and ideas that complicate your journey to salvation Endurance Faith Perfect concentration: focus Why Salvation? Objective to God(s) Justice and freedom Obtain peace and tranquility Wholeness and health More faith Sounds a lot like Christianity, right? Absolutely. Here's why.. Like Christians, Hinduism has a similar view on reaching salvation, an ultimate level of peace and moral behaviors where we can be one with our God(s). Even though we all have diffferent beliefs, ultimate happiness and peace is a common factor in all religions. In Biblical terms, salvation means ultimate redemption from sin and reconciliation to God. Like Hinduism, all sin is forgiven once one reaches salvation, and those are left with peace. In this aspect, Hinduism and Christianity are a lot alike. So how does this link to our lives today? In our everyday lives, we try to reach salvation. Different instances either help us on our journey to salvation or impair us and hold us back. Brutality in Egypt Westboro Baptist Church Seven-year-old for Haiti Subaru gives back Subaru is donating $5 million to 5 chairities, including animal cruelty prevention (ASPCA), youth mentoring (Big Brothers Big Sisters), and environmental protection (Habitat for Humanity, Meals on Wheels, and Ocean Conservancy). It is known as the "Share the Love" campaign. All of these current events either help us or hinder the journey to salvation. Whether one is Hindu or Christian, salvation and peace with his or her God(s) is ideal. Dispassion: the ability to detach oneself from the temporary and unessential Six virtues: these are mind control, sense control, renunciation of needless activities, endurance, faith and perfect concentration 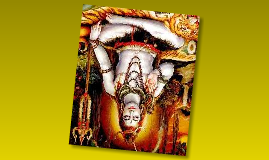 Transcript: gods of the hindus The god of shiva was known to the hindus as both good and evil because hindus belive that he destroyes the world in order to recreate it shiva is third of the principle gods hindu 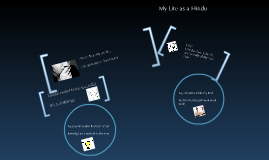 Transcript: My Life as a Hindu When I finsh my studies I go lay in my bed and think Why? Why do I have to be the one to study all day non-stop I mean i want to be succesful It's a challenge My parents realize that I am smart But why I am I pushed to the max My calculator is like my iPod No time for fun just work work work 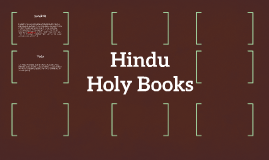 Transcript: Sanskrit is the sacred language of Hinduism. It is also the philosophical language if Hinduism, Buddhism and Jainism. Sanskrit forms the basis for most of India's languages . Although only 14, 000 people speak it, it is the official language of Uttarkhand - a state in India. Sanskrit is a very important language in Hinduism because all scriptures are written, or derived from, it. Sanskrit Hindu Holy Books The Vedas are a large body of texts that consists hymns, formulas, spells, charms and incantations. Hindus consider the Vedas as a godly scripture, and it was not revealed by 'human agency'. Veda