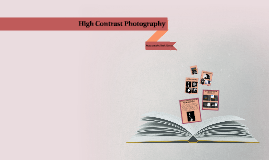 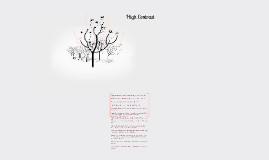 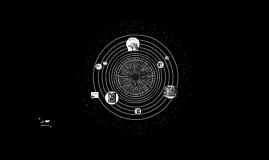 Transcript: Challenge: To create a high-contrast, value focused, artwork. Students will use black paper, and white drawing medias to create this artwork. Pick an ordinary object/view as your subject. Artist in Focus: Vermeer High Contrast & Value What everyday, ordinary scene/object can I show in an artistic (extraordinary) way? Remember drawing techniques and values within those techniques! How to take the ordinary into extraordinary.... Focus on lights, and lighter values. We have always emphasized on darks, so we need to reverse our brains, and focus on highlights and medium tones. Think: add logo here 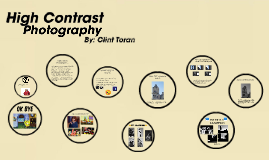 Transcript: now, you should get something like this. it should have varying gray tones. The least amount of gray and more B&W there is the better and closer to High Contrast it's going to be :^) An image with high contrast will exhibit a full range of tones from black to white, with dark shadows and bright highlights. If you shoot in bright sunlight, you'll produce images that are 'contrasty'. Typically, high contrast images will enjoy strong, bold colours and textures will be emphasised. You might think of them as being deep and interesting. ANY QUESTIONS???? now, notice how this photo isn't too bright but not dim either. photos with lighting similar or a little higher than this is perfect for high contrast :^) mymodernmet.com What is High Contrast Photography? Now, Pick a photo to Edit it. n And now, the finished product INTERNET EXAMPLES WHAT YOU'LL NEED High Contrast Photography is... natesigmon.wordpress.com A Camera (DSLR or Film) A Subject/Scene Sunlight or semi-bright area Photoshop or Darkrooom Play around with the levels and other tones of the photo OK BYE Gabriele Croppi's Metaphysics of the Urban Landscape with photoshop teehee :) try and limit the color and tone palette because High contrast is basicaly extreme black and white 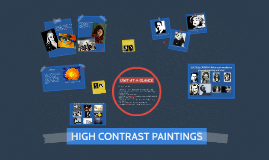 Transcript: An artist can employ contrast as a tool, to direct the viewer's attention to a particular point of interest within the piece THINKING ABOUT ART Can have almost very little tonal value UNIT-AT-A-GLANCE What do all these images have in common? HIGH CONTRAST PAINTINGS THE CREATIVE CHALLENGE 1. What does contrast in artwork mean? 2. What elements of art can artists contrast in their compositions? 3. Why do artists choose to use contrast in their artwork? A black background provides the most contrast Orange and blue are opposite on the colour wheel Your creative challenge is to create a high contrast portrait using only black and white acrylic paint. The portrait can be of anyone you desire; someone you admire, someone you love dearly, someone you aspire to be like, etc. the person is of your choice In this unit, you will: 1. Attend a seminar to understand the expectations of the high contrast portrait as well as, review contemporary examples of high contrast imagery 2. Choose a portrait of someone 3. Use Photoshop to posterize image and change into black and white (or just change the contrast) 4. Attend a workshop on how to paint tonal value in objects using acrylic paint 5. Paint portrait in black and white using acrylic paint 6. Complete artiist statement on the process of your work CONTRAST SUCCESS CRITERIA: What mark would you give each painting and why? The tones white and black provide the greatest degree of contrast. Complementary colours also highly contrast with one another Contrast is a principle of art. When defining it, art experts refer to the arrangement of opposite elements (light vs. dark, rough vs. smooth textures, large vs. small shapes) in an art piece to create visual interest, excitement and drama. Can have a few levels of tonal value