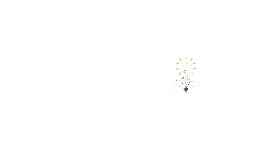 Transcript: Hieroglyphics www.historyforkids.org/learn/egypt Hieroglyphics mean "sacred drawings" in Greek. Hieroglyphics are drawings of familiar objects. www.virtual-egypt.com/ Hieroglyphs were first used 5000 years ago. In 1822, a French Egyptologist named Jean Francois Champollion figured out how to decipher hieroglyphs using the Rosetta Stone. www.ancient-egypt.org/index.html In 396 A.D. , the last hieroglyph text was written on the walls of the Temple of Isis. www.egypt.mrdonn.org Scribes did the actual writing of hieroglyphs. The Rosetta Stone is on display at the British Museum in London. www.woodlands-junior.kent.sch.uk/Homework/Egypt.html Egyptians did not use vowels or punctuation. There are more than 700 hieroglyphs. Conclusion Hieroglyphs were the picture writings of the Ancient Egyptians. Hieroglyphics is the basis for two other types of writing - Hieratic and Demotic. http://www.bing.com/images/search?q=hieroglyphics&view=detail&id=2C980B2A711AA7897122FF5138AF3DA03F3511C0&first=1 http://www.bing.com/images/search?q=hieroglyphics&view=detail&id=D0E82A8050F163B3F4490D3A58A6B5B994498997&first=36 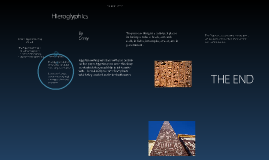 Transcript: Hieroglyphics By Corey October 2010 What Is Egyptian Writing Called? The Egyptian writing is called hieroglyphics. hiero meaning holy glyphe meaning writing Interesting Facts The Egyptians did not write vowels and did not us any punctuation. Just to confuse you sometimes they read hieroglyphs from top to bottom. Egyptian writing was done with pen and ink on fine paper.Egyptian pens were thin sharp reeds which they would dip in ink to write with. The ink and pen came from plants which they crushed and mixed with water. They used writing in a variety of places including scrube schools, on tomb walls, in fields, in temples, at war, and in government. The Egypians alaso carved hieroglyphs on to stone and painted them on the walls of the tombs. THE EN D 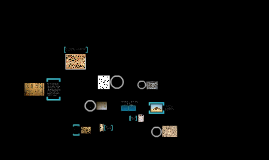 Transcript: Hieroglyphics Hieroglyphics were used not only for economic reasons like cuneiform. Early Egyptian hieroglyphs were created for economic trade recording, calendrics, politcal and environmental recording and largely for religous intentions. The ancient Egyptian language,Hieroglyphics, changed the means by which we communicate. It introduced the visual aspect of language. Since hieroglyphics were very time consuming to create, the Egyptians developed a simpler, cursive language called hieratic. The First Written Language Hierogylphics consisted of pictograms and ideograms that depicted events, ideas, and feelings of life. This novel discovery Changed language from just sounds to now include shapes. Cuneiform is commonly considered as the first written language, but because of it's abstract and underdeveloped structure it shouldn't be. Megan Robinson Soham Bose Amy Stewart Tyler Walker Hayley Drosky The Egyptian Hieroglyphics were much more developed than the Wedge-Shaped script, cuneiform. The Semantic workers in Egypt created the first alphabet, made up of 22 Hieroglphs, to communicate economically. The Egyptians considered their "sacred writings" to be a gift from the gods. This gift of language was in the form of pictures and images. Hieroglyphics were created and used in early 3000BC by the upper-class, royalty and priests. They told stories and recorded the rich history of ancient Egypt. Hieroglyphics set the basis for a numerous oral languages, including Greco-Roman, Arabic, Hebrew, and a various amount of other eastern African languages. Egyptian Hieroglphics should be considered the first wriiten language because of it's diverse use, development of the first alphabet, creation of a usable system, and effect on the spread of written languages. English 1102 Georgia Tech February 16, 2011 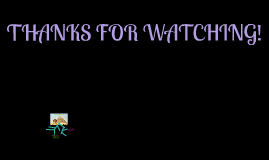 Transcript: There are two steps in mummification:enbalming and wrapping. EMBALMING: One of the embalmer's men makes a cut in the left side of the body and removes many of the internal organs. It is important to remove these because they are the first part of the body to decompose. The liver, lungs, stomach and intestines are washed and packed in natron which will dry them out. The heart is not taken out of the body because it is the centre of intelligence and feeling and the man will need it in the afterlife. A long hook is used to smash the brain and pull it out through the nose. The Tombs: The mummified bodies would be placed deep in a set of confusing tunnels, to try to keep the body away from tomb robbers. They would be buried with everything needed for the after life including various rooms, such as bathrooms. Pharaohs: Pharaohs ran the cities. They were looked at as more than human: as gods. Many spent their lives trying to come up with the perfect tomb designs: the pyramids. THANKS FOR WATCHING! The Egyptian Culture Hieroglyphics: Egyptian heiroglyphics were the formal writing ways of Egyptian times. They combined art forms with sounds to allow Egyptians to record tales, and history. Hieroglyphics talked a lot about pharaohs and the rulers of Egypt. Mummification Process 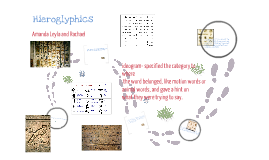 Transcript: Hieroglyphics are divided into two different groups, phonograms and ideograms. Phonograms represent sounds of single constants and combined constants. ideogram- specified the category to where the word belonged, like motion words or animal words, and gave a hint on what they were trying to say. The egyptians didnt always write left to right or right to left(though they did use both ways alot) the also stacked things on top of the other. Its a writing system used by the Egyptians. There are no spaces or punctuation. There are over 700 hieroglyphics in the Egyptian alphabet. Some hieroglyphs represented words instead of each individual letters. This is the alphabet. Amanda Leyla and Rachael Hieroglyphics Many scholars believe that hieroglyphics came into existence after the Sumerian scripts. 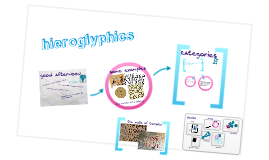 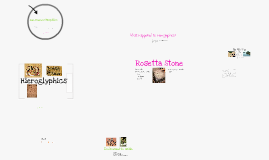 Transcript: One of the first forms of official writing Made up of symbols Sometimes words other times only syllables No vowels Hard to read How do hieroglyphics affect modern day humans? Modern day languages Use syllables and vowels Are inspired by hieroglyphics To learn about history Helped solve mysteries of ancient times Hieroglyphics were recordings of Taxes Ceremonies Achievements of pharoahs Rosetta Stone The Discoverer French Researcher Deciphered Hieroglyphics Used a technique called finding repetition When words repeated in greek script Looked for words in hieroglypic script Tools used to write Thoth Etyptians were religious Believed in many gods Scribe god Thoth Ibis head Ibis bill shaped like pen Often shown with scribe The Nile River Where Egypt flourished Helped Egypt greatly •Water to drink •Trade and travel route •Fish •Reeds to make pen and papyrus •Fertile soil More Websites: •http://find.galegroup.com/srcx/retrieve.do?sgHitCountType=None&sort=Relevance&prodId=SRC-4&tabID=T001&subjectParam=Locale%2528en%252C%252C%2529%253AFQE%253D%2528su%252CNone%252C13%2529hieroglyphics%2524&resultListType=RESULT_LIST&searchId=R1&displaySubject=&searchType=BasicSearchForm&currentPosition=1&qrySerId=Locale%28en%2C%2C%29%3AFQE%3D%28SU%2CNone%2C13%29hieroglyphics%24&subjectAction=DISPLAY_SUBJECTS&inPS=true&userGroupName=springfieldtwpms&sgCurrentPosition=0&contentSet=GSRC&docId=EJ2173150014&docType=GSRC Works Consulted Papyrus A pen made of reeds Ink of water and pigment Case of wood to hold pen and pigment after greek took over hieroglyphics not used replaced by greek Hieroglyphics What Happened to Hieroglyphics? A stone tablet with three kinds of writing Greek Hieroglyphics Demotic Found by army of Napoleon 1799 Jean Francoi Champollion