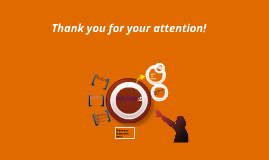 Transcript: (HE) IS THE SYMBOL Classifiacation:Metal origian of name from the greek word helios (SUN) Discovered by Sir Willom Ramsay in 1895 Interesting facts: 1) helium Atonic weight is 4.00260. 2) heluims is mixed with oxygen. 3) heluim is cool Thank you Muhtasem zahra :D Atomic mass: 4.003 number of Protans is 2 and the number of Neutrons are 2 and the of Electrons is also 2. HELIUM ATOMIC NUMBER: 2 Thank you for your attention! 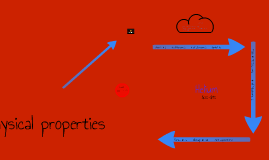 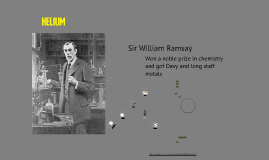 Transcript: Sir William Ramsay * Born in glasgow on october 2 1852 *colorless, odorless, tasteless gas Scottish chemist who discovered noble gases * Has two valence electrons *Lighter then air \ *1895 invented clevite and mixed with other gases to make helium and sent examples of gas to scientists Lockyer and sir William Crooker Won a noble prize in chemistry and got Davy and long staff metals http://education.jlab.org/itselemental/ele002.html *melting point- -458 degrees F Boiling boint- _552.07 degrees F Phase at room temp.- gas Element: nonmetal, noble gas http://www.nndb.com/people/490/000099193/ * * in group 18 because its a noble gas and doesnt react with other chemicals and period 1 because its less reactive so its at the top and because of its atomic structure and as you go down the periods their protons and neutrons increase HELIUM * http://www.knowledgedoor.com/2/elements_handbook/helium.html *Discovered on the sun before earth http://chemistry.about.com/od/elementfacts/ig/Atom-Diagrams/Helium-Atom.-dr4.htm *Inert gas and doesn't easily mix with other elements *Made up of about 0.0005% of earths atmosphere *Second most abundant element *a helium atom has two protons and neutrons in the nucleus http://www.balloonheliumtank.com/disposable-helium-tank-3/ *used for inflatings blimps, scientific baloons, and party balloons http://education.jlab.org/itselemental/ele002.html *should be located in period 1 group 18 * William ramsay http://www.partylaneinc.com/id71.html http://en.wikipedia.org/wiki/William_Ramsay http://education.jlab.org/itselemental/ele002.html Helium atom * 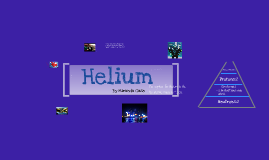 Transcript: Helium's atomic number is 2. The symbol for Helium is He. Its atomic mass is 4.003. Atomic Structure Protons:2 Electrons:2 2 in first and only shell. Neutrons:2 Helium was first detected during a solar eclipse in 1868. It was discovered by Sir William Ramsey in 1895, and Norman Lockyer and English chemist Edward Frankland named the element. Helium is a colorless and odorless gas in its purest form, but is the most stable out of all the elements. Helium is found in natural gas resevoirs, like those in the Rocky Mountain regions. It is the second most abundant element in the universe. Since Helium is lighter than air, things such as airships and balloons can be filled with it. Helium is also added to oxygen tanks that deep sea divers use so that they can breath more easily. Helium is also used in some neon signs... But only in the orange ones. Does helium really change your voice? Helium doesn't change your voice, but since it is much lighter than air, sound waves travel faster to our ears, making the voice sound higher. Helium is actually dangerous to breath in, and can cause or lungs to expand over their limit. The End(: By Miranda Case Helium 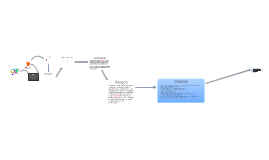 Transcript: History Helium is a noble gas; it has an atomic mass of 4.0026 It consists of 2 protons and 2 neutrons. Unlike any other element, helium will remain liquid down to absolute zero at normal pressures. This is a direct effect of quantum mechanics: specifically, the zero point energy of the system is too high to allow freezing. Its boiling point is 4.2K Its critical temperature is 5.2K Helium is tasteless, odorless, colorless, normally nontoxic, and the second most abundant element in existence. Normally found in the sun. It launches rockets, cools nuclear reactors, lifts weather balloons, and treats asthmatics. Helium is the first of the Noble Gases. It is very non-reactive. So much so, that it doesn't form compounds with anything. Just like neon and argon, helium just floats around all by itself. It is non-reactive because it's shell is full. Helium only has one atomic shell, which fills up when it has two electrons. Appearance and common uses for Helium Helium in its pure form Bibliography As with any gas with differing density from air, inhaling a small volume of helium temporarily changes the timbre and quality of the human voice. Helium does not provide any nourishment to the organs or the brain, and the brain can only manage five or six seconds deprivation from vital oxygen before unconsciousness occurs. If you inhale to much it will fill your lungs and deprive you brain of oxygen causing unconsciousness. Compounds Jordan Griffin The lighter of the noble gases, was the first to be discovered. In fact, this element was first identified in the Sun rather than in the Earth. In 1868, during a solar eclipse in India. http://nautilus.fis.uc.pt/st2.5/scenes-e/elem/e00210.html http://www.ptable.com/ http://0.tqn.com/d/chemistry/1/7/w/2/1/helium-atom.jpg http://www.chemmybear.com/helium.html http://www.chem4kids.com/files/elements/002_comps.html] http://en.wikipedia.org/wiki/Helium www.dictionary.com To get Helium in its pure form you have to chill it to -265 C. Everything will liquefy or freeze, except the helium which will remain gaseous. Helium Critical Temperature- The temperature above which a gas cannot be liquefied; the temperature above which a substance cannot exhibit distinct gas and liquid phases. Proton- Positive charge in the nucleus Neutron- Does not have a charge but is slightly larger than a proton Electron- Has virtually no mass and a negative charge in the electron cloud Asthmatics- A person suffering from asthma Absolute zero- 0K where no atoms move Minimum melting pressure- The minimum pressure at which an element melts Deprivation- The damaging lack of material benefits considered to be basic necessities in a society Gaseous- Of, relating to, or having the characteristics of a gas Noble gas- A group of chemical elements with very similar properties: under standard conditions, they are all odorless, colorless, monatomic gases, with very low chemical reactivity Block two Dangers Glossary Green- Neutron Yellow- Electron Red- Proton Period 1 Class 18 Properties of Liquid Helium Helium-4 Helium-3 Critical temperature: 5.2K Boiling point: 4.2K Melting Point: .095K Minimum melting pressure: 25 atm 29 atm at 0.3K Superfluid transition temperature at saturated vapor pressure: 2.17 K 1 mK in zero magnetic field 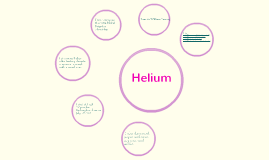 Transcript: I discovered helium after treating cleveite, a uranium mineral, with mineral acids. I am Sir William Ramsay. I was awarded the 1904 Nobel Prize for chemistry. Helium I also discovered argon and neon, krypton, and xenon. Sites- http://www.webelements.com/ http://www.nobelprize.org http://shutterstock.com http://science.howstuffworks.com I died at High Wycombe, Buckinghamshire, on July 23, 1916. 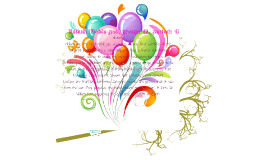 Transcript: Helium can be used to cool superconducting magnets in MRI scanners. It is lighter than air, so it is used in airships and balloons to gain lift. It can be used to condense hydrogen and oxygen to make rocket fuel. It can be added to oxygen tanks so divers can breathe more easily. It can also be used in helium-neon lasers which are used to read barcodes. -Discovered by Sir William Ramsy. -At first it was thought to be a metal. -Lighter than air. -1/4 of the universe is made up of Helium atoms. -It is used to treat asthma. -It is formed underground. -Most abundant element. -Non-flamable. -Never freezes. -Non-toxic. Other interesting facts: Chemical and Physical Properties: History: Helium was the first noble gas discovered. It was first identified in the sun, not Earth. During a solar eclipse in India, a french astronomer Janssen decided to study the hydrogen characteristic stripes (chromospheres spectrum) and the origin of a yellow stripe thought to be Sodium. He tried to reproduce it from ordinary light. He discovered that the yellow stripe wasn't Sodium, but probably a new element. Lockyer and Frankland confirmed Janssen's results and proved that it was from the sun. They proposed the name "Helium" meaning "sun". In 1895 Sir William Ramsay proved the existance of Helium on Earth. Helium (Noble gas, group: 18, period: 1) What is it used for? Atomic Number: 2 Atomic Wieght: 4.002602 Melting Point: 0.95K Boiling Point: -4.22K Density: 0.0001785 g/cm3 Phase at Room Temp.: gas Element Classification: non-metal Period: 1 Group: 18 Group Name: Noble Gas