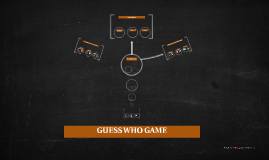 Transcript: Her hair is black. Is he shy? Is she outgoing? Pro What does she/he look like ? How old is he/she? Conclusion He has short hair. How long is her/his hair? REMEMBER THE QUESTIONS Con Describe the next steps Yes, she does. REMEMBER YES/NO QUESTIONS Is she pretty? Is he handsome? Idea 2 Pro Pro He is young. She has long hair. Yes, she is. Yes, she is. Con Does she wear glasses? She is quite short. What color is her/his hair? He is young, tall and well built. He is very handsome. Refer back to the pros and cons Idea 1 He is very tall. 1.- Go to page 15 in your English moduls. Are they sad? Is she happy? Example No, he is not. Describe the idea you think is best No, she is not GUESS WHO GAME ACTIVITY Nº1 How tall is she/he? He is old. The teacher will show 3 persons. But she is thinking about only 1. Ask questions to discover the person. Explain how it will help He has red hair. No, they are not. Describe the current situation Based on Jim Harvey's speech structures Yes, he is. Con 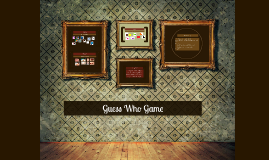 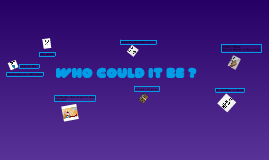 Transcript: He/she has chewed gum in class before!!! He/she is a 7th grader He/she likes to skate!! He/She "thinks" they are allergic to dirty water!! False: He/she Likes school. play guitar. Quiet and shy. Like hanging out with friends Who could It Be ? 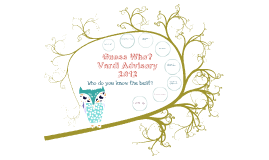 Transcript: Kyle Hahn Ashlyn Perri I have been in 12 musicals. Caroline I have been to 7 different countries. I don't like dying. My little sister is taller than me. Micah I am part Puerto Rican. Arman Who do you know the best? Guess Who? Vardi Advisory 2012 Abby I play football. I play xbox in my sparetime. DANNI I have 2 houses. 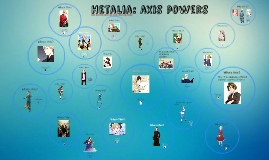 Transcript: It's Austria! Who's this? Prussia is Germany's older brother. He is very conceited and loves war. He has a crush on Hungary, but was brought to tears when he heard she and Austria were married. He also claims it's fun to be alone. He also claimed that "existence became too lame for him" since he isn't considered a nation anymore It's Italy!! Who's This? Italy is a cheerful, energetic man, who although being the kin of Ancient Rome, is an irresponsible crybaby. He loves pasta, pizza, gelato, and cheese. Although he relies on Germany a lot, Italy doesn't really listen to what he says and instead daydreams or wanders off. Due to the fact that he isn't considered an actual nation, none of the others take him very seriously. However, Sealand believes that someday he will become a huge empire that even his brother will bow down to. Who is this? It's Liechtenstein! He's South Italy! It's Norway! Who's This? Germany is a tough, too serious, and efficient man who always abides by the rules and is "weak to them". He is Prussia's little brother and has to deal with Italy and his unbearable boss. A large, yet childlike nation, Russia seems pure at heart and simplistic, but hides a cruelty much like a young child. He's shy and unsociable among people he doesn't consider friends. He also enjoys arguments among the nations to see their reactions. He appears relatively cool and composed on the surface, but is warmer and passionate ("hot-blooded") deep down. Due to his recent financial problems, Russia has been helping him. Though Iceland is treated kindly by him, he can't help but feel suspicious.He seems to be embarrassed and annoyed when the other Nordics pester him to call Norway "Onii-chan," saying that he would rather have originated from a tribe of native peoples, as opposed to being his younger brother People think France is annoying, gross, and a bit creepy. He can be a nice big brother but can be a bit like a stalker at other times. He just wants the other people around him to be happy. Who's This? He's Spain! Japan is shy, quiet,and hard-working man that needs to adjust to other people. He is curious and learns from other countries. Norway is a quiet and mysterious man of few words and expressions, and is reclusive from the everyday world. Many pair him up with Denmark because of their close relationship since childhood. The ship is called DenNor. She is described as being, a reliable older sister type, the manliest character in the series, and being very scary when angered.In an older profile, she was said to be introverted, but a hard worker behind the scenes. He's Russia! Finland is described as being simplistic, gentle, and honest, as well seeming rather adult-like.Estonia, a friend of his, described him as worrying a lot but with a strong core. He is calm but serious and hard-working. He is said to show "great physical strength" during fires and is abnormally strong against the cold.He's mine so back off. He's England! Who's This? Who's This? HEtalia: axis powers Who's this? He's Ze Awesome Prussia! It's Finland!(Hands off) Who's This? Who's this? Who's This? Sweden was once a viking and the "Conqueror Of The Baltic Sea", but now stands neutral in military matters; he has calmed down and currently puts his strength into welfare. He is silent and difficult to understand; his taciturnity is due to the fact that he was born in a cold area. Deep down, he is actually quite playful, but it's rarely shown because of his intimidating aura. Who's This? T'S LIKE THE LIKE TOTALLY FABULOUS POLAND! he'S aMERICA It's Switzerland! Spain is a cheerful nation with a mysterious aura of light in darkness. He is fond of children and considers the Italy brothers his own children. He is a cheerful, somewhat selfish man who is rather forceful with his opinions. Because he is short-sighted and impulsive, other nations can easily take advantage of him. He's France....Yay. It's China! AIYAH! It's Denmark!! It's Hungary! Who's This? Who's This? Who's This? Who's This? He is described as a well-spoken, young master type. He gives higher priority to his hobbies than his work, and is more optimistic, easygoing, and quiet in comparison to Germany who is more serious and work-oriented. His interests are art, music (the piano in particular), and cake. In the first drama CD, it is revealed he is not an outdoors person and is afraid of marine animals (such as crabs and starfish). It's been remarked that he keeps his home tidy, but not very orderly, and his underwear was scattered about his house in rather random places. In contrast to his brother, Canada is calm, shy, sensitive, and hates fighting (But, it is said that he is a very strong fighter). . Despite this, he is often mistaken for his brother and has found himself in trouble for incidents that America has caused. When he is not being mistaken for his brother, other nations tend to forget that he exists. Denmark is said to be full of youthful humor, though he is also very stubborn and 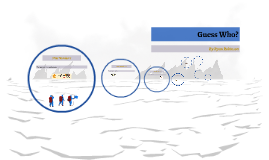 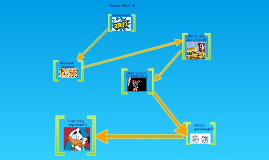 Transcript: I have perciengs?! LIKES TO PLAY BASKETBALL!? In honor classes! I like to eat alot of food! Guess Who? :P I am very impatient!?. 8TH GRADER!?

Transcript: 1. Students are able to communicate with others using target expressions. 2. Students are able to ask and answer questions about the picture: What's he wearing? 3. Students are able to describe people's appearances or emotions. No, he isn't. He's a man. No, he isn't. Yes, he does. No, he isn't. He's handsome. Yes, he is. It's Superman! No, he isn't. He's a man. Yes, he is. Yes, he does. No, he isn't. He's angry. It's Batman! blue jeans brown sneakers white pants a pink skirt a green cap a yellow dress a black shirt a yellow sweatshirt Role Play question form: be + subject + adjective A: She's/He's wearing ___________. A: I'm looking for my _________. Who is it? Is he wearing a mask? I am smart. He is crazy. She is cute. We are tall. They are short. The hat is red. Super Happy fun Time! He is wearing glasses. She is wearing a pink skirt. A: Excuse me, officer. Is he wearing a mask? Are you crazy? Am I pretty? Is he ugly? Is he ugly? Is it a woman? Does he have black hair? Is he happy? B: Hello. How may I help you? Who is it? B: Oh! She's/He's __________. holding a ball sitting on the bench looking at the elephants over there right here Guess Who? - Describing Appearences subject + be + adjective B: Ok. What's she/he wearing? present continuous form: subject + be +'v'ing Grammar Zone Is he wearing blue and red? Today's Learning Objectives Does he have a blue mask? Is it a woman?