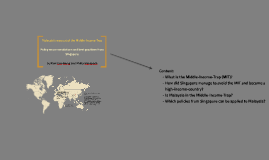 Transcript: Part I: The Middle-Income-Trap developing countries enjoy high comparative advantages in manufacturing due to cheap labour as the national income increases and industrialization advances, wages rise country loses competitiveness due to rising wages but somehow can't catch up with rich countries Reasons? Often cited: lack of human capital; insufficient infrastructure; unstable institutions, politics, administration Positive outlook for Malaysia: per capita growth at 4% (average) since 2010 (3.5% for seven yrs was benchmark in our lecture) Malaysia 2020 programme aims for high-income-status by 2020 At 4% per capita growth: ~13.300$/capita in 2020 (comparable to Poland) Summary: Malaysia is on the right trajectory to escape the middle-income-trap! Which measures need to be taken, though? "Policy Brief: Law and Development of Middle-Income-Countries" World Bank: Middle-income countries at a glance The World Bank classifies countries with a 2012 GNI per capita between $1,035 and $12,616 as middle-income. Currently, there are 108 MICs In 2012, MICs housed roughly 4.9 billion of the world’s 7 billion people, including 73% of the world’s poor Of 101 middle-income economies in 1960, only 13 became high income by 2008 MICs are geographically dispersed, with a particularly high concentration in East Asia, Latin America, and Central and Eastern Europe Therefor our recommendations to Malaysia: Now low cost manufacturing has been already outsourced. Stratfor identifies the "Post-China 16" as successors HDB: giving people a stake in society -> political stability Example: China Once called "the workshop of the world" Rising wages, new middle-class and budding institutions (social security etc.) emerge Source: World Bank Group World Development Indicators Do you agree? If not, why? Thank you for your attention! Is Malaysia a victim of the Middle-Income-Trap? Rise of the secondary sector due to low wages MIT-danger also high: rising costs for geriatric care, health etc. share of high-tech-exports has decreased FDI very low (~1% of GDP) + stable inflation + credible monetary and fiscal policy + sound financial/macroprudential measures World Bank data (2013): GDP (current US$) $312.4 billion 2013 Population (Total) 29.72 million 2013 GDP/capita (current US$) 10,511 classification upper-middle-income the MIT is usually identified when growth slows down before high-income-status has been achieved Content: What is the Middle-Income-Trap (MIT)? How did Singapore manage to avoid the MIT and become a high-income-country? Is Malaysia in the Middle-Income-Trap? Which policies from Singapore can be applied to Malaysia? social indicators are developing well: access to sanitation: both rural and urban constantly high at 96% per capita health exp. (at PPP) tripled between 1995 and 2012 life expectancy increased steadily from 71 yrs (1990) to 75 yrs (2012) high HDI (0.773) and growing - skill-mismatches as largest problem - educational reforms on track, but increasing difficulty: ever increasing performance during budget-cuts (setting priorities) - brain-drain - quality control in private universities - educational attainment at basic and secondary level In Conclusion: which policies are promising to copy? - Creating middle-class people through property: HDB for Malaysia? -> prevent concentration of best workers in few areas - Increasing cooperation between universities and companies: addresses skill-mismatches and improves R&D impact on local economy by better allocation of educational resources -> a cost-effective measure in times of shrinking budgets Quality of life: attract talent from other countries Malaysia's way out of the Middle-Income-Trap Policy recommendations and best practices from Singapore by Park Eun-Hong and Philip Hanspach - giving people a stake in society like Singapore with HDB (tackles brain-drain) - prioritizing strategic industries and promote related tertiary education (like SG with biotech, financial etc.) to address skill mismatch -... ... ... ... - Increase the global outreach of Malaysian economy -> in times of difficult market situations in developed countries, foreign investors can be "locked-in" to Malaysia - Intelligent urban planning (esp. traffic reduction, security) is needed to make Malaysian cities attractive to foreign specialists no definition of MIC besides wealth because the group is extremely diverse! High tech goods: keeping up with chain of manufacturing let's have a look at some other development indicators: Growth is slowing down, yet China is not a rich country. The Middle-Income-Trap has struck. How did Singapore become rich? Low wage jobs will be outsourced Most countries fail to climb up the technological ladder negative trend, much higher recovery in 2010 should have been expected! IMF (country report no.14/80): Visualization: Examplified by the rise of net national income in China since 1990: education: high-standard secondary schools, good English knowledge of workforce 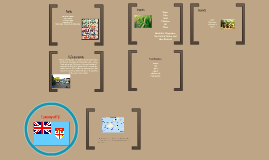 Transcript: Fiji's economy Fiji has a developing free-market based economy, but still has not developed an independent and effective legal system yet. Fiji is one of the most developed economies in the Pacific island relam. It's economic freedom score is 57.2, making its economy the 105th freest in 2013 and is ranked 18th out of 41 countries in the Asia–Pacific region. Gold Beverages Garnments Sugar Economy of Fiji Sugar Rice Gold Tobacco Oil Tuna Australia, Singapore, the United States, and New Zealand Natural Resources Exprorts timber fish gold copper offshore oil hydropower Facts The island state of Fiji is located in the South West Pacific, situated midway between the South Pole and the Equator GDP is $4.1 billion 2.0% growth 4,620 per capita inflation is 8.6% Fijian Dollar: 55cents is one fijian dollar Location Imports 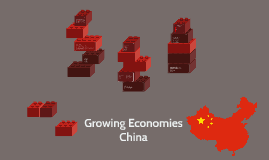 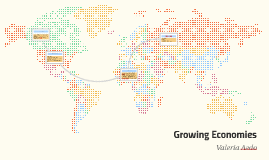 Transcript: Growing Economies - Urbanization - New jobs - Reduction of poverty - Rise of African middle class - Africa is known as the poorest continent in the world. - During the past years poverty has been decreasing and encomy increasing. - Opportunities Importance - The Ivory Coast, Egypt, Ghana and Algueria have Africa’s fastest growing economy. - Oil exportation in Algeria, Angola, and other countries increased 4% to 7.1%. - Economy development allows growth of telecomunications, banking and retailing. Concequences Valeria Aedo Characteristics Main industries: - The Egyptian Cotton Industry - Oil industry in South Africa: crude oil and the search for oil deposits - The extraction of gold in Witwatersrand Basin Context 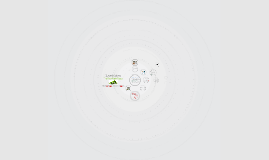 Transcript: Command Economy PROS PROS There is an equal amount of control Private enterprise is allowed to thrive on its own The government can have a defined role as referee Has problems producing the right exports Difficult to obtain information about the needs of consumers Creates a highly powerful government which is limiting individual rights in order to pursue economic goals Mixed Economy CONS CONS It is dependent on Mother Nature It can be detrimental for the environment It is not subject to change -An economy in which traditions, customs, and beliefs shape the goods and the services the economy produces, as well as the rules and manner of their distribution. Countries that use this type of economic system are often rural and farm-based. Well-known Countries/Regions/Continents with Traditional Economies- Middle East, Asia, Africa and South America, etc. Businesses could overcharge Few regulations on growth (could hurt small businesses) Can create an imbalance in the economy Little government intervention Decisions made by businesses and people Encourages competitiveness - An economy in which production, investment, prices, and incomes are determined centrally by a government. Well-known Countries with Command Economies: Cuba, North Korea, the Soviet Union, and China -It is a golden mixture of capitalism and socialism. Under this system there is freedom of economic activities and government interferences for the social welfare. The concept of mixed economy is of recent origin. Well-known Countries with Market Economies: Iceland, France, Sweden, the United Kingdom, and the United States Mixed Economy Representation Traditional Economy Command Economy Apecsecadmin. "Apecsec.org." Apecsecorg. N.p., 2014. Web. 20 Sept. 2016 Http://connectusfund.org/author/connectusfundadmin. "8 Remarkable Pros and Cons of a Traditional Economy." ConnectUS. N.p., 2015. Web. 20 Sept. 2016. Http://connectusfund.org/author/connectusfundadmin. "10 Significant Pros and Cons of the Market Economy." ConnectUS. N.p., 2015. Web. 20 Sept. 2016. "6 Key Pros and Cons of Mixed Economy | NLCATP.org." NLCATPorg. N.p., n.d. Web. 20 Sept. 2016. "Mixed Economy: Meaning, Features and Types of Mixed Economy." Economics Discussion. N.p., 2014. Web. 20 Sept. 2016. Root. "Market Economy." Investopedia. N.p., 2015. Web. 20 Sept. 2016. "The Definition of Command Economy." Dictionary.com. N.p., n.d. Web. 20 Sept. 2016. "Traditional Economy." Wikipedia. Wikimedia Foundation, n.d. Web. 20 Sept. 2016. The Four Main Types PROS Command Economy Representation The distribution of resources is well known It is more sustainable It fosters togetherness and cooperation CONS By: Eva Bumsted and Clayton Brosend Market Economy Representation Traditional Economy Representation CONS Mixed Economy PROS Traditional Economy There is a challenge in finding a balance between market freedom and wealth equality The government can go to far Governments may limit the size of large companies due to rules regarding monopolies and anti-trust laws Economic Systems: Market Economy - An economy where economic decisions and pricing of goods are guided solely by the interactions between citizens and businesses. Well-known Countries with Market Economies: Singapore, Australia, and Hong Kong (Many people think the U.S. has this type of economy, but in fact, we don't because we have a decent amount of government interference.) Market Economy Can prevent monopoly power abuse Important at mobilizing economic resources Ensures the realization of well-defined long-term goals MLA CITATIONS 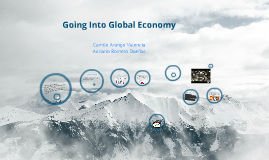 Transcript: Mexico is going to be the 5th or 6th biggest economy in the world by the year 2050.... The Group of Eight (G8) is a forum for the governments of eight of the world's largest economies. (It excludes, however, two of the actual eight largest economies China 2nd and Brazil, 6th Bibliography Economic World Order Mexico in the world Is an international finance group consisting of the finance ministers from seven industrialized nations Camilo Arango Valencia Adriano Romero Dueñas G8 BRICS is the title of an association of leading emerging economies, hey are distinguished by their large, fast-growing economies and significant influence on regional and global affairs. As of 2012, the five BRICS countries represent almost 3 billion people, with a combined nominal GDP of US$13.7 trillion Is the value of all final goods and services produced within a state in a given year. The GDP dollar estimates given on this page are derived from purchasing power parity (PPP) calculations http://www.worldbank.org/ http://www.moodys.com/pages/default_mx.aspx http://www.standardandpoors.com/home/es/la http://en.wikipedia.org/wiki/Economy_of_Mexico http://en.wikipedia.org/wiki/List_of_countries_by_real_GDP_growth_rate_(latest_year) http://www.businessinsider.com/29-of-the-worlds-fastest-growing-countries-2012-6?op=1 Going Into Global Economy GROSS DOMESTIC PRODUCT Global GDP Mexico is not part of the BRIC´s because with South Corea he signed to be part of the Organisation for Economic Co-operation and Development (OECD BRIC The economy of Mexico is the 13th largest in the world in nominal terms and the 11th by purchasing power parity, according to the World Bank. As an export-oriented economy, more than 90% of Mexican trade is under free trade agreements (FTAs) with more than 40 countries, including the European Union, Japan, Israel, and much of Central and South America. The most influential FTA is the North American Free Trade Agreement (NAFTA) G7 G 10 PIGS The global Economy is organized in diferent groups and these are them: G 20 PIGS is an acronym that refers to the economies of Portugal, Greece, Spain, and either or both Ireland and Italy. It is not an official term... GDP Here we have the global GDP based on colors and based on graphics The G- 20 are the industralized countries (G-8) with tne NiC`sNIC (Newly Industrialized CountryNICs are countries whose economies have not yet reached Developed Country status but have, in a macroeconomic sense, outpaced their developing counterparts The group of countries that have agreed to participate in the General Arrangements to Borrow "GAB ":agreed to make resources available to the IMF for drawings by participants, and, under certain circumstances, for drawings by nonparticipants