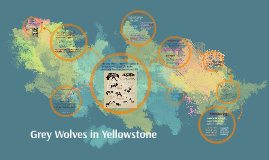 Transcript: Monitored through mark (with radio collars) and release Grey wolves eat elk. They historically kept the large herbivore populations in check. (National Park Service, 2015) Continued monitoring and increased mark, capture and release. When the wolves were basically exterminated, the elk population exploded and overgrazed on the primary producers (Beschta & Ripple, 2012). Techniques other stakeholders are all positively affected as their popualtions are healthier due to the cascading effect of wolves in the area. Work Cited Between 2012 & 2014 more than 1,100 wolf killings were documented. Grey Wolves in Yellowstone Grey Wolf Wolves also leave the carcasses of their kills in the environment. These carcasses feed scavengers such as ravens and bears. Actions Beschta, R.L & Ripple, W.J. (2012). Berry-producing shrub characteristics following wolf reintroduction in Yellowstone National Park. Forest Ecology and Management. 276. 132-138. doi:10.1016/j.foreco.2012.03.035 Defenders of Wildlife. (2015). Basic facts about Grey Wolves. Retrieved from http://www.defenders.org/gray-wolf/basic-facts National Park Service. (2015). Wolf information. Retrieved from http://www.nps.gov/yell/learn/nature/wolfinfo.htm Wagner, S.C. (2010). Keystone species. Retrieved from http:// www.nature.com/scitable/knowledge/library/keystone-species-15786127 Yellowstone National Park Wolves. (n.d.). Retrieved November 2015, from http://keepwolveslisted.blogspot.com/p/yellowstone-park-wolves.html Grey wolves indirectly help smaller mammals, such as beaver and foxes, by keeping the populations of larger ungulates (elk and moose) at their carrying capacity for the environment. Data continually collected in the GYE through observation and analysis of photographs. This data showed the increase in the elk population and the cascading effects This is important because beavers “hydrogeomorphic processes and thereby increasing sediment retention, maintaining wetlands, modifying nutrient cycling, and ultimately influencing plant, vertebrate, and invertebrate diversity and biomass” (Ripple & Breschetta, 2004). Wolf protection Increase the radio collar marking and monitoring The Grey Wolf is a keystone species in its ecosystem. Especially in the Greater Yellowstone Ecosystem (GYE). So far, only "marked" only about 20% of the population. With less elk to graze on the primary producers, there have been increases in the songbird population, because of the health of the tree stands. Since wolf reintroduction there has been a 10 fold increase in beaver populations in the GYE. (Defenders of Wildlife, 2015) Impact Monitoring They were placed back on the list in 2014, and need to continue to be there to ensure the health of the GYE. Without the wolves, the overall species diversity and richness will decrease as it did when the wolves were not present in Yellowstone. (Wagner, 2010) In 2012, the grey wolf was taken off of the endangered species list in Idaho, Montana, and Wyoming. Because of the high numbers of elk, ranchers have not been negatively affected as was a concern. Provisions in place for aid to those that are negatively impacted by wolves. (Beschta & Ripple, 2012) The wolves have also decreased the population of coyotes. This decrease has allowed smaller mammal populations to rebound (i.e. vole and foxes), as well as the population of proghorn that had been almost wiped out due to coyote predation. What if they aren't protected? With continued protection, the wolves will keep the herbivore populations, such as elk and moose, in check. The overgrazing primary producers leads to soil degredation and stream unstability. These can affect humans that live in the areas. As population increases, hunting that is strickly regulated can be allowed. Fines imposed for illegal hunting. Interactions This had a cascading effect on other animals in the GYE. Beaver numbers declined because of a decline in willow stands. Songbirds declined because of a decline in aspen stands (Wagner, 2010). More advantages 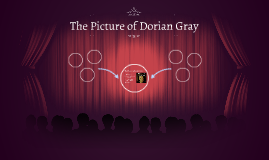 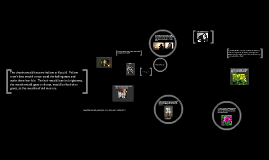 Transcript: What is Beauty? "Lord Henry Wotton could just catch the gleam of the honey-sweet and honey-coloured blossoms of a laburnum, whose tremulous branches seemed hardly able to bear the burden of a beauty so flamelike as theirs." Lord Henry's influence corrupts Dorian's innocent mind, causing him to lead a sinful life. The cheeks would become hollow or flaccid. Yellow crow's feet would creep round the fading eyes and make them horrible. The hair would lose its brightness, the mouth would gape or droop, would be foolish or gross, as the mouths of old men are. Why Dorian Gray was able to lead such a sinful life? In Adonis's Greek tale, the blood from his death causes an anemone to grow. An anemone is a flower, and Wilde uses flowers through out the novel to symbolize beauty Wilde's definition of beauty. The Laburnum is a poisonous tree of the pea family. It is used to symbolize Lord Henry's influence on Dorian and foreshadow the events to come Beauty and Ugliness in Dorain Grey The definition of beauty changes through time, currently it is focused on more physical characteristics. In the past there were high values placed on inner beauty, i.e. Virtuous women. Dorian is compared to Adonis, the Greek god of beauty and desire, in his physical beauty and obsession in fulfilling his life with luxury and his desires. Ugliness. Dorian's vices have consequences on his soul that would make him ugly. Wilde diction expresses Dorian's disgust and fear of growing old. 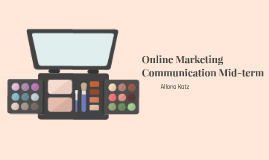