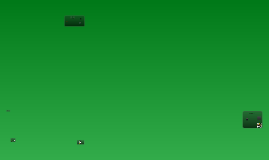 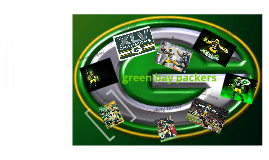 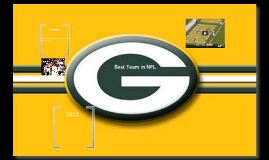 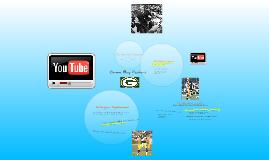 Transcript: Green Bay Packers In 1996, the Packers won Super Bowl XXXI Returned to the Super Bowl the next year, but lost to the Broncos Announced controversial retirement in 2008 Went on to play for the Jets and Vikings Favre broke several all-time records Consecutive games played Touchdown passes Interceptions Mr.Rodgers' Neighborhood The Packers drafted Aaron Rodgers in the first round of the 2005 NFL Draft After a season riddled with injuries, the Packers won Super Bowl XLV Rodgers was named Super Bowl MVP Won the first two Super Bowls The Glory Years Founded by Earl "Curly" Lambeau (Lambeau Field) The Brett Favre Era Vince Lombardi was the head coach Founded in 1919 Won 5 World Championships in a seven year span Bart Starr, a Hall-of-Fame player, lead the team as quarterback 2nd oldest franchise Packers acquire Brett Favre from Falcons in 1992 The Start of a Dynasty 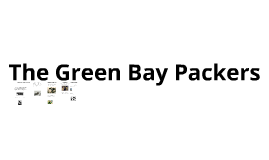 Transcript: The Green Bay Packers History of the Packers There was a group of athlets that decided to got a football team together. (known as the packers) They got money from Lambeau's employer at an Indian Packing Company to get money for the team. One person that started the packers, was Curly Lambeau. The Hall Of Famers Another Hall of fammer is Paul horning he was inducted in 1986. Paul was the halfback. He made 66 field goals, 22 fumbles and, 62 touchdowns for a total of 760 points. The Ice Bowl The Ice Bowl was in 1967. It was named the ice bowl because it was 13 degrees bellow zero. The packers won the game 21 to 17 when Bart Starr used a quarterback sneak. Famous coaches Curly Lambeau is one of the known coach for the Green Bay Packers. He was one who statred the Green Bay Packers in 1921. He guided the Packers into 6 National Football League championships. Another famous coach was Vince Lombardi. He is the most famous Packers coach. He coached from 1959 to 1967. While he was coaching the packers won two superbowls. One of the hall of famers is Bart starr. He was inducted into the Hall of fame in 1977. He was 6-foot-1 and weighed 197 pounds. 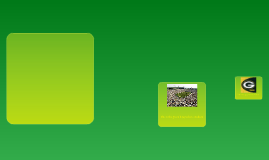 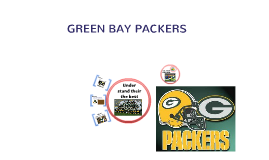 Transcript: THE BEST JERSEY'S 2010 Subject 1 Under stand their the best super bowl champs Subject 2 THERE THE BEST TEAM IN NFL One of their best games Subject 3 And one more thing... GREEN BAY PACKERS THE BEST QUARTER BACK EVER (ARRON ROGERS)