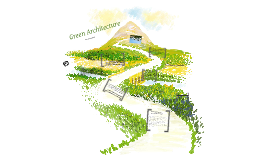 Transcript: Green Architecture Sustainable architecture is a general term that describes environmentally conscious design techniques in the field of architecture. Sustainable architecture is framed by the larger discussion of sustainability and the pressing economic and political issues of our world Why should we even care? -solar panels -thermal efficaint windows Describe the importance of LEED certification. Why is it important for builders and architects to be conscious of the environmental impact of their choices? Green building’ is a collection of design and construction strategies that significantly reduce or eliminate the negative environmental impacts of a building while providing healthy indoor space for its occupants. What kinds of construction materials are “green”? "Green" means clean and whe we have green building we have building that emit low amounts of toxins in to the air, use solar enegy to power the building. What are the latest trends in “green building”? architects must take green architure in to consideration when builing because we need cleeaner toxin free environment and the only way that will happen is by making everything green. For a Cleaner Earth What kinds of buildings would be considered “green”? Works cited buildings with solar panels for cleaner energy sources are considered "green" What does green architecture mean? -http://www.sustainabilitystore.com/sustainable.html -http://en.wikipedia.org/wiki/Green_Architectur -http://invention.smithsonian.org/downloads/leme lson_greenbuildingtour.pdf So we can protect and preserve our planet for future generations What does sustainable mean and why is it important? Sustainability means living within the resources of the planet without damaging the environment now or in the future. How does “green’ relate to energy, air quality, lighting, solar power, climate? The LEED (Leadership in Energy and Environmental Design) Green Building Rating System® is a voluntary, consensus-based national standard for developing highperformance, sustainable buildings. 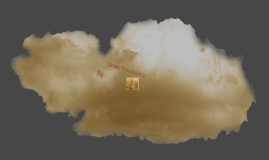 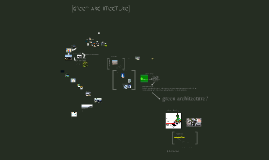 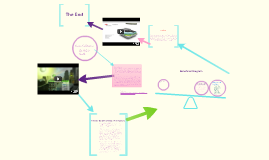 Transcript: Green architecture In cities, with thousands of square meters of solid, impermeable asphalt and concrete surfaces, when it rains, it literally pours -- straight into drainage pipes, which then empty into the sewage system. Too much water too fast, the system can explode, leaking raw sewage. But green roofs retain or absorb rainwater much like a sponge, slowing its flow, and according to Brad Rowe, associate professor of horticulture at Michigan State University, which boasts its own green roof research program, retain between 60 and 100 percent of rainfall, depending on its intensity and duration. "Sixty percent is a surprising average. The normal roof might hold only five percent," he says. Another benefit green roofs offer is they combat "urban heat island effect," a phenomenon that essentially means that cities are hotter -- by roughly 10 degrees Fahrenheit -- than their surroundings. "Modern architecture is essentially closed blocks of concrete and glass. Heating and cooling these structures is done with high energy output and considering limited oil reserves and rising energy costs, this is a highly negative effect," says Dr. Manfred KÃ¶hler, spokesperson for the Berlin-based World Green Roof Infrastructure Network, and also professor for landscape ecology at Neubrandenberg University of Applied Sciences. KÃ¶hler studied urban vegetation under Dr. Reinhard Bornkamm, whose scientific research kick-started the green roof movement in Berlin in the 1970s. Because city surfaces absorb, rather than reflect the sun's heat, surface temperatures quickly rise. Green roofs, however, make a noticeable impact on a building's heat and gain loss. During the summer, for example, the temperature of a gravel roof can increase by as much as 77 degrees Fahrenheit, fluctuating between 140 and 176 degrees Fahrenheit. But covered with grass, the roof temperature doesn't rise above 77 degrees Fahrenheit. Not only do they absorb less heat, green roofs also help cool their surroundings, suck up airborne toxins and put oxygen back into the air. Not Everyone Will Want Plants The benefit of Green technology We can easily change the pollution of the cities, the heat, and the rain. Heat The End Conclusion "In my opinion, green roofs offer so many benefits -- they reduce energy consumption, create greater biodiversity and help mitigate the effect of urban land use. For a few additional costs, they bring greater long-term economic benefits, as well as a hugely better environment in the city center," says Kohler. l Because most people think that going green is not the solution to better cleaner world. Not everyone will want to make the change. Beneficial Diagram It will be hard to plant and grow on the roof. Because you will have to put layers of soil and rock to help stabilize the plants through rain drainage and good soil to help prosper plants. Another Benefit of Green Architecture It is difficult to adjust Works Cited http://www.mlive.com/environment/index.ssf/2012/01/brad_rowe_green_roofs_provide.html Green Architecture By: Sabrie Smith 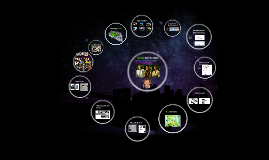 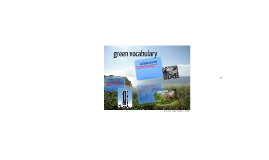 Transcript: green vocabulary a relativly tall building of many storys high. sky scrapers have many floors to hold many rooms and people. a building, room, or area that is made for plants of any kind by changing the tempature. an ancient amphitheater in rome. the roman colosseum was made of stone and seated 50,000 people. Photo credits: 'horizon' by pierreyves @ flickr colosseum greenhouse Here is some context. Provide some common ground. Or something from the present, that we should look beyond. Wowing template. Click through in 20 steps. skyscraper So... An Example: Here is something small... 30 But we can move beyond the present. Why? 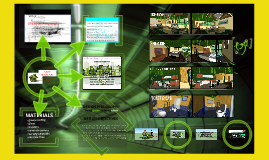 Transcript: Green Architecture Efficiently using energy, water, and other resources Protecting occupant health and improving employee productivity Reducing waste, pollution and environmental degradation -A 2-Storey Residential House with a concept of Green Architecture -Inspired by Modern Contemporary Architecture Style -Oriented Facing the East -Has a lot area of 360 sq. m -Composed of 3 bedrooms, 2 T&B’s, a living area, kitchen, dining area single carport, balcony, roof top garden, porch and a pond -Located at Brgy. Lumipa, General Emilio Aguinaldo, Cavite CONCEPT BOARD The house consists of a series of horizontal planes that terrace along the edges. Its design is based on the Utoplan Modernist Concept of blurring the distinction between inside and outside spaces. DESIGN PHILOSOPHY To be able to use natural materials as the main reinforcer applied in building the house. To be able to combine the modernist perspective & the concept of nature. To be able to engage into a fresh and greener house, keeping the focus on the surrounding scenery. MATERIALS THE END HOUSE features DESIGN OBJECTIVES What is.. Member Member GREEN architecture? Member Member Member PHYSICS 215 LEC & LAB ELGA green roofing glass plasters concrete pavers variety of woods ceramic tiles "Being green, is being clean." Member (cc) photo by theaucitron on Flickr KENNETH PSALM PINGOY KAREN VILLANUEVA JONADEL NUÑEZA MARK VINCENT GUZMAN De La Salle University – Dasmariñas College of Science Physical Sciences Department